Finally figuring this site out, only took me two years.

I have a lot of characters with no art - HMU if you're an anthro/feral artist, sometimes I don't even have too clear an idea on what they look like.

Currently trying to arrange things in a more logical way.

Nearly all of my characters are currently authorised-only. One day that will change.

Find my DeviantART account at Antimoanyy. I don't upload a lot because I mostly draw shitty sketches now. "Real" art takes me too long. 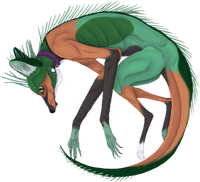 Posted 1 year, 8 months ago by Antimoany

Oh hello I've never done one of these before. Never touched DA's journals much either.

I'm rearranging all my characters into actual folders (finally) and uploading a load of "empty" profiles as placeholders so I'll remember to draw/get art for folks and write up proper bios or something for them.

Also, I've decided my world isn't that sacred. I used to hold my dreams as something profound, and I still do, but the world has begun to develop itself away from them. I can't influence the dreams but I can influence it when I'm awake. The world itself will remain unchanged, which is the most sacred and profound part; but I'll be inserting my own awake-created (and even bought) characters into it because. I want to.

There are a lot of people in the Inner World. I only really remember the most important ones, the others...fade into the background. So I'm going to supplant whomever and whatever I like over those, because I can.

This will make close to zero sense to all but the......three users I have approved but you're all this is really for so. Brace yourselves for character spam if you watch me. Feel free to just mass-dismiss them when they come up, I don't know how to make them not notify. 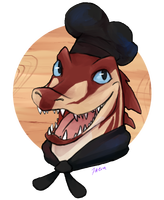 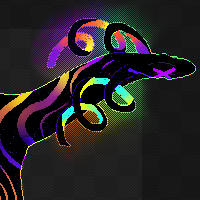