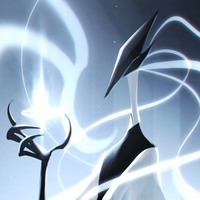 Posted 11 days, 6 hours ago by Auspice

Saw a MYO for these and they look very neat 👀

The deadline to claim a MYO is October 15th, though you can take longer to make the design -w-

Posted 1 year, 1 month ago by Auspice

A brief overview of my original worlds!

Click on titles to see all characters in that world.

Khimaer - Fantasy/Scifi Webcomic
Enter Khimaer, a world of magic with an advanced, globalized society established across it. Humans are born without magic, but slowly, their power grows within them until they have the potential to be transformed by it.
On Tapas and Webtoon.

.HUMaiN - Scifi Webcomic
Humans and computers have long been considered different entities, each with their own strengths and flaws. But in the era of 2520, almost every human is born in tandem with an AI, made to evolve, to become the perfect complement of the human. Together, they are two, but one. Together, they are the HUMaiN.
On Webtoon.

Nēr Light - Sci-fi/Fantasy Novel (in progress - follow AuspenCyanith on Twitter for updates!)
Alien vampires and dragons.
Nēr Light follows the logs of Sier Avaren as they work in the outpost Arcana on the alien planet Archeiah. All life there possesses ichor - a dark blue liquid - instead of blood, which absorbs the mysterious energy called "starlight" that radiates from the core of the planet. The Nulls are the most cognizant species on Archeiah, and possess ichor unusually concentrated in starlight.

Vices - Urban Fantasy
The world of the eldritch-descended Kavasi. Stories on AO3.

Ideation - Urban Fantasy
The world of my closed species Edeia - manifestations of abstract ideas. I have a Deviantart group, you can also check out the open adopts.

Celestial - Sci-fi/Fantasy
A world of beings born from stars.

Psion - Sci-fi
A futuristic world in which some humans have developed psychic abilities. Shared with Unluckiestblackcat.

Guidance - Urban Fantasy
Spirits finding their way in the world.

Redivivus - Sci-fi
The world fallen to the Redivivus parasite. Created by / shared with Unluckiestblackcat.