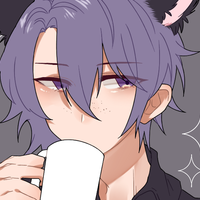 Posted 2 years, 1 month ago by Shinsou

Please stop bothering me on other social medias about rumors and shit from a drama blog, it's a pain to login to twitter for some art or shitposts and have 4 DMs from burner twitter accounts trying to get the "tea".

I was in Vom's server. Not at the beginning, first it was just Vom and Jayden, and then a few others, I joined later.
Yes, they repeatedly talked shit about other users. And yes, it was one of the reasons I left the server.
Yes, Jammy was classist and did make comments about how people saying they'd try and save for her layouts made her feel some kind of way.
Yes, we shit talked artists. All the time. Even ones we paid. At one point I was called "devil's advocate" for saying some artist who drew Jammy's shitty sylveon dainty rip off didn't do a bad job.
Yes, I accidentally called inuits "Eskimos" (which Gojiro quickly informed me was not the correct term).
Yes, I sent screenshots of a user who was talking to me too comfortably to @Jayden who shared it in the server to laugh at.
Yes, TH user @xerneas was made fun of in the private Mod Chat by literally everybody except Wicked / Eggy.
And yes, the TH user @Uraraka thought it'd be funny to tell Xerneas directly everyone had shit talked them when they were having a mental breakdown
Yes, everyone in the chat laughed at @Beefy's art.
No, I didn't "photoshop evidence" it's literally right here, I refresh the page and everything.
No, Vom didn't get into dramas because "Wicked and Jayden dragged them into it..." they were a cunt in their server from the get go.
Yes, they constantly got salty if anyone referenced or copied their coding, even parts, to the point of getting Jammy and Gojiro to block anyone who did it as well.

Vom, Fio and Jammy had some hidden chat without even us because for obvious reasons not even we were going to be safe from their shit talking, I don't doubt two others were in this chat but those two honestly were barely online as it is. Like, they took this TH coding shit so seriously to the point of forming a stupid trio cult to belittle and mock anyone, even their friends in it. Then once everything started coming out Vom nuked the entire server and swapped to ovob and Cheeriko because they're gonna pretend they're an "uwu sweet bean who is poor so they'd never ever ever mock the poor!!!"

The server was a toxic shit show run by shitty, toxic people. I don't deserve your money or support for the things I said and did, and especially because it was never my work you were buying. Which is exactly why I no longer have access to those codes. I was hiding behind the facade of a quiet person and I stupidly joined in on the toxicity. There's a dozen amazing people and coders on this site who deserve your support, myself, Sylueon / Togedemaru and Vom / Cheeriko / Cheerikola aren't one of those amazing people.

If you're in the coding community, do yourself a favor and avoid the shit out of them. Stick to each other, stick to public servers with other coders, don't become a shitty cult like that, sitting in a hidden chat mocking other users.

No, I cannot fix code problems for you, I never coded them in the first place. All credit for all my codes was to @bakuqou who had asked me to upload things for him, when dramas occurred, I asked him to take his codes back.

I apologize as sincerely and as honestly as I can, I genuinely am sorry for what I did, how I spoke about people, the bullying and the mocking I joined in on. I would go back and never do it for the victim's sakes, not my own, this is a shitty lesson I had to learn. I will not Vom and blame others, I said mean things, I mocked vulnerable users, I was toxic and absolutely undeserving of any support the TH community showed me. Which is why I elected to leave, and why I am leaving this account now.

With this, I'm changing this accounts password to random keysmashing and deleting my twitter. I'm tired, I can't believe something as stupid as ToyHouse coding could end up being so toxic and dramatic. And if the inevitable report + deleting of this bulletin because I upset the community's code saviour happens, here's an archive.

Good luck to anyone in the community.