The Archer family is the core of the Hunter species, a lineage of humans with keen senses that dedicate their lives to eliminating dangerous creatures. While many other branches of Hunters exist, the Archers are well renowned for their weaponry skills, intelligence, leadership, and near flawless track records. While Hunter politics do not include royalty, the Archers are the equivalent of such. They are well respected among bounty hunters and monster collectors, and are quite famous in the realm of battle and war, too. Although they can be quite fierce, the Archer family is also known for having a level head in the most difficult of situations. They do their best to protect those who are misunderstood, and punish only those who are irredeemable.

"There is some good in this world, and it's worth fighting for." -JRR Tolkien

While the Archer family began as purely Hunter, this family let go of purities a long time ago. While most Hunters are very reserved about going outside of their species, the Archers have found that intermingling has only strengthened their bloodlines by enabling more abilities and unique powers that have, once again, set them above other Hunters. This family is constantly looking for ways to strengthen their bloodlines, and they have found through mixing a variety of species (most by accident) into their family, they have produced Hunters unlike any others in history. Werewolves: A popular mix is Hunters and Werewolves. So popular, in fact, that some other Hunter lineages have taken on the concept. Hunters' keen sight and smell are only enhanced with the wolfy bloodlines added in. They gain in speed and power as well, with the biggest downfall being the inability to resist shifting on a full moon. Due to vampires being one of the Hunters' greatest enemies, it is only natural that taking on the vampire's other rival is a benefit. 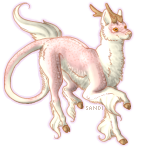 Kirins: Kirins provide a multitude of benefits to the Archer lineage. When directly mixed with a Hunter, the offspring of a Kirin have unimaginable strength that makes wielding any weapon a danger to anyone against them. With the ability to flit as well, a KirinxHunter hybrid who receives all of the natural Kirin abilities is a foe no one wants. The downside of mixing Kirins and Hunters, however, is that many of the offspring have little desire in fighting as they gain the soft, sweet, and shy temperaments Kirins are known for. The mixing also makes weaker Hunters when they do not gain any Kirin abilities. When a child receives all of the strengths of both species, however, they certainly make a strong addition to the family. Shapeshifters: Hunters were formed from the offpsring of humans and Shapeshifters, so it only makes sense adding shifters back into the bloodlines would strengthen them. However, that isn't so much the case. While some senses, longevity, and the added bonus of being able to shapeshift are advantages, most shifterxhunter mixes have little to no interest in monster hunting. They tend to lean heavily toward their shifter traits of self preservation, and would rather keep away from fighting. This is not always the case, however, as several in the Archer family are mixed with shifters and, perhaps more through nuture than nature, they have managed to make impressive Hunter prospects.

Mages: While mages are, in general, a wide variety of species, it is worth noting the impact mixing magical bloodlines has had on the Archer family. While all of the above creatures have a certain amount of magic in their bloodlines, those gifted with magical abilities beyond some innate enhancements have proven to make some considerably strong Hunters. Mixing magic with weaponry is, after all, a very old concept that has recently been brought anew through the Archer lineage. While magic was relatively unheard of by the family for quite some time, newly found friends, and newly formed children have brought some mage Hunters into the world.