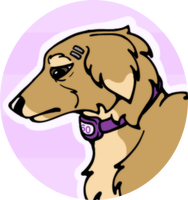 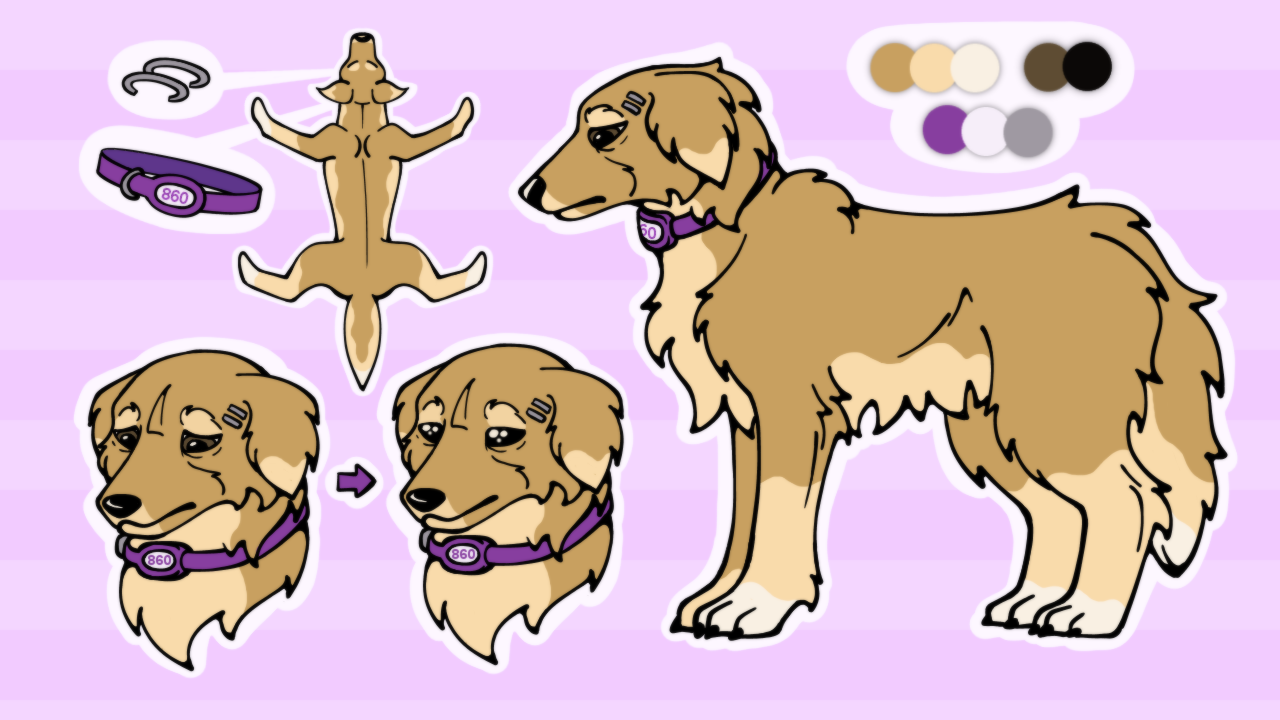 Poor Favorite is a severely depressed creature who seems to have given up on life. She doesn’t talk much, but whenever she does she never has anything positive or hopeful to say. She is also convinced that nothing good is going to happen in her life - and even if it does, something twice as bad is going to follow soon after. Basically there wouldn’t be much of a driving force in her life if it wasn’t for the fact that she is also morbidly afraid of isolation and loneliness. She rather endures anything else in the world than spends time without some sort of company in sight. If she is forced into solitude or is otherwise under an unbearable amount of stress, she goes into total panic and might even turn violent. Though nowadays her special trait (which will be described in detail later) usually kicks in before she manages to hurt herself or anyone else around her.

Unlike most dogs in the facility, Favorite doesn’t feel straightforward fear towards humans. Instead she is merely distrustful and wary of them but also in some way yearns for their approval. On the other hand she has always had somewhat strained relationship with other dogs: some have downright hated her, nowadays some pity her and many have forgotten she is even there, as she doesn’t make much noise about herself. Favorite seems to accept all of those options without complaining; after all she thinks it’s completely fine to despise her, as long as she just isn’t left behind.

Favorite is a 60 cm tall female Hovawart who looks slightly older than she really is due to her perpetually woeful expression. She has blonde and somewhat long fur, black nose, paw pads and nails, a purple collar with the serial number “860” on it and a couple of metallic staples on her left temple. (Under those she also has a coin-sized hole in her skull, but that can’t be seen from the outside. The wound that the staples are keeping together is also small and healed enough to be hidden by fur.) Her eyes are dark brown and whenever her special trait activates her pupils dilate significantly, making them look completely black. This irritates the eyes and makes them water and look like she is about to start crying.

When it comes to her expressions, body language and verbal communication Favorite can be described as despondent. Most of the time she barely reacts to things around her and gestures like smiling or wagging her tail are completely out of her range. The only emotions she ever seems to show are fear and anxiety and she naturally doesn’t like inserting herself into situations that lead to either, so usually she is just trying to blend into the background and wish everyone forgets she even exists.

Favorite was born into BRI and has never visited outside world. Her puppyhood was very uneventful and she mostly lost contact to her family members when she was ready to be moved to her own cage. It wasn’t a huge deal for her, because in exchange she got something extremely special in the laboratory’s standards: kindness, affection and time from one of the scientists. No dog – including herself – knew why she was never subjected to cruel tests but instead she was allowed to have recreational time practically daily with her human who she grew to love and trust from the bottom of her naive heart. Of course other dogs were not happy with such injustice: some envied her and some spat her new nickname, Favorite, out of their mouths like it was poison. The young dog didn’t really care though, as long as she had her one and only human by her side.

But obviously the happy days did not last forever. After a year or so the humans moved on to the next phase of their plan: testing treatments for someone who has to endure total isolation from their loved ones in extreme conditions such as submarines or space shuttles. Apparently they had already tried to test it on other dogs, but the isolation simply hadn’t caused as severe symptoms as they had hoped for in animals that had already spent their whole lives alone in a cage. That’s why Favorite, the next generation test subject, had been first coaxed to form a strong bond with one of the scientists. Her breed was also chosen on purpose, as Hovawarts are known to be deeply devoted to their family.

For the next years Favorite spent long, miserable periods of time completely separated from other living beings and even when she was returned to her cage, she got no special treatment from the scientist ever again. In time this completely broke her and she started to turn into a husk of her previous self. Some dogs thought she deserved her fate and continued to use her nickname now in a mocking manner, while most of the others were too tied to their own lives to be interested enough to object.

The first tests of the scientists mostly revolved around different sort of drugs, but none of them significantly helped the extreme anxiety Favorite was experiencing when she was in isolation. Eventually they moved on to a chip that was installed into the dog’s head. It took a couple years of trial and error, countless surgeries and an endless amount of fine-tuning, but in the end the chip started to achieve some sort of positive results. Unfortunately it was still very much a work-in-progress when the humans one day vanished from BRI and left the test animals to their own devices.

Favorite’s special trait is the chip installed into her head. Whenever she is under severe stress or starts to panic, the chip makes her “freeze” in place and go completely still and unresponsive for a while. During this her pupils dilate and start watering. The dog eventually snaps out of it and when she does her panic has more or less subsided. All of this works in rather unpredictable ways: sometimes the slightest trigger can cause the chip to activate, sometimes even the most severe stress in the world doesn’t do it immediately. The freeze can also last anything from seconds to hours and there doesn’t seem to be a way to predict how long any single case is going to last. To Favorite it all feels like fainting: she isn’t conscious during it, but afterwards she usually does realize that “the weird thing” has happened again. She also knows something about the chip that the scientists never learned: if she has some sort of question or problem in her mind when she freezes (“How do I get out?” “Why is this happening?”), her subconsciousness might figure out a solution for it during the freeze and it will be the first thing she thinks or even says out loud when she becomes conscious again. Like the chip in general it’s very unreliable and works in pretty mysterious ways, but it wouldn’t be totally impossible to learn to take advantage of this with enough time.