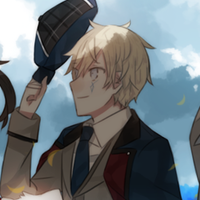 Anholly's childhood friend who is her only constant visitor. Knowing the truth about her situation, Riov brings her supplies from the nearby town. Before he died, Anholly's dad entrusted Riov with supporting Anholly.

Riov hates social situations and seems like a mouse about to have a heart attack, but is strikingly dry and relaxed with people he's familiar with. And by "people," it's really just Anholly and his parents. He wants to improve in this aspect, but has difficulty taking the first step, even with Anholly constantly encouraging him.

Riov's hat and coat are treasured presents from Anholly. The coat is still too big on him, so he wears it on his shoulders for now.

Due to his species, Riov has had more strength than a normal human adult since he was young. He couldn't control it back then, but he has it mostly figured out now. However, Riov has no interest in combat so hasn't trained himself further. 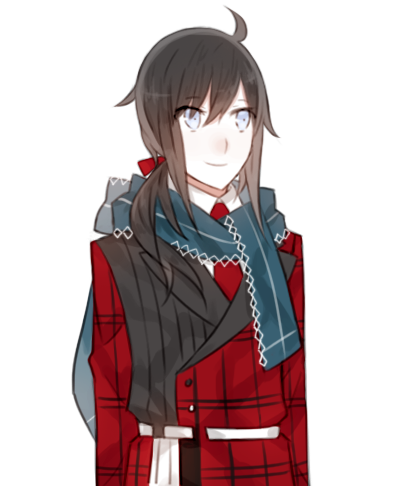 Anholly was the only person who managed to pry her way into Riov's life even after he accidentally broke her arm on the playground. The two have been besties ever since. Although they got off on the wrong foot and their personalities collide, Riov appreciates the company that only Seihuo can provide for Anholly. Riov accepts that she's happier with Seihuo around.