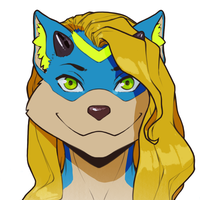 Draykonna are a warrior race of Amazonian Females with bear and dragon like features across the whole body. It is a heavly Dominant Matriarchal society,as males tend to be smaller and less suited for combat situations. However, there have been many times where males have been given exception into the ranks of their large female counterparts.

While females are the hunters, leaders, and providers, the males take on the role of home care and "stress and tension" releas for their mates/ tribe.