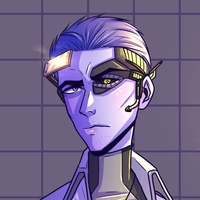 I would like to make him a NPC of my role play universe.

Tetsuo would in charge of the inquisition in the Æther (basically, the world where live the Chaos and the demons). His role would be to chase and destroy any entities that are "unnatural" (by the Æther standards) : Merges between imps/succubus/demons, Monstruosities, ... you name it.

What I have in mind here would be to have him be after my character Catnixi, who is a half demon half succubus. He would be a recuring NPC my players would have to defeat or avoid in multiples scenarios.

If I get him, I'll provide him a sword that will become his signature weapon (the design of the sword itself is not done. If you want to impose if, then go for it)

I'll also get him some HQ art, as I will offer him a forever home.

I'll add some more precisions on this WTA, as I have writen more informations about this scenario.

This character will mainly be seen by my players in the Æther storyline.

A the begining of the scenario, the players will activate an old portal to the Æther, in an atempt to save Vivianne (a half demon/human).
As soon they arrive, they will have to search for Catnixi, a half demon half succubus, linked to Vivianne (they share a demon spirit, cursing them. They want to break the curse.)

In the meantime,  Tetsuo being the chief of the secret police will have arested Catnixi to find out why sh is half a demon, and ultimately kill her (which would kill Vivianne at the same time)

My players will have to find  Tetsuo and defeat him (spoiler : they wont : he will flee before being killed) to get back Catnixi. 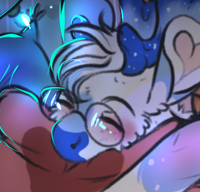 This is very VERY old reply, but if you would still like them, please let me know and I will send them along. For some reason I was positive I HAD sent this to you o0;

Oh, don't worry for the delay.
Yes, I would still like them. My players have not yet met him, so I can totaly use him as planed initially, and honestly, I love his design, so I'll definitely integrate him !

Thank you so much !