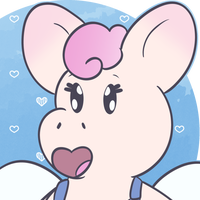 Gender: Female, and nothing else, ever

A young trans girl terrified of sticking up for herself, and only slightly more terrified of having a body she hates. Upon finally having a word for why she felt like a girl stuck in a boy body around age 14, she told her parents without hesitation, assuming she could trust them. They reacted… well, better than some, but not well. She became so scared after their initial rejection and attempts to make her “not trans” that she stopped bringing it up, hoping that once she was an adult she could get hrt right away and hope her body wasn’t beyond repair. But in those 4 years between coming out and adulthood, her body changed, it changed in ways she couldn’t bear to live. But hrt was right around the corner- right? …right? The day of her 18th birthday, she told her general practitioner how she felt, how badly she wanted hormone therapy, and how unbearable her dysphoria was. She poured out her soul, and she was met with the grave news. She would have to wait 4 years to finally be seen by a specialist, where she would be interrogated, to prove that she’s truly transgender. And the kicker? It would be another 3 years until she could actually have estrogen in her body.

So she waited, maybe college could distract her long enough. It’d be worth it, right? She tried, but then she couldn’t keep up with her studies, the pain was too much. She flunked out, and her parents were livid. She was now stuck at home again, all freedom she had in her dorm ripped from her, unable to express herself in any way. If her parents found all the hand-me-downs she got from thrift stores and charity shops, they could throw it all away, they could kick her out! But the pain didn’t stop. It would never stop. Just after a year of waiting, hoping for anything to move her up in the queue, she made a decision. She could no longer stand to live in this world. She has always been… spiritual. Hoping that maybe there was an afterlife, or maybe she could reincarnate as her true self, no longer bound to the body of a stranger. She held onto that hope, and it only grew stronger over the course of that year. She had nothing left, so she took a chance. A few bottles of pills later, a horrific feeling, watching the world fade out, and-

Then she woke up.

Her adventure is just starting, but she finally feels happy- no, better than happy. She feels right. She doesn’t know why, or how she’s here. She doesn’t know how she became herself, her real self, but she will never stop being thankful for it. Oh uh, though she is a pint-size dragon creature thing? But that’s hardly an afterthought when she’s really female. And cute! She’s so cute, and she loves it. She woke up with these weird friends, I wonder if they came here the same way? It’s better for them to tell her. This is her chance to start over, to really be herself, and no one, and nothing is going to take that away. Not even her secret, not even her life before. She’s still scared deep down, and she still has some self-loathing from before. She often panics and cries easily, and seems rather skittish. Sometimes, certain things make her curl into a ball and cry, and she mumbles to herself. More than anything, she can finally be happy, and she’s going to make it work, no matter what.