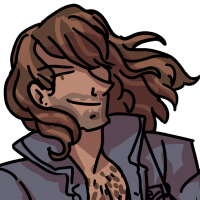 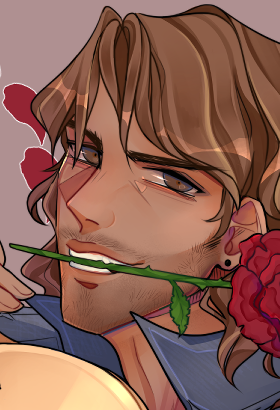 Tunes
Your Body is a Wonderland - John Mayer 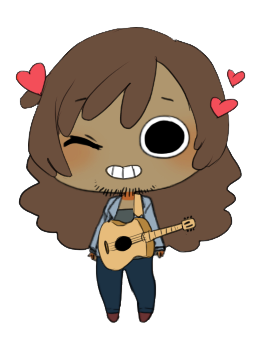 Santiago is a douchey guitarist who writes a lot of love songs that girls adore but are really kind of sleazy if you listen to the lyrics. Just like Santiago himself. The man is only here to get paid and to get laid. He's incredibly self-absorbed and vain and it's impossible to get him interested in anything that doesn't involve himself. He doesn't have a lot going on upstairs, but he's pretty, and that's really all that matters.

The comic takes place in 2007, so he is, of course, a MySpace star. I don't remember what the MySpace equivalent of DMs were, but he's ready to slide into yours.

He is polydactyl: he has six digits on each hand and foot (like this family, the extra digits are between his thumb/big toe and first finger/toe), and they're all fully-formed and functional. He's really smug about it and eager to tell you about all the things he can do with those fingers. Want to come back to his hotel room and find out?

Is it abusing the format of the contest to have a solo star in a band competition? Yeah, probably, but he's put together a Josie and the Pussycats kind of backing band that's mostly there to look pretty with him. It totally counts. And anyway, he's wildly popular with the viewers.

Santiago is tall and handsome and he sure knows it. He has long hair like he belongs on the cover of an airport romance, pierced ears, a scruffy beard, and leering eyes.

He plays a Taylor guitar.

If you're drawing him, please don't forget that he has six fingers on each of his hands.