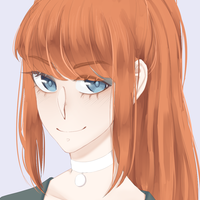 Matilda is a woman who looks young despite her age. She has two husbands named Aleksei and Reuben. They were like high school sweethearts, in a way. She has one son named Aliester; Aleksei is the birth dad. Currently Matilda works in a diner as a waitress. People like her blunt and humorous attitude, and she's gotten to know her regulars pretty well that she can predict what orders they feel live having for that day or time.

Matilda lives in a surburban area with her two husbands who she's known since high school. She has two because she couldn't decide which of the two guys she loved more. She thinks both has their own pros and cons and she really likes being with either of them. Despite the efforts of her other friends at the time to try and set her up with just either one, she kelp going back and forth between the two guys and became even more indicisive about it. In the end she says that she can't choose, and brings up the idea of just dating both guys at once. It may have took a while of consideration but in the end, they all became a polyamourous relationship, evoloing tothe point where both guys married her.

Matilda has one son named Aliester, who she had with Aleksei. It's easy to tell that he's the father since Aliester looks almost exactly like him. Currently Aliester doesn't live with his parents but he does make an effort to call every once in a while. Matilda likes chatting with him.

She wished to have two children, one with each man, but due to Reuben's reproductive issues, it couldn't happen as she hoped. In any case, she's very happy now with her one son and she made sure all three of the parents were able to raise Aliester wonderfully in their own ways. 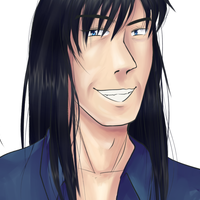 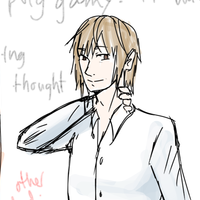