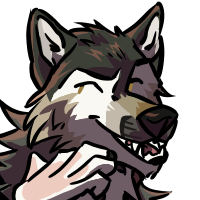 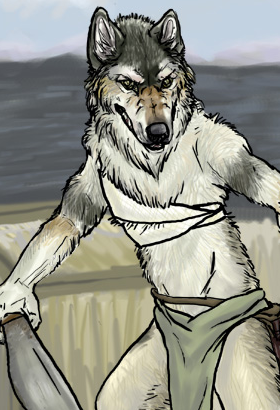 Honestly, I had forgotten all about Neyu and the game he was from until just now, which is a shame, because the game was once a big part of my life. Neyu was the NPC trader for a popular message board RPG I created and ran for years, called Utopia.

Utopia was a text-based message board RPG about intelligent (feral-ish) animals living on an island that had been deserted by humanity following the breakout of a plague.

The game was most active between 2001 and 2005, and especially from 2001-2003. It had about 500 members in its lifetime. If you're familiar with that era of message board RPGs, Utopia was like the rest of them! It was inspired by other RPGs I had been a part of and enjoyed (and in part, The Mouse Butcher by Dick King-Smith, a novel about cats on a deserted island), but it was intended to be something bigger than what was typical of those games: Utopia was on a grander scale, with defined lore and systems and a range of beautiful settings to play in. The game was a collaborate effort with so many creative people, and although of course it was somewhat juvenile in hindsight, I am to this day truly proud and fond of what we were able to build together.

If you're not familiar with the genre, message board RPGs were like something between a tabletop game and a traditional cooperative roleplaying session: in Utopia, you would sign up as an animal with a name and appearance and demeanor, you would be given some food and some currency, and set loose to explore the world as you wished: fishing, hunting, gathering items to trade, joining packs, finding mates, raising young, buying weapons, battling other players, going on dangerous quests, and perhaps even gaining magical powers. Mods would determine what items you caught or found, the outcomes of battles between players, the gender and markings of your young, and so on, and you would tell a story collaboratively with the other players.

I think, in retrospect, the aspect of the game I'm fondest of is that it was truly utopian: there was hardly ever any drama, and (with the indispensible help of the other mods) the game ran very smoothly and cooperatively. It's hard to picture that now, somehow, but it did, and people roleplayed the stories of generations of characters.

The animals of Utopia were intelligent and had evolved to a point that was not truly anthropomorphic, but to forms that could serve quadrupedal or a limited bipedal stance; they lived in, perhaps not harmony (you couldn't hunt other players in the game, but hunting did exist), but generally a cooperative or neutrally independent living. Here's an essay I wrote in 2005 about the history of the island and the physiology of the animals, if you're interested (it's hokey, but it's from 2005...): Anatomy of a Utopian.

Neyu himself was not much of an individual character; as the admin, I couldn't play the game, so Neyu was an NPC figure designed to represent the shopkeeping boards, and a general site mascot of sorts. He was a salt-of-the-earth type, a calm wolf who enjoyed a laugh and the company of others in his shop, but no-nonsense and fierce when faced with injustice. He would never stand to see anyone swindled. He wasn't a large wolf or much of a fighter, but he kept a single machete named Rheidoth by his side for general purposes-- and if force were ever required.