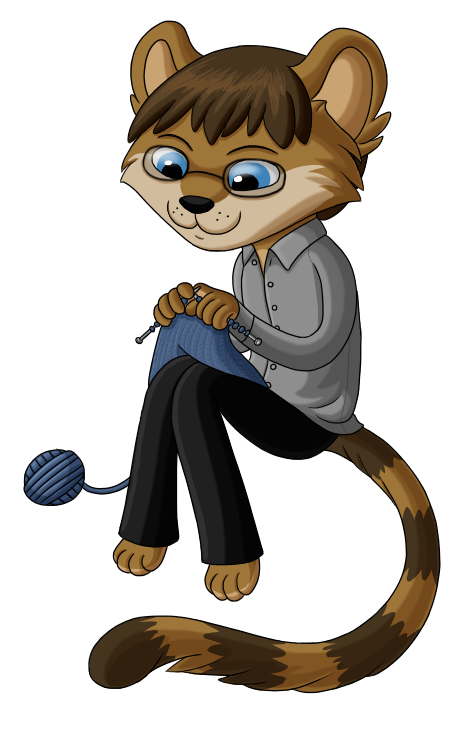 Dwight Montgomery (often called "Monty" by his friends) is a woodworker who does various carpentry stuff for a living. He may seem a little cold and distant on the outside, but once you get to know him, you'll see that he's really just a dork. He's secretly interested in all of these adorable little hobbies that he doesn't want people to know that he's interested in, like knitting and dancing in his room to cheesy pop music when no one's looking, among other small things of that nature. Monty is very self-conscious and worried about other people judging him for his interests, so he tends to be extremely secretive, often pushing aside his true self and putting on a more serious-minded persona for people he doesn't know very well.

Maxwell is pretty much the only person that he'll openly be a dork around most of the time (mainly because Max is also a huge dork). He's also kinda dorky when talking to Jackie sometimes.

More info about this dude can be found by clicking on the tabs above, and you can read stories about Monty here!

These questions (as well as their answers) were all copied from Monty's old profile on Charahub.com.

Favorite color?
...Blue? (Blue & yellow are pretty much the only two colours he can see, hence why he hates this question)

Does your character collect anything?
Yarn (for knitting) & scraps of wood (for woodworking)

Patience level?
Depends on what kind of a day he's having, but it's usually in the low-to-moderate range.

How do they feel about love?
Interested, but somewhat pessimistic about his chances of finding & maintaining a healthy relationship (romance is awkward territory for him).

Music they listen to?
Mostly likes cheesy synthpop; some of his favorite artists include Abba, Erasure, and the Pet Shop Boys (his playlist consists almost entirely of "guilty pleasure" songs)

Bad habits?
He's very secretive about the things he enjoys, mainly because he tries so hard to appear "cool" that he's terrified of anyone even suspecting that he's a dork. (If he REALLY doesn't want to talk about something, he'll purposely be as vague as possible when answering you, then quickly try to change the subject).

Pet peeves?
When people assume that he's younger than he actually is. ("So, I take it you're in college? Oh, you're 34?! Omg, I'm so sorry! Don't worry- when you're an old man, you'll look great for your age!" <= is what everyone tells him over and over & it gets super annoying after a while.)

Outlook on life?
It can be frustrating at times, but overall, it's not bad.

As a child, what did they want to be when they grew up?
Anything that involved building and/or repairing things (he wanted to become a bike mechanic at one point)

What (if they can) does your character eat?
Lots of cereal and frozen entrées (he's not very good at cooking).

Siblings?
Has an older half-sister that he's close to, and also considers his cousin Jackie to be like a sister.

Wants to get married?
Maybe, if the right person comes along.

Wants to have kids, raise a family?
Maybe; he's not dying to become a dad or anything, but if he ended up in a relationship with somebody who did want kids, he could be persuaded into raising a kid or two. 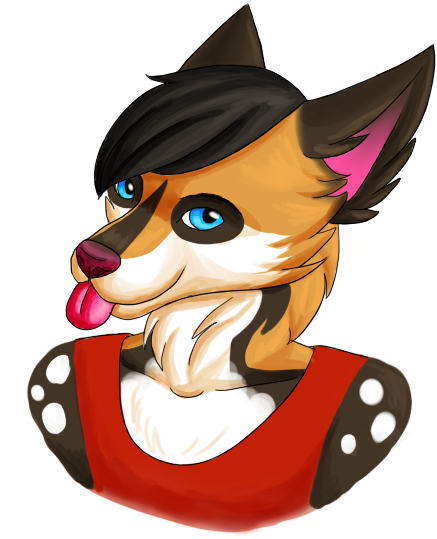 Maxwell is Monty's neighbor who lives in the room right across from him. Soon after Monty moved into the neighborhood, Max welcomed him and tried to get to know him a little. Despite some initial awkwardness in their early interactions with each other, Max and Monty soon realized that they shared a lot of common interests, and that they could trust each other. Max is one of very few people whom Monty feels comfortable discussing his dorky interests with, mainly because he knows that Max won't judge him. 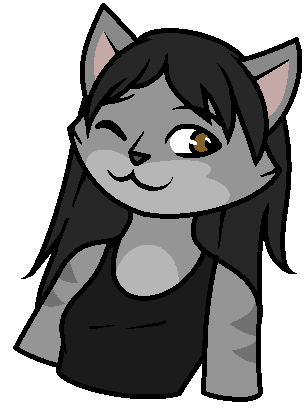 Jackie is Monty's far away cousin (from Canada!) They were very good pen pals growing up, and nowadays, they're mostly internet friends; they email & text each other back and forth all the time, and sometimes they like to video chat just so they can poke fun at each other's accents. They like to talk about science, technology, music, video games, and all kinds of nerdy mumbo jumbo like that.