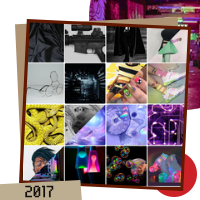 just two furry gals just trying to get by in a post-apocalyptic cyberpunk total city. one is a government hitman, the other delivers fast food. together they fuck shit up!

overall, the end of the world was very lucrative. when the atmosphere was burning up, corporations decided money was more important. when the market eventually started to die off (flooding, poisoning, extreme weather events) the population's elite decided to (hire other people to) invent a solution. the result, a mix of engineering, biochemistry, astrophysics and more, was a synthetic atmosphere extending beyond the original - at the cost of all life below.

those with money bought their way up, their favorite employees promoted and provided for, and everyone else filled in forms at government instruction. as time went on and nothing happened, people started worrying. some protested, others bribed and begged, some argued over the blame and others just incited chaos. by the time everyone realized it was too late, the government had ceased communication entirely and moved upstairs.

miles above, business continues as usual through a vast network of skyscrapers, tunnels and tubes. the largest buildings were completed within a couple of years, but construction expands ever outwards to fill the abundant free space. the resulting cities resemble extremely modern and thoroughly surveilled termite mounds, suspended in space above a turbulent wasteland. money still governs everything; higher ranking employees live in cushy neighborhoods where their privilages are vigilantly enforced, while "less valuable assets" live below in depressingly small apartments, led to believe their suffering is caused by those beneath them.