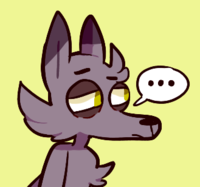 "Stars Like Dust" by The Lonely Forest (2013; Adding Up the Wasted Hours)

It's hard to describe the Traveler because he isn't much of a person at all. He arrived in this world without memories, a voice, an identity, or even a body. But over his travels along the Kingdom Path, the Traveler begins to take shape. A very passive individual, the Traveler goes where the wind takes him - literally. He's cautious and recalcitrant, selfless and thoughtful. He's confused about who he is because he really has no frame of reference for existence, and the gods he meets along the way are not the best templates. The Traveler insists he isn't a special person... but it's hard to deny that he's remarkable when he is the first person to travel among the Kingdoms of the Offsprings seamlessly.

The Traveler has no special powers. Perhaps increased durability, but besides being ageless he doesn't have any special weapons, any elemental control or any other magic aspects to himself. Along his journey he receives a variety of objects:

Probably the most noticeable aspect of the Traveler is his appearance. While he doesn't have any appearance in the Land of Void, upon his arrival into the City of Energy he gets a wolf-like body that changes colors where he goes. (At the end of his gallery is a color palette reference that is old art but still mostly up to date.) The Traveler has squinted eyes; he looks like he's always tired.

Clearly the Traveler has a reason for being where he is... will he discover it? Or will it remain a mystery?