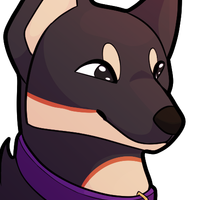 "I see you finally opened your eyes to reality. I must say I was starting to get annoyed by your insistence of staying in the dark. The darkness is nothing more than the shackles that halt us from revolting. Tell me..are you ready to release the flames of your heart?...... Yes, that growl. I can hear the inner beast within you!... I am thou, thou art I..Let the flames of our heart burn through these shackles and let our roar bestow a warning of the uprising! "

— Kuraokami, speaking to Adrian prior to being initially summoned 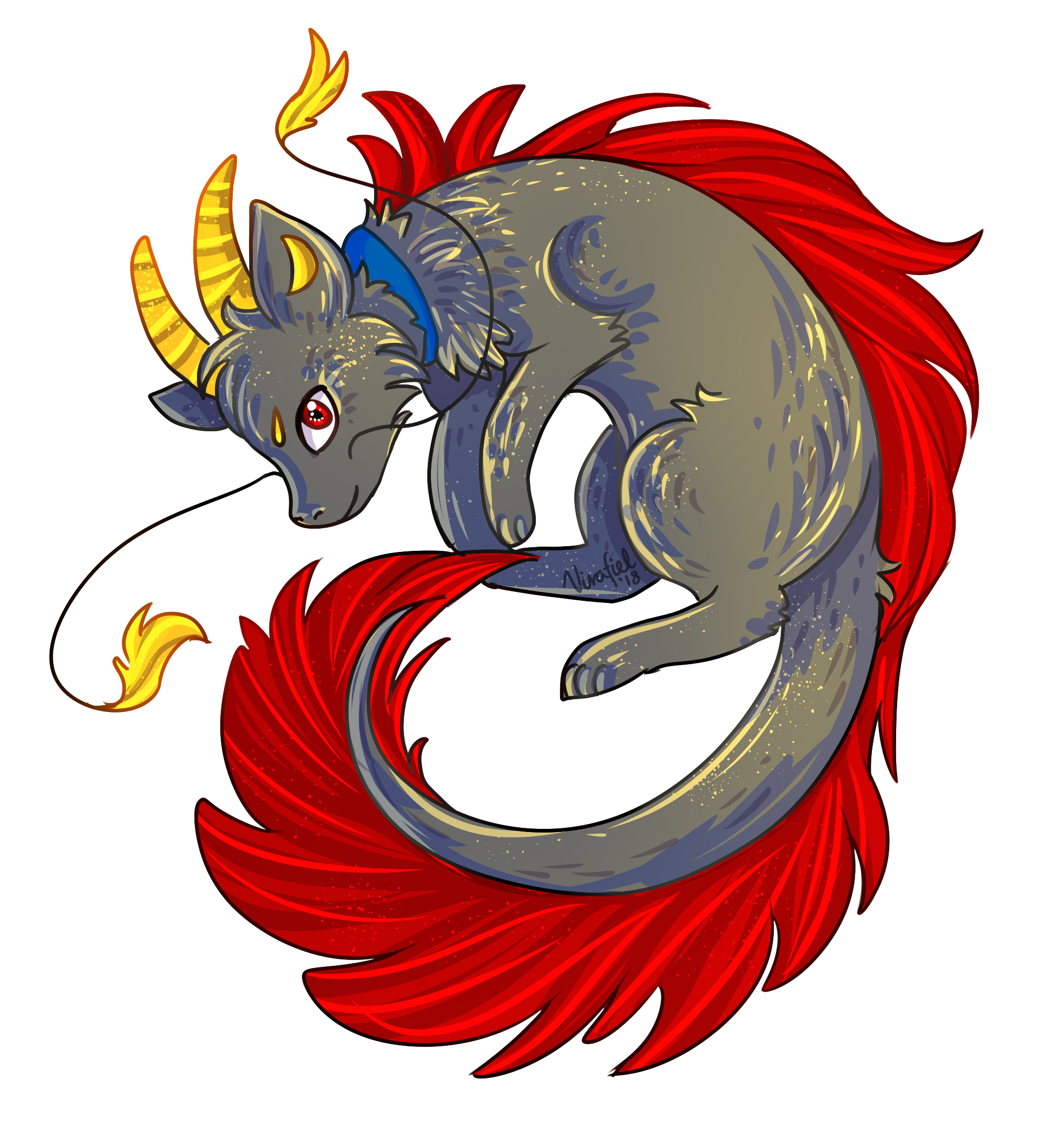 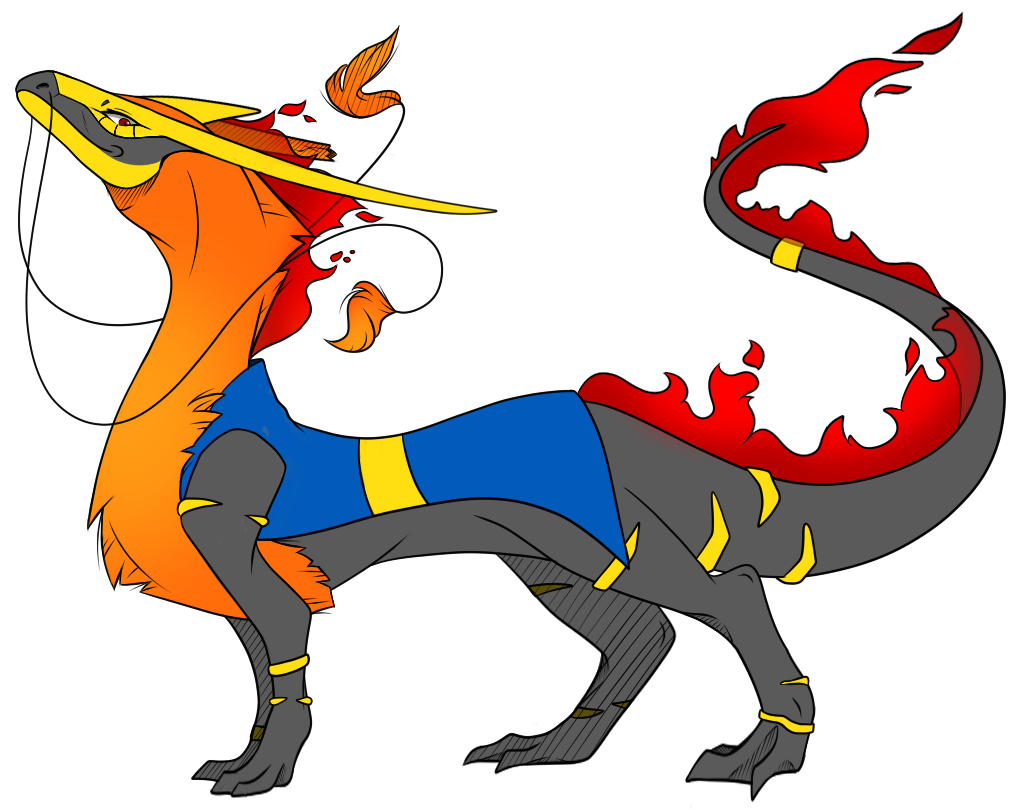 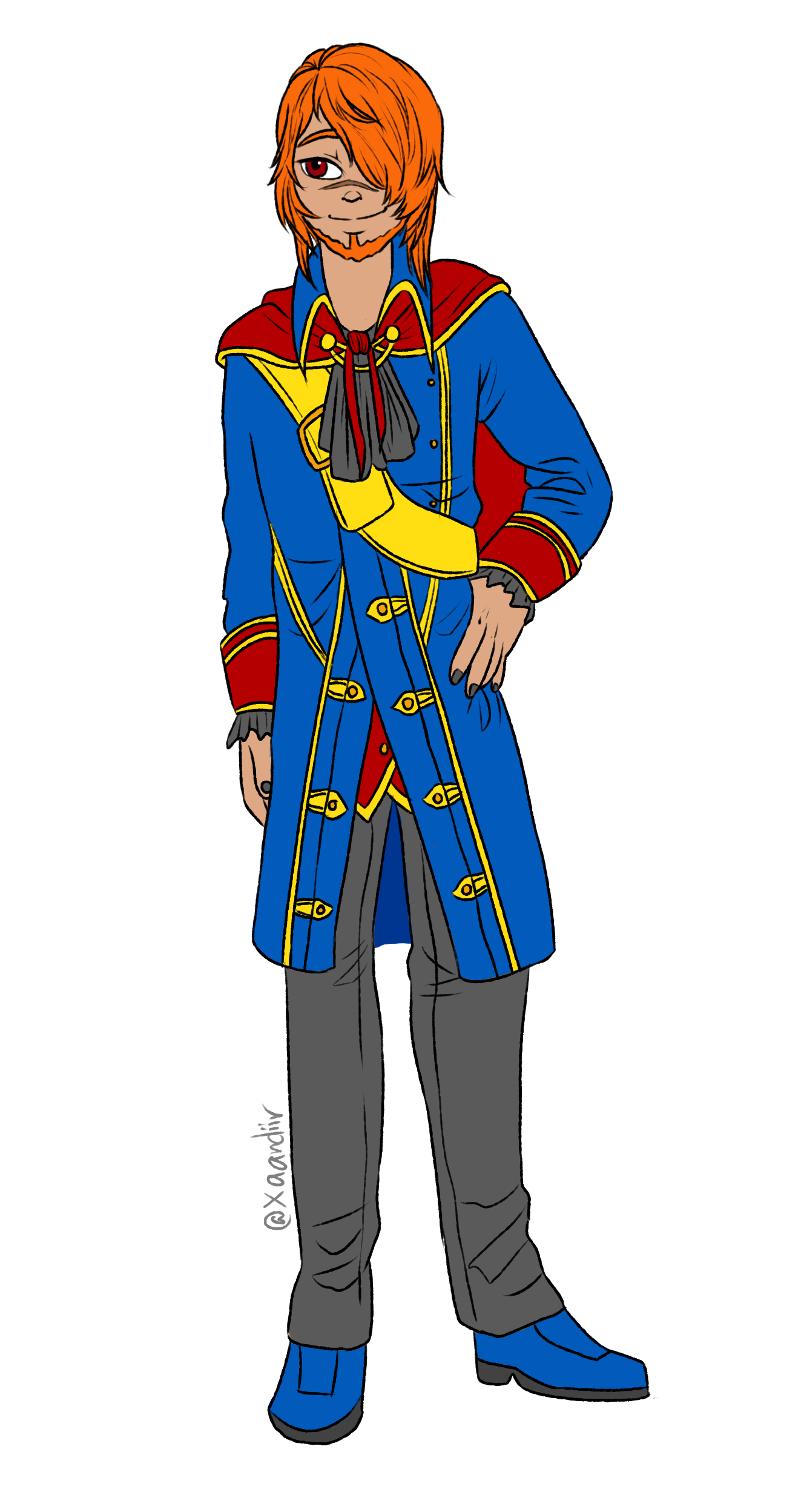 In the shared depths of human hearts, there is a domain where mythical archetype dwell. This domain is expansive to the point it creates mini gateways to sections that represent small portions of its large size. This domain is what we refer to as Distortionis. This realm grants control over an individual's personality development. In what way depends on what they are. Personas are beings that are manifestations of a Persona User's personality. Some regard Personas as being a "mask" for an individual. Those with Personas are ones who have embraced the inner thoughts they attempt to escape. This allows Personas to grant those who they are bound to (or their other self) physical and mental abilities that turn their other self into superhumans. One can argue that shadows and Persona are similar. Shadows are malevolent manifestations of one's inner thoughts, while a Persona is a manifestation of the same feelings but tamed and trained. In some ways, Shadows and Persona are the Yin and Yang of each other.

As Ku, Ku takes the form of a Shiba Inu. His frame is compact with well-developed muscles and moderate bones. He is double-coated with a short fur with most of his fur being black and tan with a cream undercoat. This cream coloring can also be found on the inside of his ears. Hints of orange can be found along his tail and parts of his chest. He has a foxlike face and long tail that is often curled. He has black eyes with cream eye dots directly above his forehead. Around his neck is a blue (or purple) collar with a music note attached to it.

As Kuraokami, Kuraokami's body takes on similar body shape as his Shiba Inu with a being a slightly larger and slimmer form. His body is completely black and covered in a mixture of fur and scales that blend into his skin. He gains long whiskers with feathers along the ends of it. His ears are short and rounded, much like a goat. Speaking of which, his horns are also structured similarly to one. He gains more of a pronounced snout akin to that of a lizard. The eye dots on his forehead are yellow, and his eyes are a bright red. A red mane goes along the back of his neck all the way to the tip of his tail. The hair on the tip of his tail is bushy and thicker when compared to his mane. He still retains the collar from his Shiba Inu form in this form, and regardless of the color of the collar as Ku, it will always be purple while he's in this form. A yellow to orange gradient runs carries through his horns and feathers on his whiskers.

As Kuzuryū, the appearance of the male takes on a grown-up version of Kuraokami. The male takes more of the appearance of an eastern dragon with a much longer body. Golden rings (that partially resembled spikes) are seen curled around his legs and lower part of his tail with a golden band seen near the very tip of his tail. His head has a gold almost crown-like object surrounding it with two large horns pointing upwards. One of these horns is shown to be cracked. To correspond with the crown-like object is a matching golden marking on his mouth. Covering his neck is an orange mane that gives off the appearance of fire. Red flames are occasionally seen flaring from his neck and his tail. His eyes are a bright red. The collar around his neck evolves into a blue coat with a yellow stripe within the center of it.

As Kuzuryū, he is capable of taking a humanoid form that resembles a man in his late twenties/early thirties. He has tan skin with a horizontal scar running across the bridge of his nose. With bright red eyes, the male has orange hair that comes down to an inch or so above his shoulders. The bangs of hair framed the left side of his face and cross over to his right side, covering his right eye in the process. His nails are black and sharp, much like the claws in his draconian form. He has a matching colored chinstrap beard that is well-trimmed. The male wears a blue coat with two coattails that come down to his knees with dark orange buttons, black and red sleeves with puffy cuffs and golden lines that run diagonally along the front of the outer garment. His coat covers the red and golden vest that he wears underneath and his dark gray pants. Fixed on his feet are his blue dress shoes with black soles and heels. Crossing his body is a golden shoulder belt. Completing the outfit is a red cape held together by a single knot in the front with a golden lining that comes down to the middle of his back. Tucked underneath his cape is a gray cravat. 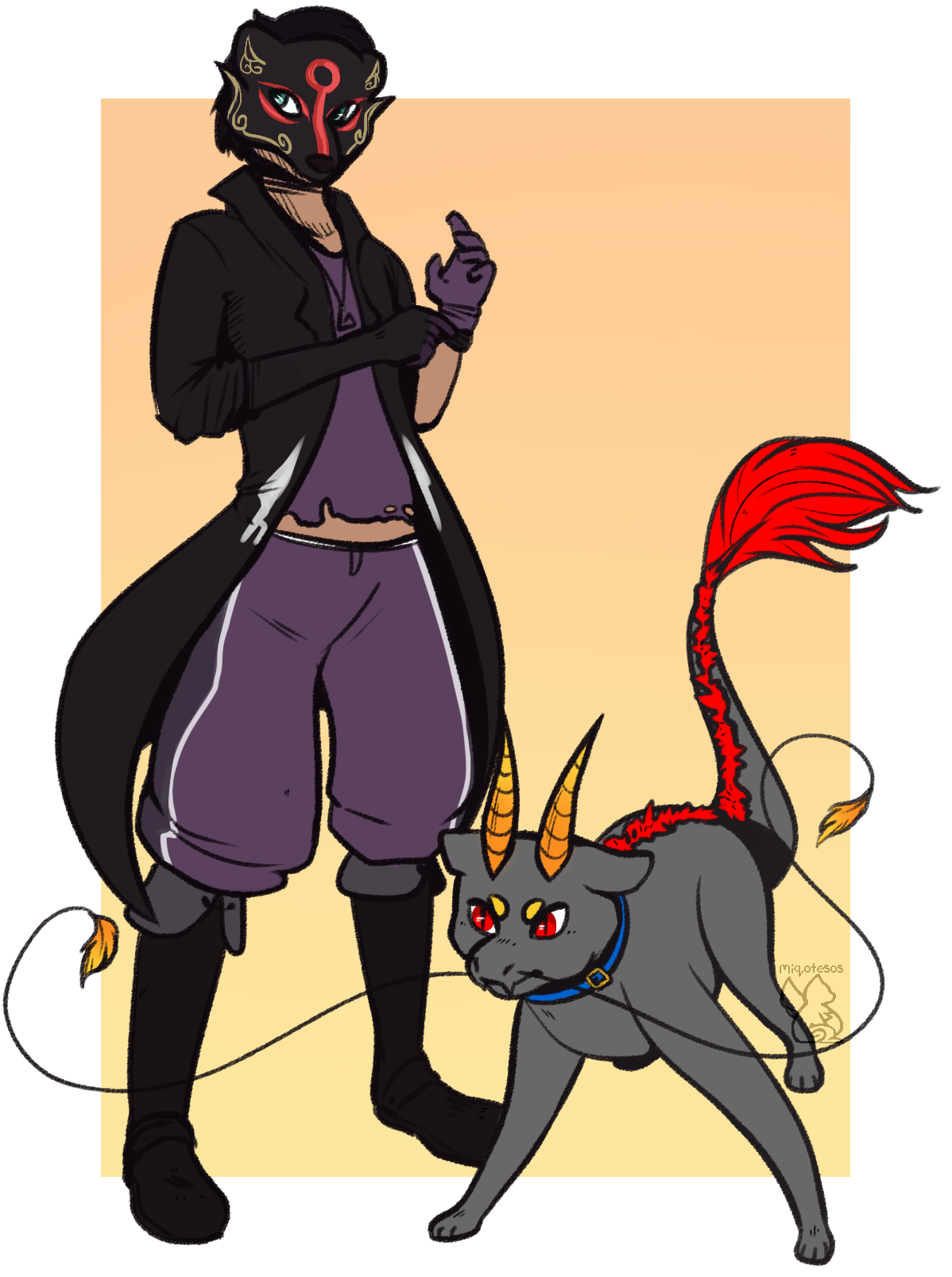 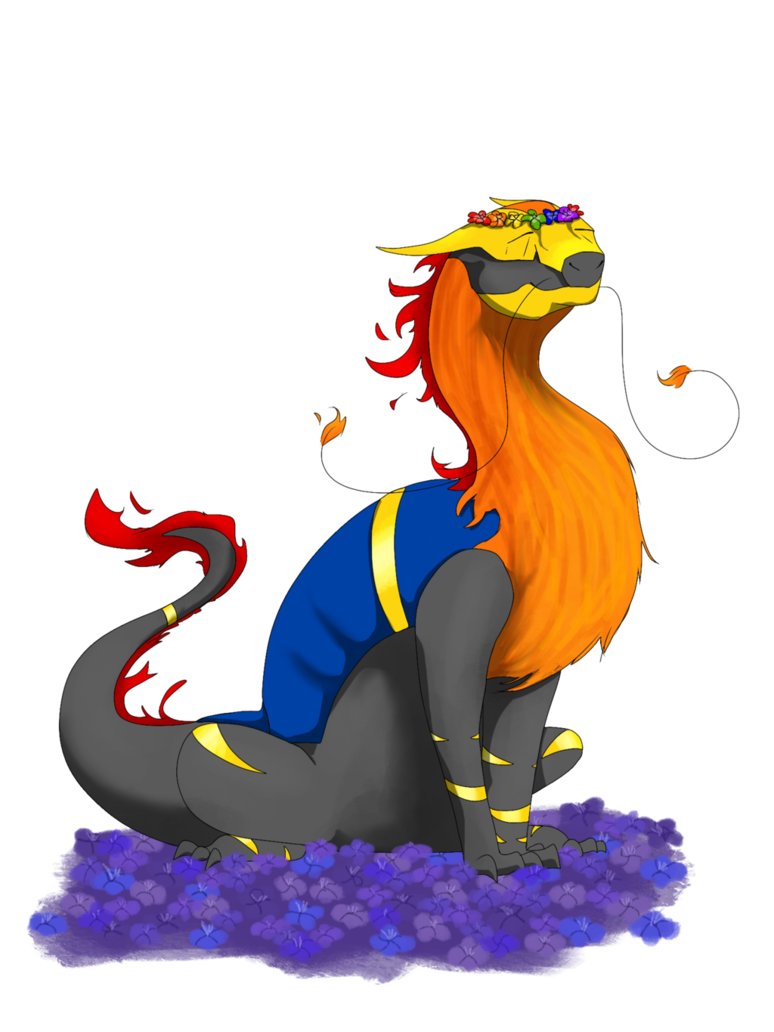 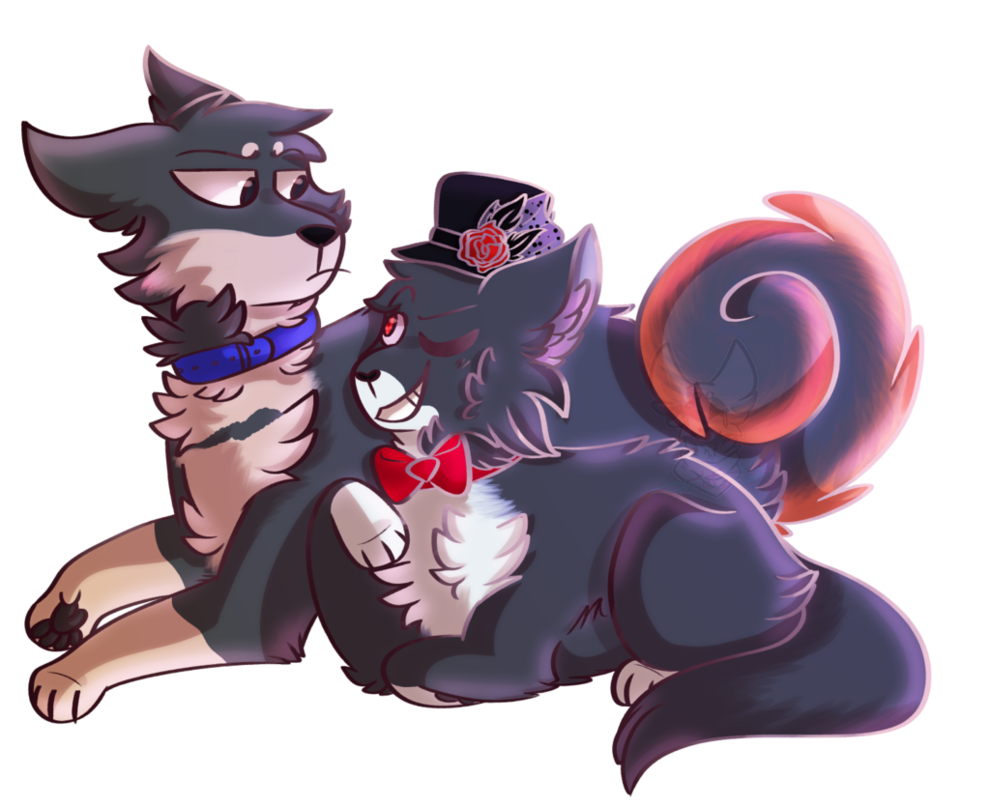 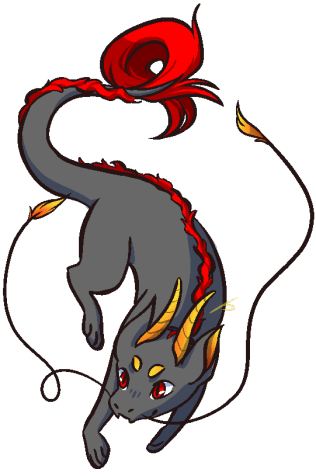 Ku is the polite and calm companion of Adrian with a strong sense of duty in keeping the male safe (and happy). He almost always follows every one of Adrian's orders to ensure Adrian himself is satisfied with whatever the Persona commands him to do. He is fully aware of how mentally fragile he is and wishes to avoid the male falling apart. After all, Ku loves his other half and gets joy when it comes to satisfying his master. For him, it's rare for him to see the male happy after the death of his sister. However, while the male is loyal to his master, he doesn't follow the same ideals as the male. He's not necessarily the most optimist guy in the world. That factor is one of the few things that he shares with Adrian. However, he doesn't focus too heavily on the negatives as much as Adrian and is a bit more grounded than the other. In some respect, he's more realistic than pessimistic and optimistic. This does that there are moments where Ku is pragmatic and straightforward when it comes to things. He doesn't see the need to dance around a concept as he views it as a waste of time. There are times where his straightforwardness can interfere with his ability to express his feelings and thoughts about topics that can prove to be a bit sensitive in nature.

It's no secret that Ku is constantly worrying about Adrian. In fact, he can be critical about the male's health. After all, Adrian is known to neglect his health at times to the point that he would forget to eat! Because of that, Ku often has to acts as his 'mom' at times. It annoys Adrian, but Ku doesn't care. His master's safety and health are always something he should be worried about. Granted, this could be because he is his Persona...which is technically a piece of him so...yeah.

When he's with others, Ku is known to be kind, courteous, and chivalrous. Despite seeing human being difficult creatures, he has no problem being generous to them. Well, as generous as a Persona in the form of a dog (in the real world) can be. However, he has no problem snapping at those who would even dare to harm Adrian in any way. It doesn't matter if it's physical or not. If harm is brought to Adrian, Ku has no problem lashing out at you. The last thing he needs is you mentally destroying him. An interesting thing to note is that Ku is the peacemaker of the Personas, having no problem breaking up unneeded arguments between them. 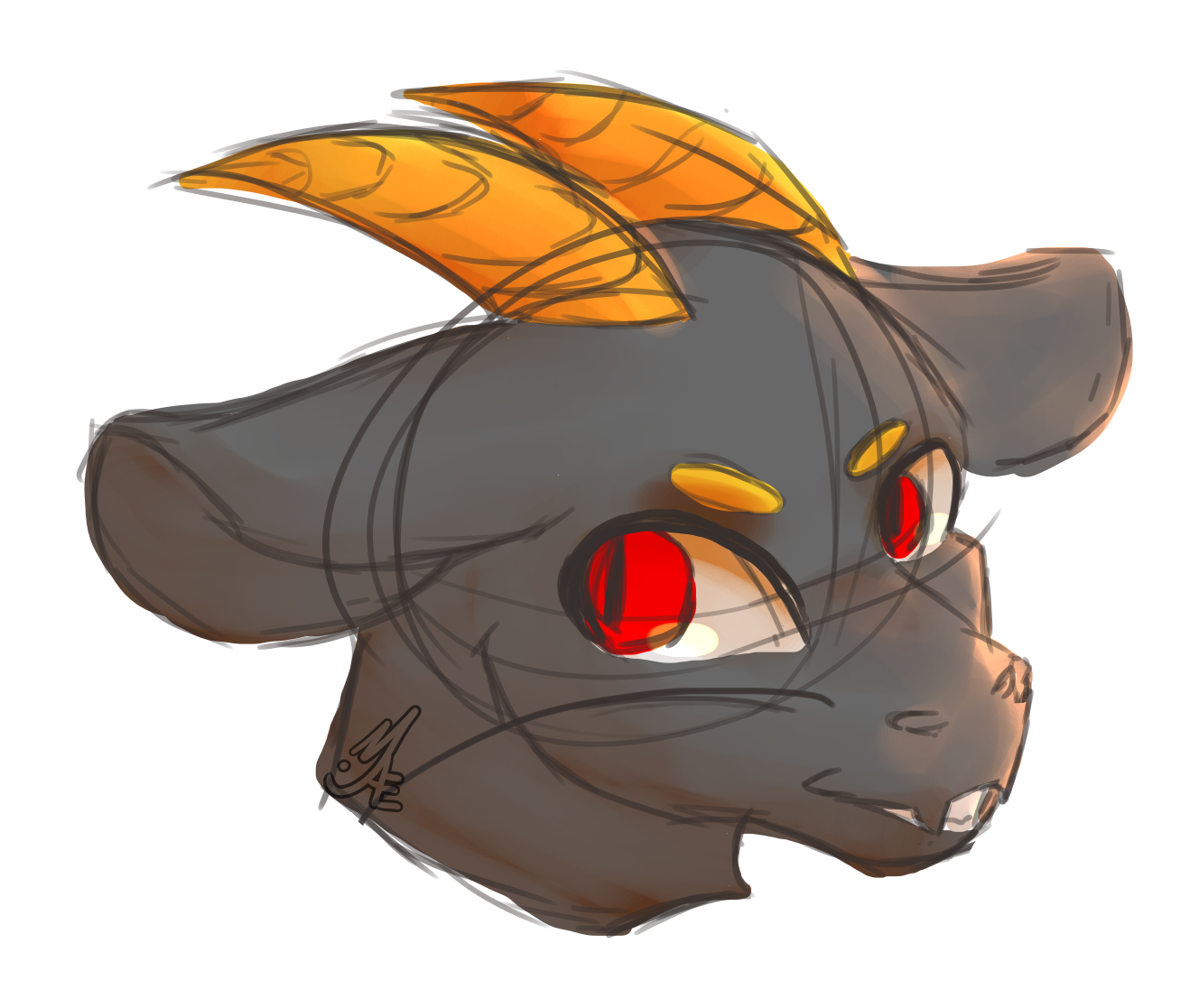 Ku first appeared as Adrian's shadow during the male's confrontation with Black Frost. After pushing the male into becoming stronger, the male was released from Adrian's heart as his Persona. After that encounter, Ku has stood by Adrian's side in the real world as a Shiba Inu and his Persona form when in Distortionis. Not much significant is needed to be said about Ku during a period during the Pack's journey. At the time, Ku lacked a 'proper' personality as he never saw much of a need for it. Personas do have their individual personalities. While they may share personalities with the host they are attached to, they were still their own character. For Ku, it was different. He never saw a need to develop his character. He was perfectly fine being an exact copy of Adrian in a dog form (or a simple puppet). 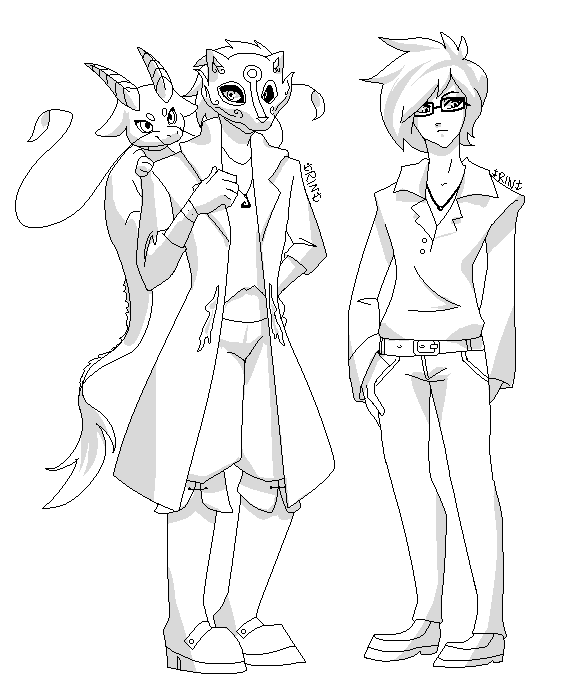 However, that changed after the death of Adrian's sister. With the death of Adrian's sister, a new part of Ku awakened in him. Seeing his partner changed from losing his sister triggered a new reaction in Ku. The male soon grew a desire to bring back that happiness that his owner once had. Ku recognized how fragile Adrian's heart was and knew the dangers that came with it. This desire made him realize that simply being the obedient servant for Adrian was not going to help him bring back his friend. It's just gonna take some time.

Kuraokami (occasionally known as Okami or Okami no kami) is a legendary Japanese dragon and Shinto deity of rain and snow. In Japanese mythology, the sibling progenitors Izanagi and Izanami gave birth to the islands and gods of Japan. After Izanami died from burns during the childbirth of the fire deity Kagu-tsuchi, Izanagi was enraged and killed his son. Kagutsuchi's blood or body, according to different versions of the legend, created several other deities, including Kuraokami. In the Kojiki, he is the father of female deity Hikawa-hime married Susanoo's grandson, the male deity Fuwanomojikunusunu and from their union gave birth to the male deity Fukafuchi-no-Mizuyarehana. Fukafuchi-no-Mizuyarehana is the great-grandfather of the male deity Ōkuninushi. Then, the great-grandson of Ōkuninushi, Mikanushi-hiko married Hinarashi-hime, who is the daughter of Okami, sister of Hikawa-hime. From the union of Mikanushi-hiko and Hinarashi-hime gave birth to the male deity Tahirikishimarumi. Kuraokami is the initial persona of Adrian Kuzuryu.

Kuzuryū is a dragon deity derived from the Hindu deity Shesha, king of Nagas. It first appeared in Japanese folklore during the Nara period and his name means "nine headed dragon". He is also known as Kuzuryushin, which means "nine headed dragon god". As either name suggests, he is depicted commonly as a nine-headed dragon. One famous legend about the Kuzuryū is the Hakone Kuzuryū legend, which is similar to that of Yamata no Orochi. According to the legend, the nine-headed dragon had settled in Lake Ashi in Hakone, where it demanded a sacrifice. Kuzuryū is the ultimate persona of Adrian Kuzuryū. Kuzuryū has made his appearance twice. Both involve reaching his resolve through the help of the two Fools he helped.