I have a lot of personification ocs....

Brian's death was the main focus in the season twelve episode "Life Of Brian". After Stewie destroys his time machine because of the risks of changing history and losing their lives, Brian and Stewie arrive home with a street hockey net they had found in a dump, where Stewie destroyed his time machine for good. As he is setting it up, Brian is struck by a reckless driver in a hit and run and later succumbs to his injuries at the veterinary clinic. Stewie is unable to rebuild the time machine as he cannot acquire a new power supply. After a month of mourning the loss of their beloved pet, the family replaces Brian with a new dog, named Vinny. The death of Brian in the episode "Life Of Brian" was met with massive opposition and anger from Family Guy fans around the world, many of whom threatened to boycott the show due to Brian's absence. Family Guy's official Facebook and Twitter pages were bombarded with messages and comments from fans demanding that they bring Brian back. Hostile messages were also directed towards Family Guy's producing staff, including the show's creator, Seth MacFarlane. MacFarlane later thanked fans "for caring so much about the canine Griffin, he is overcome with gratitude." Fan petitions sprang up within hours of "Life of Brian"'s first airing, also receiving media attention including most prominently a Change.org petition directed towards Seth MacFarlane, making the petition one of the fastest-growing entertainment-related petitions on the site, attracting over 120,000 signatures. Two episodes later in "Christmas Guy", Stewie still misses Brian dearly and spots a past incarnation of himself who has traveled forward in time to Christmas (An event referenced in "Life of Brian"). Stealing the time machine's return pad from his past self while Vinny provides a distraction, Stewie goes back in time and saves Brian's life, at the cost of erasing himself from history. Brian is extremely grateful for being saved, but Stewie of this timeline finds Brian's affections unnerving, not knowing the reason behind them. The episode ends with the family sitting around their Christmas tree with everything back to normal. After "Christmas Guy" aired, Seth MacFarlane tweeted, "you didn't really think we'd kill off Brian, did you? Jesus, we'd have to be fucking high." 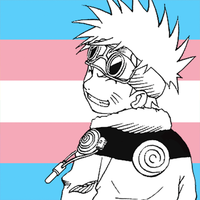 I don't log into toyhouse for two weeks and this i what i come back to. ive been missing out.

wtf i literally have no words. What do i say??? i kinda like it thank you!

Your country dogs are adorable!! I love them! ^^

Thanks so much for the art of coral and rasmus :D its so cute :D xx

You're welcome! I'm glad you liked it!

Hello, I like to say I love your country dogs a bunch, have you thought of doing more in the future like Italy, China, and Australia?

Im glad you like them!!! I definitely will do more soon just haven't been in the designing mood lately. Australia is next in line though!

Thanks for the art of Ramu! Sorry for not replying sooner, your tag never showed up in my notifs oof

I love your staties <3<3 (also the country dogs is a very neat and funny idea? looking forward to seeing how the cast turns out)

I havent had it that long pfff