I completely understand. You know what? Did you just need one? Would you like two? I can give you one BEFORE the art, and if the art is completed, I'll give you another one just because I feel bad someone was shitty to you. I don't require anything for the second one. Think of it as a gift! I'm sorry the link to Haneul isn't working. Let me try to figure that out and send you another link. Though honestly, he's the only character I have right now so just peruse my character list to see him.

Here's your code. Let me know if it doesn't work: R8sDM7xN3E

You didn't offend me at all in your message. I promise. I understand your fears and I hope to help you feel better. <3

Try this link and tell me if it works?

It couldn't have been, to my knowledge. I've never given it out. Let me look into this. I want you feeling safe so do NOTHING (except correspond with me as you please) until I get this sorted out. My apologies for this.

Are these comments public? If so, I think the code was stolen from our convo here by someone named Maycoco. I need to send one to you privately, if that's the case.

I sent a help ticket in to see what happened. Here's a copy below of what I sent.

I'm not sure what happened. Are "Communications" between members private or public? I was offering an invite code to a user named PetalsSilverstream for art. They had contacted me and it showed up under my "Communications". I replied and offered them the code. When Petals attempted to use it, it said it was already used.

To be sure, the person listed as having taken the code WAS NOT authorized by me to have it. I have NO IDEA who Maycoco is and I was not posting the code publicly on purpose.

Can you help me sort this out? I don't want this mistake happening again before I offer Petals another code just to have it stolen from me. Please help educate me so I don't make this mistake again.

I'm sad we live in a world where "being responsible and mature" is a Superhero quality now. You deserve this as BASE TREATMENT. You've been NOTHING but nice. Seriously. Even your original post, which had fears in it, was still fair and cordial. I promise you I'll get this to work right. Is your friend "Pyrobotic"? Because that's who used the code I mailed to you.

Use his white hair form. His black hair form is an ancient form while his white hair is modern. Let me send you a bit of his bio to help you know how best to draw him. That'll be in a followup private mail. I'm still working on his profile page so don't want to publish this stuff publicly yet. Thanks for being so nice! <3 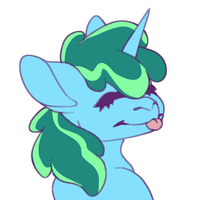 Hello! I saw your post on the unpopular opinion thread. Here are some posts I've seen about why it was deleted.

I was away at a convention so sorry for my late response. Thank you for this info. I thought maybe I'd sparked something that caused the shutdown but it would seem unlikely as the stuff the supposed "weeb" mentioned was nothing of what I'd said in my one and only post. I feel better about that. There were some Yikes opinions in there but I appreciated the honesty of it. You could truly see who were people you didn't want to associate with, if they bothered you, and block them. People who impressed you, you could befriend. I'd rather know who the assholes are than to shove them down into the basement and never know until they've struck, but that's just me.

Sorry for my slow reply. Was out of town.

So someone got stupid(er) on the controversial thread. Why couldn’t they just ban that idiot and not have to kill the whole thread? I don’t get it.

Someone had said yaoi is gross because it fetishizes gay people. I had argued that showing interest in gay characters IS NOT fetishizing gay people and people who participate in yaoi ARE NOT terrible people. I wondered if someone jumped me about that but when I came back from my weekend away, the thread was already gone. :P

It’s one thing to have cool ideas in CSS and implement them, and maybe even consider copyrighting or at least shaming anyone if the END LOOK of the design is unique but gets copied, but to try to claim CSS FUNCTIONS would be like someone screaming copyright infringement because the house being built next door to theirs used wood and bricks and THEY had wood and bricks FIRST! HMPH! It’s just stupid.

I’m no master at CSS but I’ve done some fun things. I can’t decide if I should license out some of my designs or not because really, it’s all just code, code I didn’t invent. What makes it unique is how I put it together.

I get too existential about this, I think, but I’m terrible about trying to make money off of people on things they could create just as well as I did.

How do you feel about it?

Thanks for your thoughtful input! I despise Bootstrap as I like coding from the ground up to ensure I actually understand what I'm creating, but I guess I'll have to learn it. *SIGH* I mean no disrespect to people who just buy and implement templates instead of learning to code them directly, but it feels limiting to just be stuck using what someone else made and only knowing enough to change a colour. If you build me a simple house, I'm going to take that house apart so I can learn how to build a better one.

Thanks for listening to me. I feel better about this. <3