Yo! I'm Quazar, an autistic 3D/2D artist living in Switzerland who makes too many OCs. I enjoy sci fi and surreal fantasy genres so you'll see that a lot in my content probably? I'm also a huge nerd, especially about zoology and natural sciences in general. Also VAMPIRES AND OTHER GOTH EDGY CRAP. I just popped out of my 20's so you'd think I'd know better by now and yet here we are. I'm also low-key dragonkin but I like to think I'm pretty chill about it. Dat's mah face ->

None of my dudes are for trade or sale (for now at least??), sorry! I'd like to do RP here but uhhh working that out still. (I have filled out an RP Comfort Meme though). I try to keep my character bios short but I'm a wordy little shit so apologies in advance.

If you're feeling exploratory you can check out my TH World, EBAMTAR: a modern supernatural setting I've had since forever that now other people can play in too! There's... a lot of vampires in it. 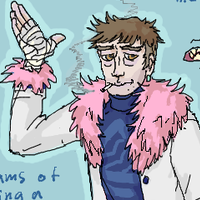 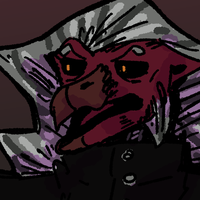 ooooh im honored that you favourited my character!!! i really love your style and the way you draw dragons!

aaaa thank you so much!! I love the vulturine aesthetic in your characters, it's such a fun and unusual look :D Your Black Razor characters are cool as hell!!

your infraflux characters give me LIFE I LOVE THEM SO MUCH

THANK YOU SO MUCH AAAA

hey thanks for the bump! you have some really cool ocs! i'd love to chat about ur andorian still hahah

God I made him such a long time ago, he was for a forum RP that never went anywhere but for which I did a ton of planning for. I made the ship everyone was on (the Canberra) in Spore: 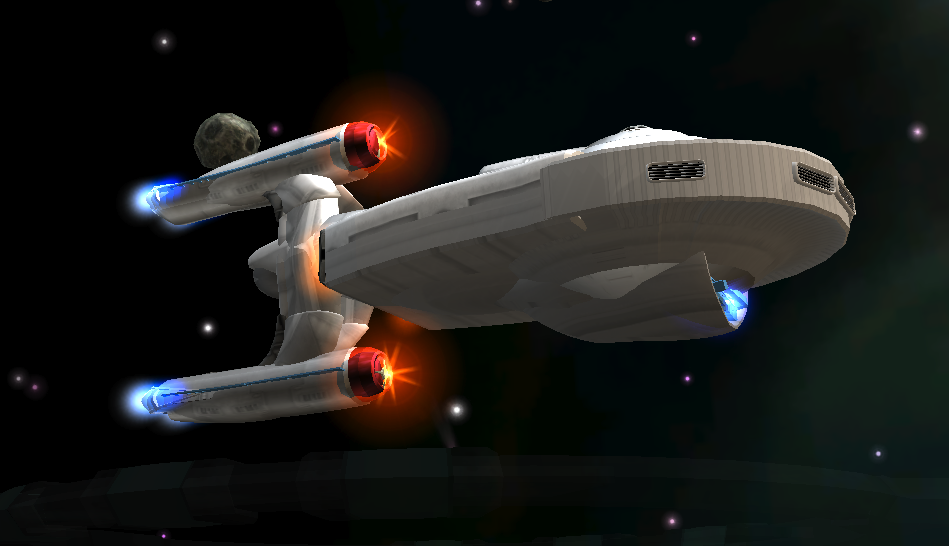 and even made lots of little LCARS indents and separators for plot and computer posts (who knew, LCARS just uses Futura font):

I had so many plans but they never unfolded, the ship computer was gonna gradually gain sapience and they were in an alternate reality where life never evolved past the microbial stage on Earth and and and x__x

Anyway my starfleet andorian character wasn't very well thought out but I'm still kinda fond of him, his name was Jr. Lt. Ar'tun Goss which I have no idea if it matches andorian naming conventions or not lmao. He was an irascible geologist/security officer who enjoyed rock and ice climbing and efficiency but was mostly just a prideful grumpypants. He had a big ol scar from his hip to his sternum (from climbing) and very neat and angular cut hair. His father was a federation-andorian ambassador which is why he ended up in starfleet, but it was more a family pressure thing and not his own goals. 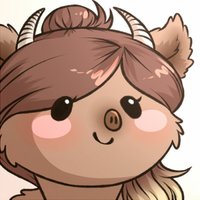 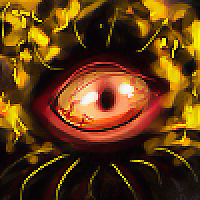 lovely characters~ they are my jam

aaasdfgfdgf thank you so much!!! 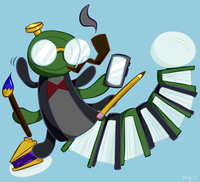 Wow, you got a whole wiki for your worldbuilding. Black Razor in particular sounds pretty awesome.

gdfdfg thank you!! I don't think it's very awesome to live there probably though, LOL

Yeah the wikidot site came first, I've been jotting stuff down there for many years, and then some friends roped me into TH and it just got really addicting to create profiles for all my characters! Such a good place to aggregate refs and drawings in particular :B

Hi! Your characters and art are so lovely and imaginative!

oh my goodness, thank you so much!! I could only have a quick look through because I'm currently at work, but your characters are very cool too and oh man I love your art style; so soft and full of good shapes!