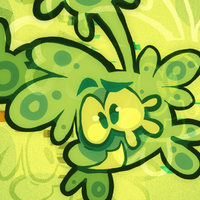 Posted 2 days, 1 hour ago by Solobodor

HELLO hello, bump on OC for trade/sale, would really like to purge a few for art

-----------
- be specific when offering, specific amount and type of art is recommended
- Art offer are preferred in quality rather than quantity, Cartoon style preferred and i am interested in couple/groupe art

edit - copy pasted it here ...
Art
- Quality > Quantity, particularly interested in Cartoon style/group/couple art.
- Provide links examples, type and amount you are offering, vague offer will be ignored
- most of my OC are Humanoid / flat faced anthro, i will refuse offer that cant provide examples with this type of characters
-  PLEASE do not offer if you don't think you can complete your offer  within 2 months, after what I would require a written update from you.
if  you do not get back to me after 2 request for an update, you will be  given a week to reply. No reply from you after that final warning =  trade will be cancelled.
Loosing interest in a design or  being unable to complete your offer is fine and understandable, but  leaving me in the dark about it isnt ..
add a green  emoji to prove that you read the rule above, or you will be ignored,  failing to follow that rule multiple time may result in a block

Funky songs ADOPT FOR OFFER (not mine)

Posted 1 month, 17 days ago by Solobodor

Heyo Heyo, for yall design and adopt enjoyers, icecreampizzer released 3 new, song inspired adopts and they're REALLY cool and snazzy !!!
AND they're up for offer so dont miss your chance !!

Posted 4 months, 12 days ago by Solobodor

- Mix offer are fine
- be specific when offering, specific amount and type of art is recommended
- Art offer are preferred in quality rather than quantity, Cartoon style preferred and i am interested in couple/groupe art

DO NOT OFFER on anyone in both acc with a "OFFLIMIT" tag, they have it for a reason.
Comment here or DM me on discord (Solobodor#3652)

Posted 5 months, 6 days ago by Solobodor

HELLO HELLO , just a reminder that will be participating Artfght this year too !!

Which characters of mine are your favorites?

Posted 6 months, 13 days ago by Solobodor

ITS 6AM AND I CANT SLEEP WEEWOO .. stealing this from my friend ...

Cause yeah i have no idea who's people fav, i know .. venus is pretty liked among FOTK friends ! but thats all
BUT YEAH , design wise, story, both or just the vibes i guess ????

i dont share too much online and a lot of description are a bit outdated but .. yes , tell me what's on your mind :0
also feel free to ask questions about any, i may not answer if it goes into spoilers for FOTK or BRS characters ... but yeah ! Hey ! i never did that before but about 2 years ago i got this character i knew ever since i joined DA and was very happy<3 tho his gallery wasn't complete and the person i got him from, didn't know any other art of him ...

i managed a find a bunch of art and pixels thanks to web archives but a lots of those links are dead by now and a lot of art on DA got removed ..

SO im asking anybody on this site that was active during the 2012-2014 era if you remember drawing him ??? or have any art in your files / storage that i could be unaware of ??? (of course i drew this version and at the time, artist drawing him took a lot of liberties with his shapes and colors)
here's some art that was used as refs at the time
[X] (original post)  - [X] (low res ref made by another artist - original was removed)

more info that could help !
- art currently on creator's gallery / favorites folder were already added !
- the character was created in 2012 and was active between 2012 and 2014 (maybe 2015? i believe his owner stopped using him past 2014)
- when he was active, his creator went by "Dancerkind" or "CasIes" (capslock "i")
- they were also active on ChickenSmoothies under "Castleback" or "spoonfull"
- you can check these folders to check what i've found so far  [x] - [x]  to avoid doubles

thank you to anybody that will try to help<3,
Spoon means a lot to me and to my experience as an artist on DA ;; any old art of him count<3