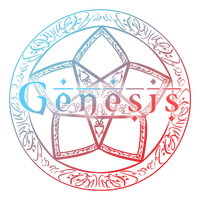 This world was created by Kaerralind and FawnVaughn. It is a universe full of supernatural beings and content.

All lore from this world is taken from actual mythological lore and stories and some things have been changed for originality. 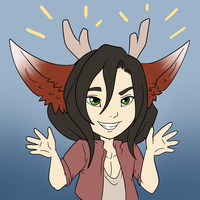 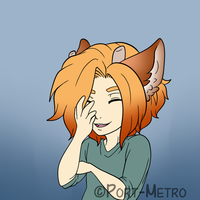 There are many stories in the world of Genesis. Many characters have their own lives and tales. There are also several campaigns staring several characters that may not be included in the character section of this world page. The campaigns of the world can be written down but as they're done on a weekly basis it is hard to keep track of exactly what happened when retelling the story so things become innacurate.

The characters included on this world page all have stories and places. If by chance a story is started for the world and not completed it just means the information got a little ahead of us and we're behind on updating it. We will work hard, however, to keep any stories updated. If the story is being written via Genesis Campaign then updates may happen on a weekly basis.

Lore, mythology and legends have been changed to better fit the Genesis world so things are not the same as how you learn them. Things like Angels and Demons have been altered as well along with the worlds they inhabit. There are many supernatural creatures included in Genesis and their lore and information may possibly be different than other sources. Most information, however, has roots in the original lore of some kind.

Throw everything you knew about legends, lore and mythology out. What you've learned before may not be the same information that you will come across here in this world.

Tales of the Super⚝Market or better known as TTSM is a sibling-world to this one. If you'd like to learn more about it then click here.

Ailís A mage scholar who enjoys research. Is also referred to as "The Red Witch" and even "Witch's Bane".