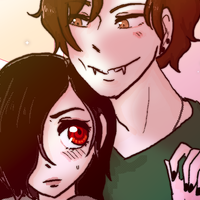 Theodore grew up as the only child of James and Martha Elswood, with them his grandparents also lived, at his father's side; Otis and Edith Elswood, and on his mother's side: Frank and Emma Bell.
They all shared a big house in the countryside where his grandparents had lots of lands to farm on.
The house had been an investment made by Frank and Otis who had been childhood friends, so both he and his parents had spent their childhood growing up there.
Teddy as they often called him loved to be an only child, having all his family there to shower him with affection. He spent his childhood helping out with his grandparents vegetable crops or occasionally help out in the tailor shop his parents owned in the city.
When he didn't help out with his family chores he would play with the other kids in his age where he often would be the leader of whatever mischief they were up to.
Once he reached his teen years he would get a bigger interest in music and the everyday country life started to bore him as he dreamed about moving to London to pursue his dream of a life in motion. His dreams could vary from day to day, sometimes he wanted to be a music producer, a singer, radio talker or perhaps a pilot.
He never got around to that tho and didn't leave the small town until the year of 1939 when he got called in to serve his country in WW2, which he took great pride in.
It was however far from as glamorous and adventurous as he had thought it to be, but it was there he went from a boy to a man.
But it was far from as glamorous as he thought it would be, but it was then he went from a boy to a man. Theodore spent most of his young adult life being part of the British military aircraft stationed in France.
It was with beaming happiness that he was going to return home to his family but he never made it that far. On his way back from the war he and some friends had been celebrating the victory in a bar and as he was going to head back in the night he could hear a woman calling for help, so of course, he went to investigate it.
There he found a woman that was being under the attack of a man, didn't take long for Theodore to decide to help the woman out, and that...
Was the last decision he ever made as a human.

The man was a vampire, and as a punishment for 'playing the hero' and making his prey get away, he turned on Theodore instead, fed off him and turned him just to abound him in the night.

The vampire life was hard for Teddy, feeding of people, not sure of what had really happened, what he had become...
It took many years of struggle and starvation before he started to gain a bit of more control over the situation. He decided to go to Germany years after the war had ended, to see what it was like there.
So on one late evening during the Oktoberfest in München, he came across the scent of fresh blood, which made him mouth drool and he couldn't help himself but search after the source of the scent.
That was when he saw him, "Lütz", the first other Vampire Theodore had ever come across since the incident that had turned him.
On broken German, he tried to communicate with the man who didn't seem to respond to English. But it was of no use, the other vampire kept avoiding him and seemed to be bothered by Teddy's presence, but he couldn't just give up, since he had been turned he had felt so alone, he who always had been a very social and talkative person.
At the end of the Oktoberfest, he had done no improvement with communicating with the other vampire, he had tried it all even got a German lexicon.
The last night he sat in a pub, feeling pretty down about it, once he finally had found one of his kind, that person didn't seem to want him around.
But it was then two cups of coffee was placed in front of him, as he looked up he saw the other man, the vampire, sitting across of him.
"Your name vas Theodore... Vasn't it..?"

From there on the two men grew to become good friends and would occasionally exchange letters as well as meet up a couple of times during the years until Lütz left Germany and they both live in the same town. 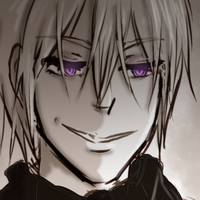 Lütz is the guy Theodore usually turns to when it's things that matters. They met durring an "Oktoberfest" many years ago in Germany.

He was the first vampire Teddy came in contact with after he had been turned, at first Lütz didn't seem to want to have anything to do with Theodore, just as Teddy had given up Lütz turned around. They have been friends ever since.

Lütz have had a bit of 'bad' influence at Theodore at times. 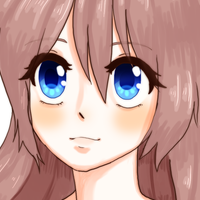