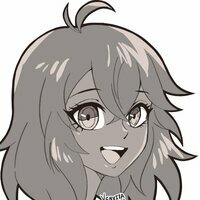 In every friend group there's that one friend who seems to be the "glue" or the "leader" that keeps things together. Lina is that person. She's outgoing and nice to a fault. Above all else, she loves her friends and will do anything for them.

A firm believer in giving anyone a chance, she sees the good in people and will stick by those who she's grown close to and stay with them through thick and thin. She's reliable to the point of seeming like a busy body. She's someone who will absolutely get in your business for the sole purpose of trying to fix anything wrong in your life.

Many a times has she found herself in a dangerous situation and maintained a confident smile. She'd face down her own demise with no regrets as long as it meant her loved ones were safe.

Putting herself out as much as she does, there is a tiny hint of jealousy dwelling deep within the very dark recesses of her mind. It can be said that there is the possibility within her to be a very cruel and spiteful woman if she's been pushed into a corner. This "spicy" part of her personality doesn't have a chance to come out because she's reasonably well adjusted. But if say, she had lost nearly everything, she wouldn't be so nice to someone trying to pry the last piece of stability she had away from her. 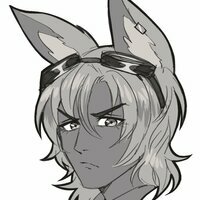 Unlocked Spells (As of Chapter 48)