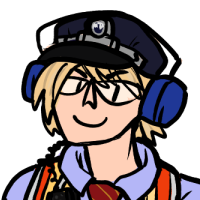 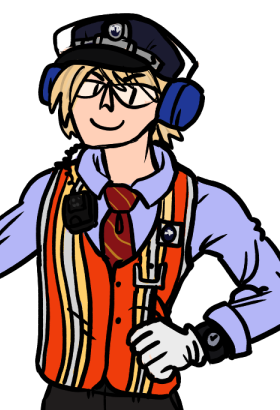 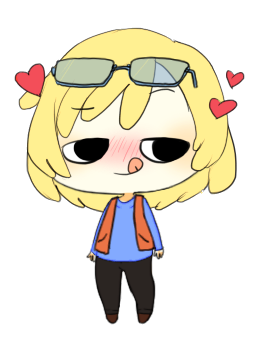 Craig is Dave's flaky best friend. He's a smarm, a flirt and kind of sleazy. Obnoxious, thinks he’s God’s gift to women. Isn’t. Spends most of his time chasing women who want nothing to do with him.

Dave, his best friend and drinking buddy, puts up with him because (when he's not thinking from his pants) he's fun. Obsessive, especially about trains. He’s the little kid who wanted to be a subway conductor and actually grew up to do it.

No attention span. Kind of in-your-face and doesn't care who he insults. Cheerful, isn't easily put off. He likes fishing and cobbling together contraptions. In love with his terrible white Econoline van.

I don't know if I can ever bring myself to draw him in Yankee gear, but Craig is essentially this guy.

He doesn't wear glasses; those are safety goggles in his ref.