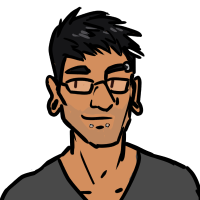 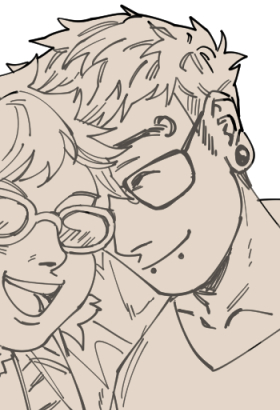 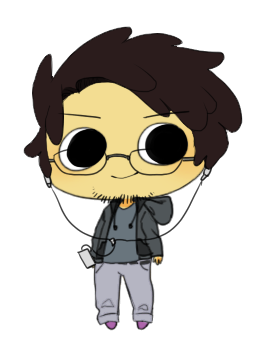 His girlfriend is Jill, and where she's wild and reckless, he's more chill and mature, but they're equally passionate. They met at a war protest in college.

He does the designs for her band's t-shirts and flyers, and though there isn't a musical bone in his body, he supports Jill 100% and is delighted to see her pursuing her dream.

Jesse's sense of style is sort of understatedly fashionable; he doesn't wear anything flashy, but he puts thought into what he wears. He wears a lot of grays and solids and accents those with colors. He's the sort of guy who could pull off wearing vintage anime shirts and still look cool.

He wears gauges in his ears and has snakebite piercings and a pierced eyebrow. He usually has some facial hair, though he keeps it neat and close-cut. He wears glasses.