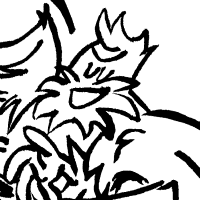 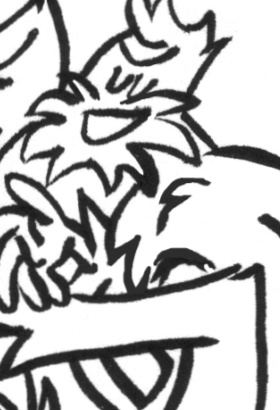 From a minicomic I made in 2012 called Boardwalk about yeti sibling rivalry, Yebulon is the oldest yeti brother. In the comic, while playing Monopoly with his siblings Yemima and Yergatroyd, Yebulon tries to low-ball his brother on the price of Boardwalk, and when his offer is vigorously denied, Yebulon tells him who wants it anyway, it's a poopy card-- leading Yergatroyd to leave Tibet on an immense journey to prove him wrong.