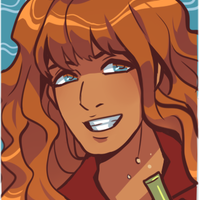 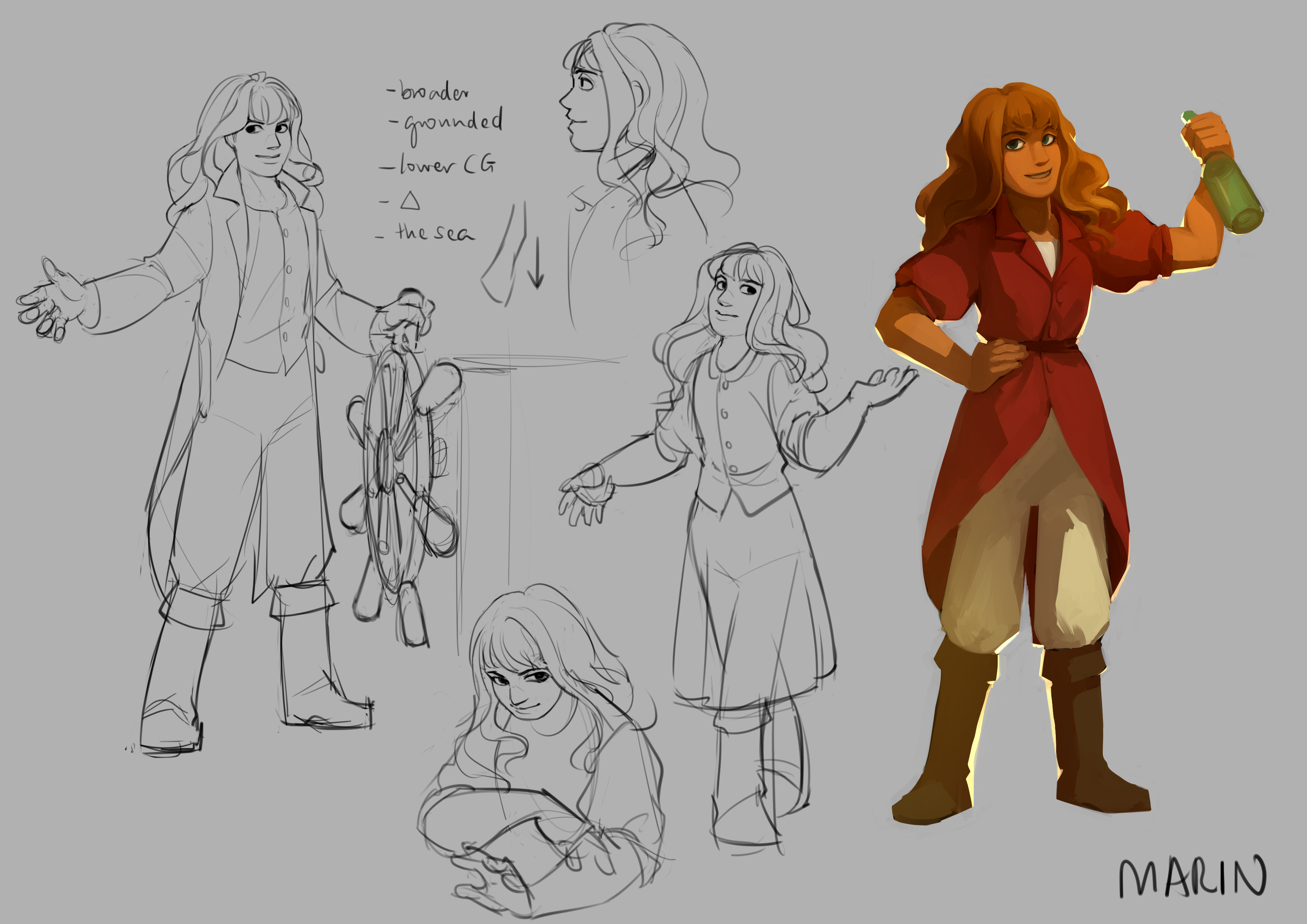 Marin has been sailing for as long as she can remember. She has spent her life chasing stories: following legend after legend, searching for the coast of the next continent on the other side of each ocean.

She once worked for the queen of some unnamed kingdom, sailing in her exploratory fleet and delivering missives between leaders. But she got lost in the tales she heard in the faraway lands she set foot in, and soon left to strike out on her own, losing crew members who doubted her sanity until it seemed her ship was sailing on the force of her thirst for adventure alone.

For the longest time, Marin has felt the call of a single destination, the ultimate destination: the fabled edge of the world, where it is said resides an all-powerful goddess who will grant anything one desires. Lately, finding her has been all that has been on her mind, but with the last of her crew mutinying, she is stranded in Baytown.

Marin is an adventurer at heart, always seeking new stories, new journeys to pursue. She is in the habit of shouldering huge burdens, often working tirelessly through sleepless nights when crossing seas on a shortstaffed ship. She's a big drinker who can hold way too much liquor for her size.