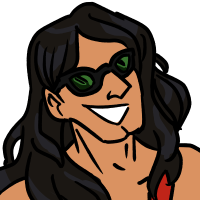 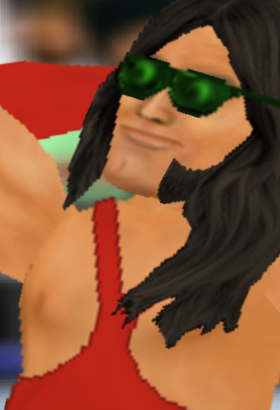 The wrestler who's just collecting a paycheck.

He's 99 years old and he looks better than you.

BEEF BEEF is a famous pro wrestler, a longtime veteran of the industry. Any time anyone does a cool move, he'll tell you he invented it. And can you argue with him? He's 99 years old!

And wrestlers wouldn't just lie, would they?

BEEF BEEF is currently working for a new indie promotion that has no idea what they're doing, but managed to nab BEEF BEEF as one of their main draws, among a hodgepodge of washed-up concussives and kids greener than the grass they're smoking out behind the American Legion hall. The company is scrambling to put shows together and just get the wrestlers to show up sober, but BEEF BEEF isn't concerned with any of that as long as the checks don't bounce. He's definitely not putting 100% into his matches anymore, but neither is anyone else at the company.

In his first feud, the aged wrestler is facing plucky up-and-comer babyface Danger Doop, but the kid has a tough row to hoe in front of him when the crowd loves BEEF BEEF as much as they do, even though he's the heel.

BEEF BEEF is a wrestler WaffleFoxAlpha and I created in the phone game Booking Revolution in 2016.

Waf said something to remind me that BEEF BEEF existed and I couldn't sleep until I drew him a ref and shared him with the world.