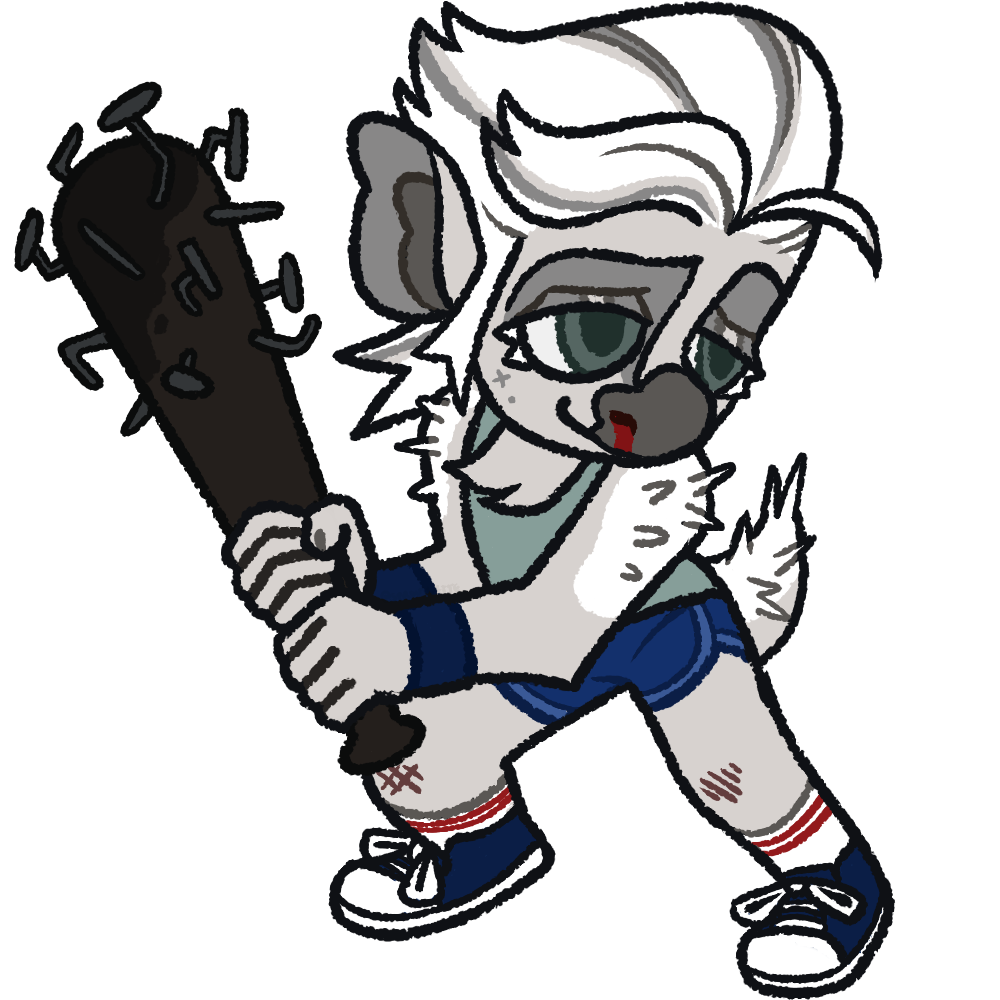 BK, or BabyKing (sometimes just 'Baby' or 'King', depending on who's talking to them) is Porcupine. Their "actual" name is Florence, but nobody calls them that.

This sona is more anthro in design and is secondary to Guy. I use them to vent about past and current struggles, as well as to reclaim things that have not-so-great associations. Bisexual and had a gay crisis in High school, plus has a handful of issues...

BK is a North American Porcupine. He's somewhat a Jock, and enjoys athletics. His story takes place in the 1980's, so his wardrobe and surroundings reflect this.

BK is Bisexual, and had a gay crisis when figuring this out in high school. They took a while to come to terms with this, and took time to explore themselves.

Spines start on back of neck, go down shoulders, upper arms, and back, and end on the tip of their tail. Spiny areas are white/pale.

Hair/top of head is NOT SPINY. Hair is big and usually an overgrown mullet. 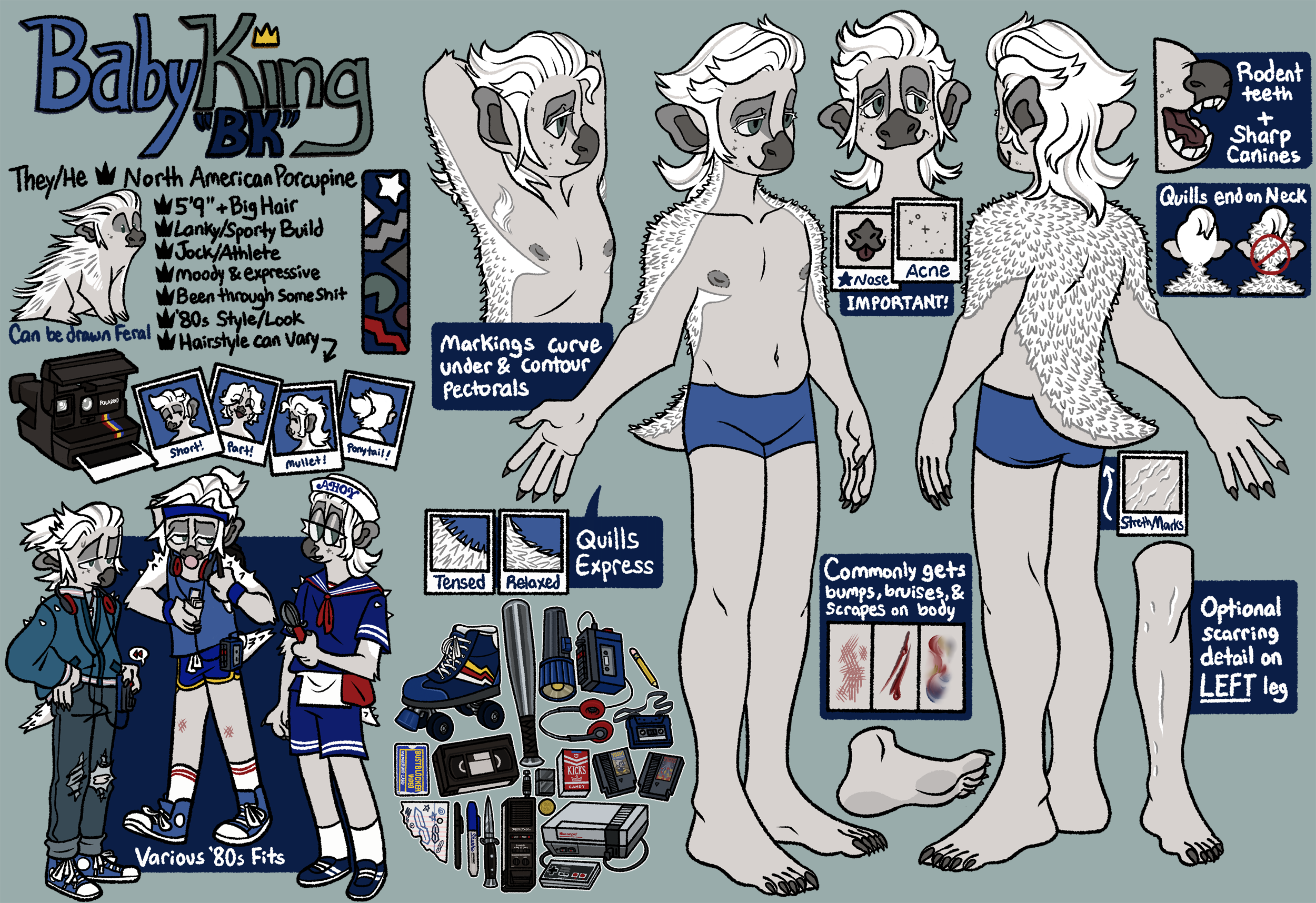 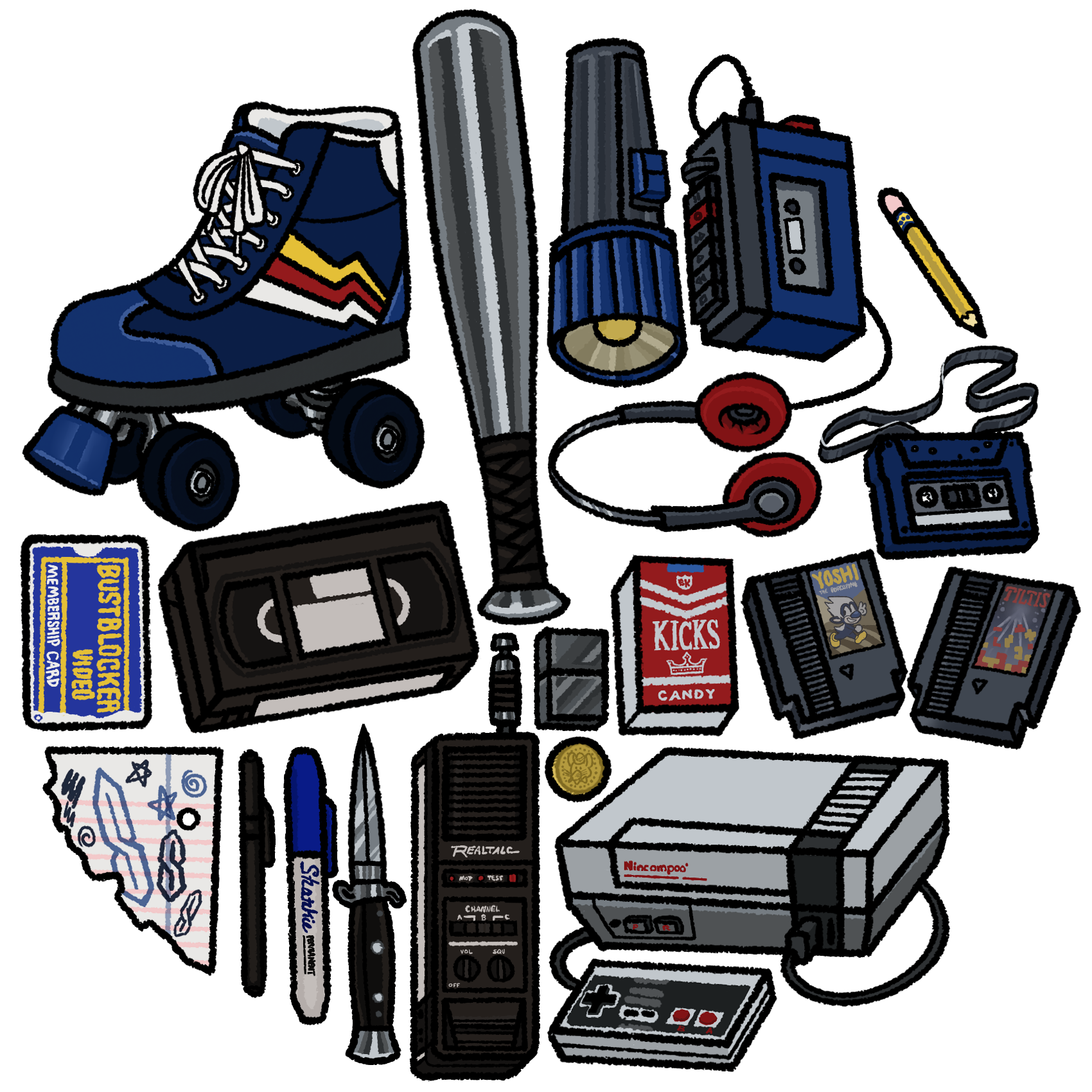 BabyKing has a bit of a history with a number of other characters, all of which have very different relationship dynamics. They know a lot of their friends and peers from school, work, and parties. They tend to match the energy of the peers they're round, being a bit more reckless and chaoic around high-energy pals, sometimes being rowdy and destructive. They love their friends a lot, and care a lot about their 'rivals', even if they don't exactly show it.

Babyking ‘BK’ Quillson
BK has a hard time with themself, and has come a long way, dealing with a lot of shit, both internal and external. They like to have fun and value relaxing after causing a ruckus. 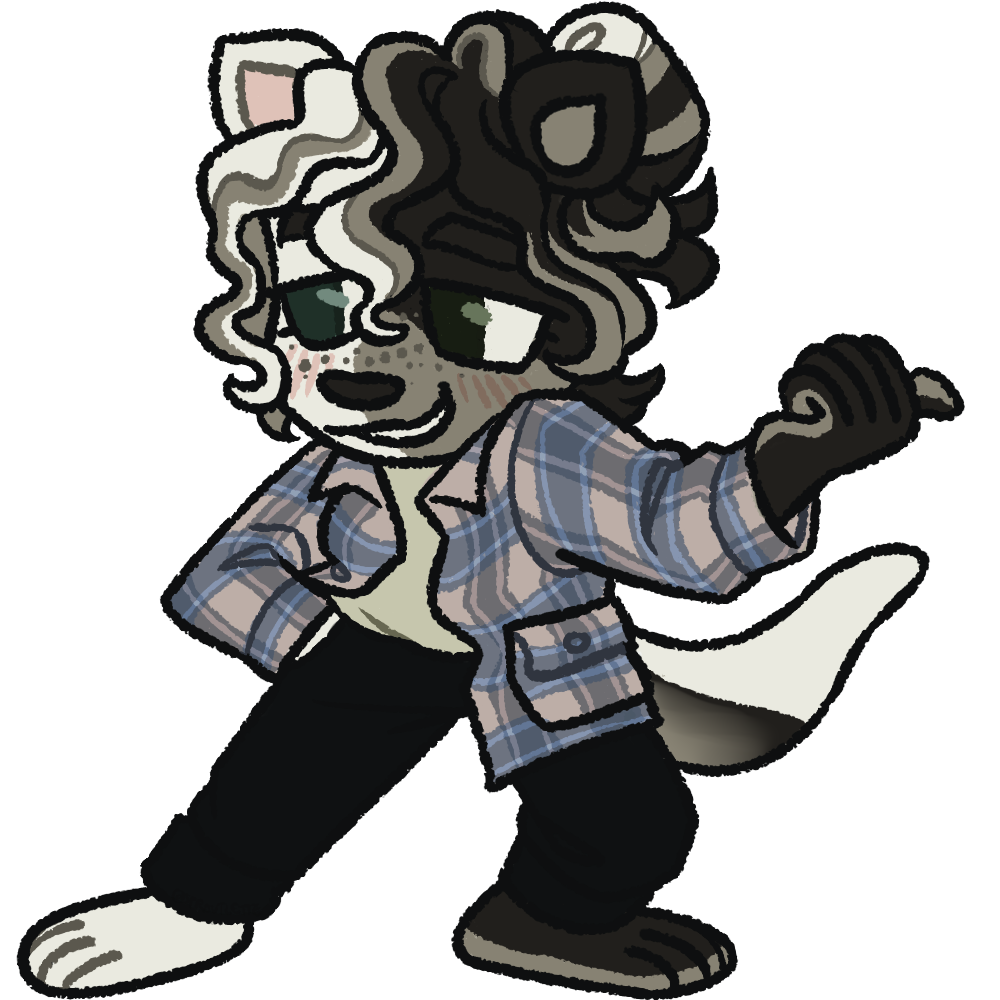 Bridget "Birdie" Holmes
Birdie and BK met at work, and found out they had attended the same school together previously. Their dynamic is incredibly buddy-buddy and reckless, goofing off behind when customers aren't around to make each other laugh. They enjoy smoking together after hours. 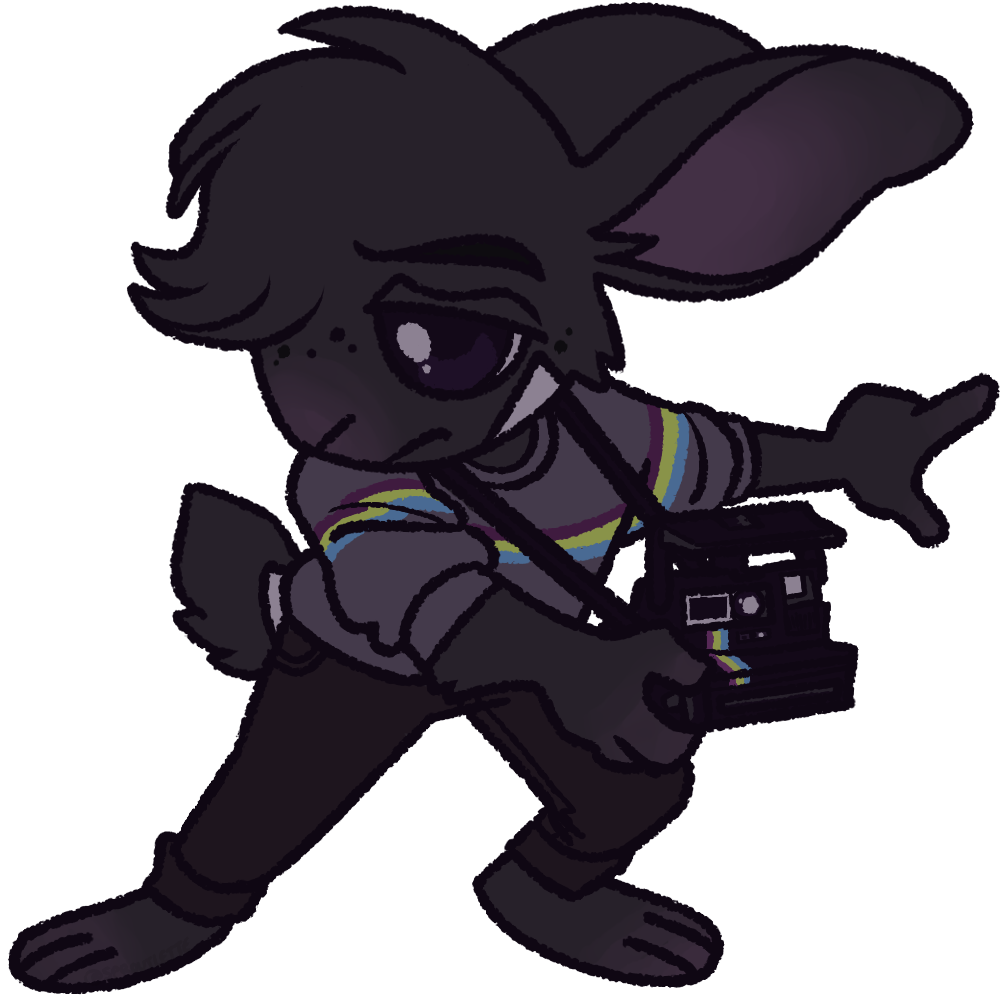 Lucas Dakota
Goes by Dakota. He and and BK met in school, and the two of them would hang out in secret, usually in the school darkroom. Dakota worked in yearbook taking photographs. BK liked to tease him about this, often suggesting themself as the best possible subject to be photographed. Logan Ratsputin
Logan and BK met on Halloween one year, both getting lost and seeking shelter in the same abandoned house. Logan was injured and begrudgingly had BK help him out. They're now bandmates and have a strange love-hate dynamic. Edmund ‘Eddie’ Ratsputin
BK and Eddie are pals, and are in a Dungeons & Dragons campaign together. They don't hang out much but when they do they both loud, chaotic, and play off of each other like overenergized idiots (which they are...) Eddie is in a band, but not a rivaling one, they have fun. Ripley Ziegler
Ripley Zeigler is the coolest dude in the dork crowd. He's got a loud mouth and a trashy sense of humor, but BK has seen him let his guard down before. He and BK like to hang out in the summer/during breaks, and find refuge in Ripley's old treehouse in the summer heat. 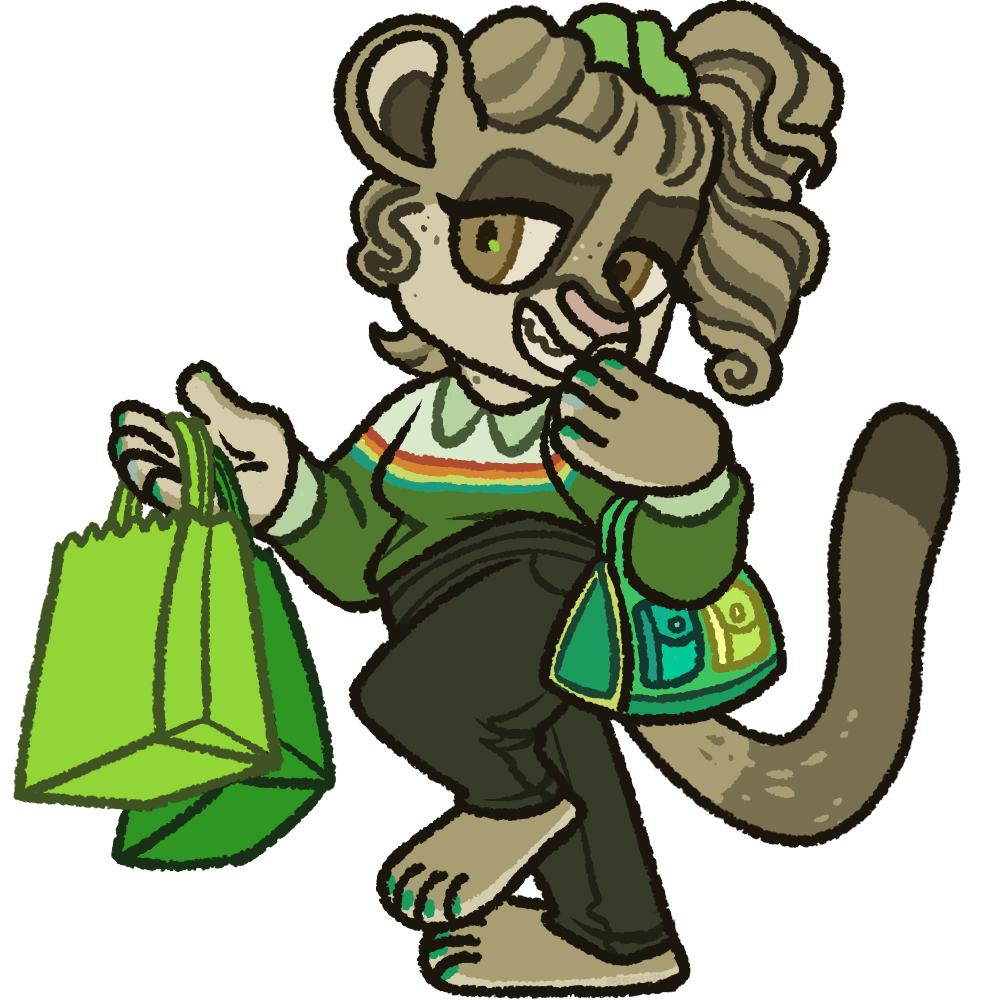 Victoria ‘Tori’ Myers
BK doesn't know Tori well, but they've spoken at parties before, and have a laugh now and then about her rediculous brothers. They're on good terms as far as acquaintances go, and will wave at each other if they cross paths at the mall. 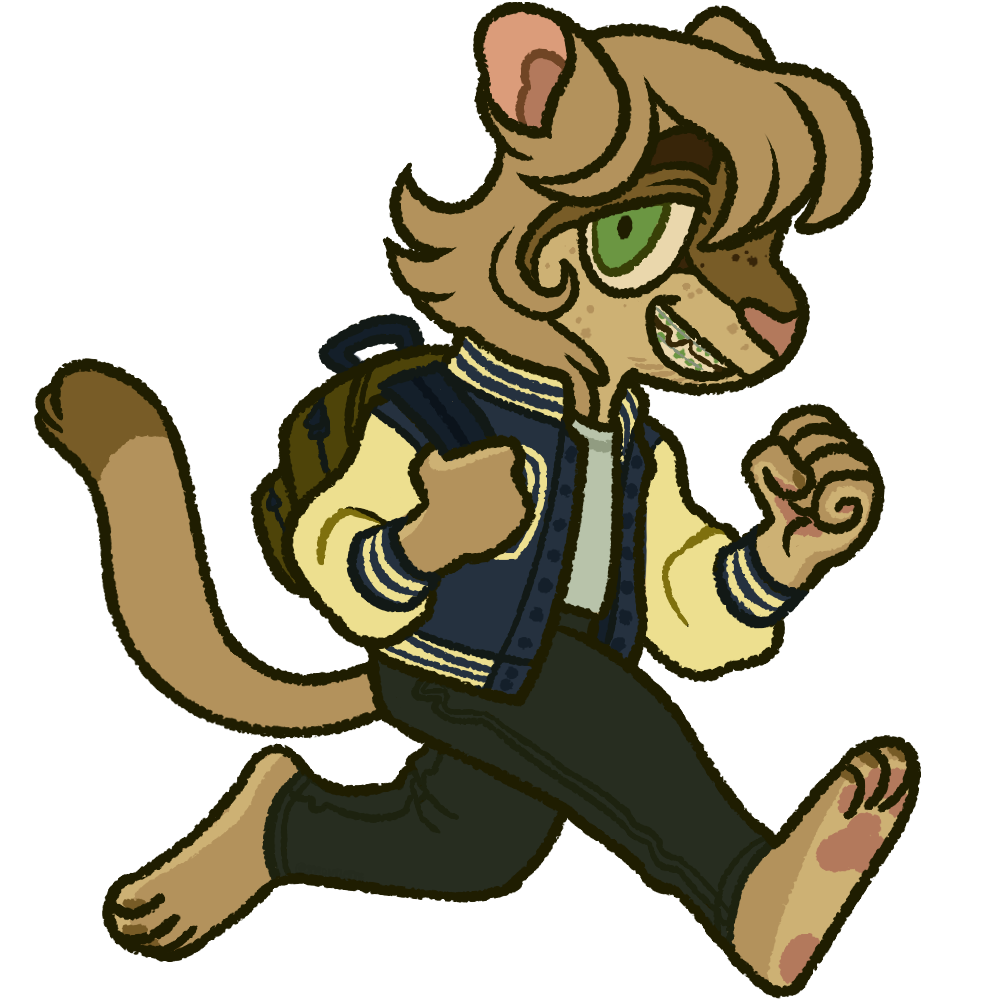 Darcy Anderson
Darcy and BK went to the same school growing up. They weren't particularly friends, but BK secretly admired him, not entirely sure if he wanted what he had, or ... to be with him?? This gave BK a bit of a crisis and they were (mainly playfully) rivalrous as a result when they did interact. 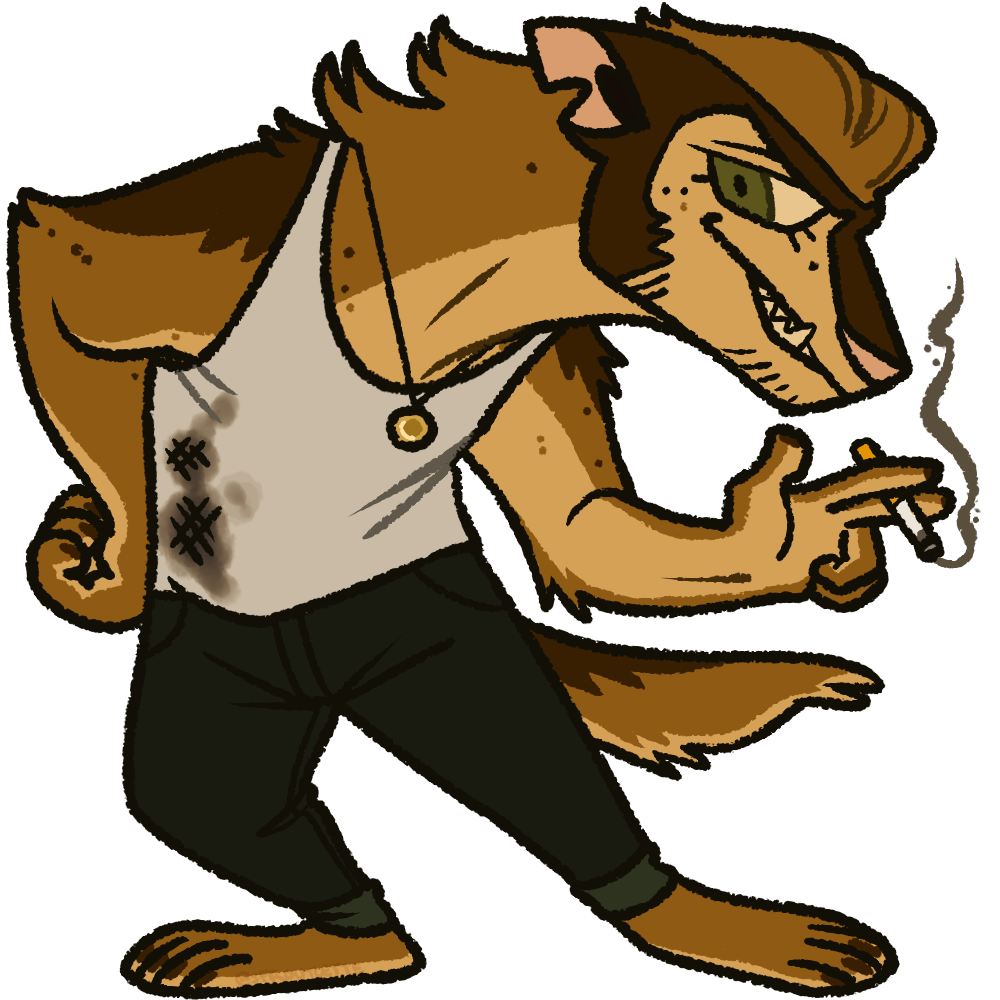 Dax Anderson
Dax is Darcy's older brother. Dax and BK are bandmates, and the two have a very tumultuous relationship. Dax is short-fused and impulsive, which irritates BK. They only seem to get along at parties, where they can match each other in chaotic behavior and cause a ruckus. 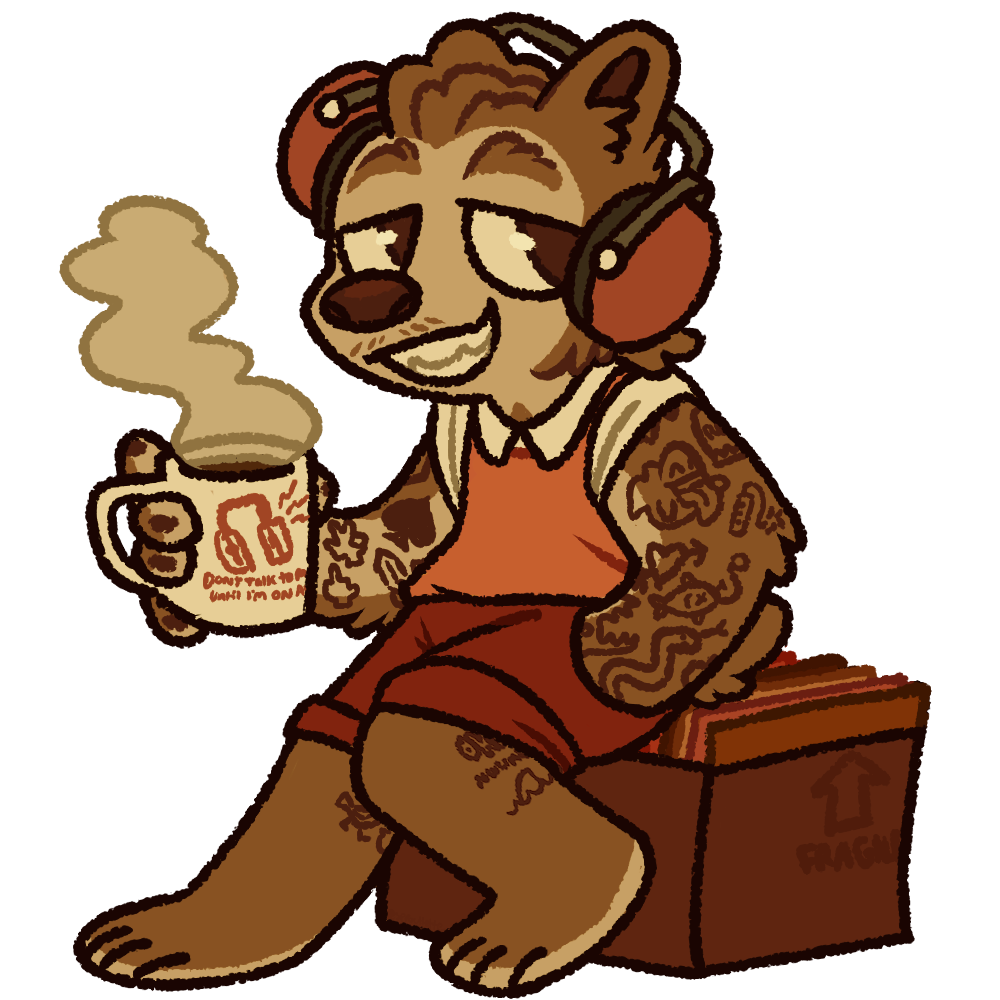 Kade Bailey
BK is a fan of the radio show Kade interns for, and as such is familiar with his work. They like his stuff, and if they met BK would be a bit in awe, plus have a ton of quesitons. Thea ‘Teddy/2D’ Simmons
BK and Teddy are friend-of-a-friends, and see each other in passing occationally. While they've yet to properly meet, BK knows she's placed a few top spots at the arcade, and that Birdie thinks she's cool (of course she does...) 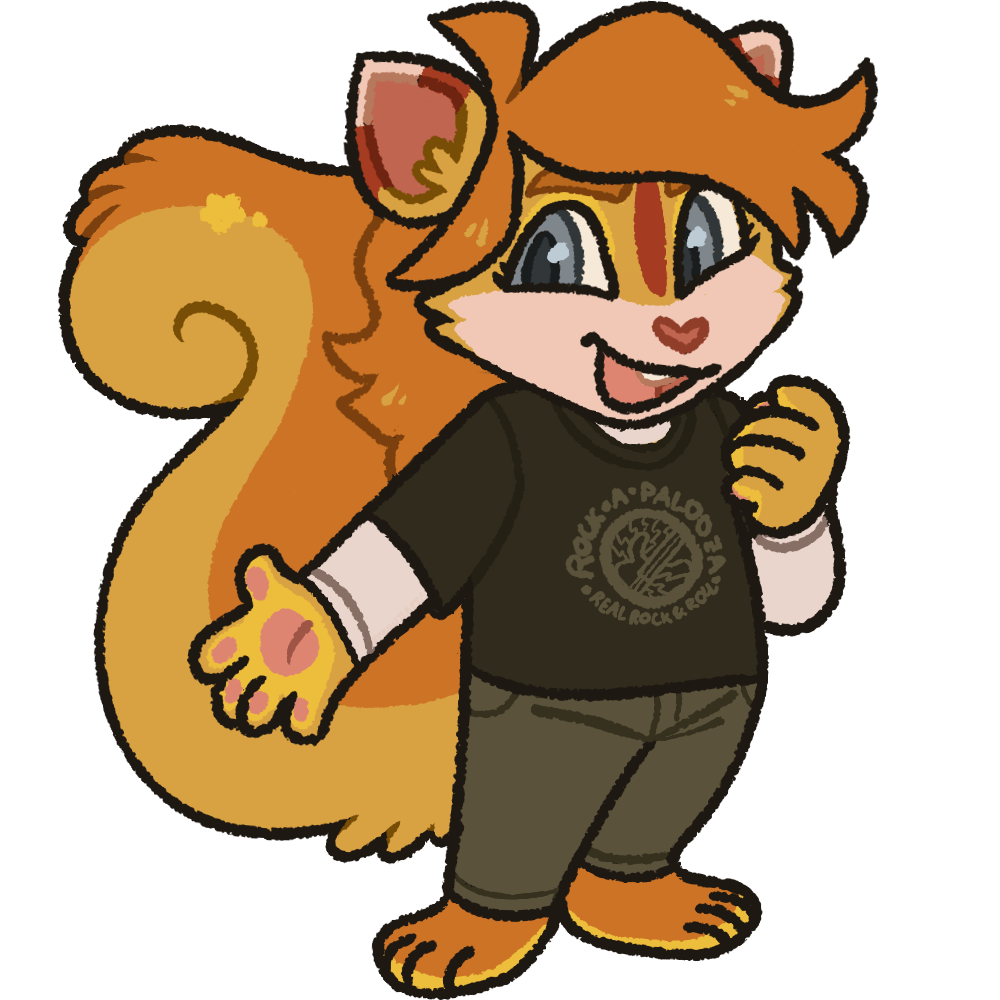 Raquelle ‘Rockie’ Starbrick
BK and Rockie are pals! Since Rockie and Eddie are in a parody band together, and hang out a lot, they know each other and enjoy goofing off at Eddie's place sometimes. Rockie's also in a Dungeons & Dragons campaign with them!