“Normality is non-existent in this strange world of ours..”

Howdy! The name is Chaos, but you can call me Dead Hour on here since it is my username after all! I’m a fan of everything that’s cartoony as well as coming up with characters that are out of the ordinary! [An example of my “out of the ordinary” characters. This is art made by the wonderful Elizabeth-Senpai!]

I am currently working a series I declared “Nothing Too Abstract”, it’s a weird name for a series I know. It’s mainly telling the story of many characters, both Misfit and human, as they live out their lives in this insane world full of madness, insanity, and most importantly, chaos.

Creatures with powers and abilities that far surpass those of a human roam this world. They take on many species and forms like slimes, pyrites, ghosts, mermaids, robots, zombies, etc. These creatures go by the classification of “Misfit”. Telltale signs of a Misfit includes mostly a humanoid look, other extremities like wings, horns, tails, more tall in height, and the feeling of chaotic power so tense that the air feels heavy. These things roam the world, attacking any human that gets too close or provokes them, they possess immense power so powerful that they can strike a human dead with one swipe of their hand.

So to all humans out there, remember to stay safe and stay alive.

I’m also present on these other platforms 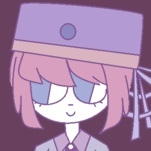 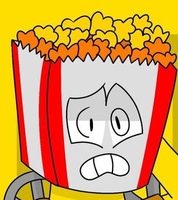