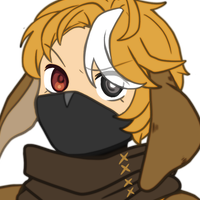 WARNING: This contains spoilers for "Ragazza Volpe Magica ~A fox by any other name isn't as rhythmical~"
Please do not read this section until you've read through Chapter 88 if you wish to remain unspoiled

A miraculous combination of Resonator and Maestro brought forth by total understanding. The Unknown Miracle that felled the Great Evil over 2000 years ago. In this form the Resonator and Maestro pilot the body as one, however their distinct personalities can still experience independent thought. The rhythm of the resonator and maestro fused to make up this form is added together and multiplied, resulting in a being that carries immense nearly god crushing power.

In fusions such as this one the physical gender is determined on initiation. Given neither of the participants particularly care about which form they take, this leads to one or the other being chosen upon completion of the merger. It's never apparently obvious to the outside observer which gender they've chosen for a particular instance, and they appear androgynous to anyone looking upon their form.

Despite Vinci having unlocked the Null Ultimate spell, their fused counterpart doesn't seem to have access to it. All of their other unlocked spells work fine and are much more powerful than when being used by Vinci normally. They still have to announce their spells to use them, but the speeds at which they can be cast are significantly greater than when they're unfused.

There are some side effects of this miraculous power.

After breaking the fusion apart, Vinci and Sonia experience shared thoughts. This can lead to things such as speaking in unison, or finishing each other's sentences. Spell speed is also boosted for a short period of time after separating. Their biological timers are synced up after ending their fusion, for example, needing to sleep, or use the bathroom.

Damage is also shared between their bodies after ending their unison. Being injured to the point that they lose their fused form has nearly disastrous consequences for their separated bodies, leaving them on a sliver of rhythm remaining and usually duplicating the injuries sustained across both of their bodies.

As mentioned earlier, Resonator and Maestro pilot this body together. Their consciousness remained separated in the realm of their mind. Though because of the nature of this reality defying power, visualizing their mental landscape is a simple task, to the point where they can have entire mental conversations and "see" their partner.

Rhythm in this form appears purple, being a combination of Vinci's strong Willpower and Sonia's strong Emotion. This rhythm can be defined as "Conviction", having the emotional strength to read the hearts of friend and foe alike, with the willpower to follow through no matter what may come their way.

Species Bonus: Candid Sense -Through increased hearing, the resonator has an innate sense of their target's position in battle, increasing the accuracy of their attacks.
à deux Relic: Double Scroll - Upon completing à deux, the user is granted three scrolls enabling them to swap their species, element, attribute of an ally. The user's spell list is changed to only contain an Ultimate level spell of that element. Using the spell undoes the transformation. Scrolls regenerate over time, each one taking twenty-four hours to restore one.

Fuoco Fatuo
(Tenuto or Mosso)
Utility Spell. Casts a ball of floating fire. Mosso creates a quick burst of light, while Tenuto causes the ball to follow the caster, providing a light source.

Ghiacciolo
(Pianissimo, Piano, Forte, Fortissimo)
Basic Ice attack. Creates a spear of ice that is launched at the target.

Foglie a Lame
(Pianissimo, Piano, Forte, Fortissimo)
A basic wood based attack. A flurry of sharpened leaves strike the opponent.

Pasticcio
(Accelerando or Rallentando)
Basic sound support. A sound-based spell that converts the rhythm into a boosting effect for target spell. Can be cast into attacking spells to increase or mute the target. Can help mitigate the costs of sustained spells.