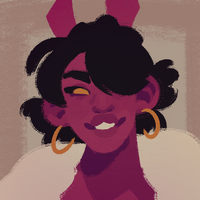 This layout requires that CSS is enabled to display correctly. Please visit your display settings and enable Custom CSS to view this profile. This page does not contain any flashing colours.

Guildmaster Warlon's daughter and journeyman fabler out in the world looking to capture her great fable!

...Or so she says. Edel is not technically a journeyman, and may possibly have slipped out of the guild without telling anyone where she was going, and her father might be worried sick about her. Haha, oops!

But technicalities schmalities, she grew up at the guild surrounded by music and stories. She's got this! And hey she has a sexy bodyguard to keep her safe and she's found this weird elf that turns into a bear so like that's a fable waiting to happen, right? It's fine... 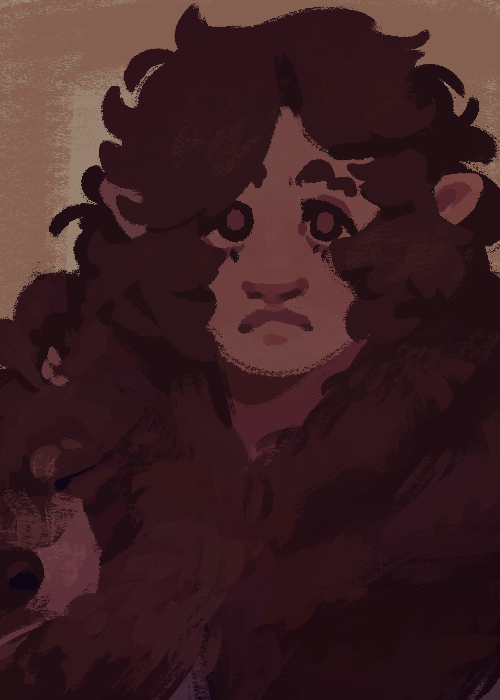 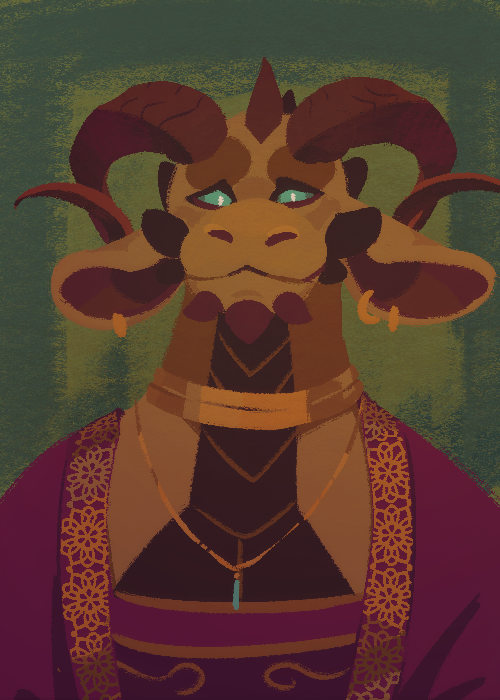 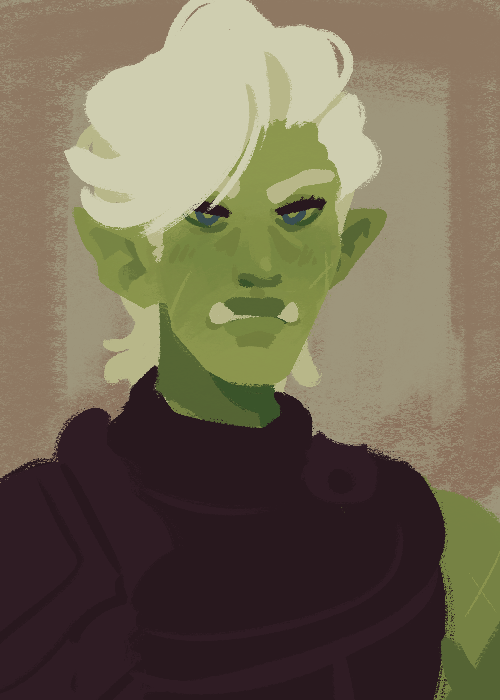 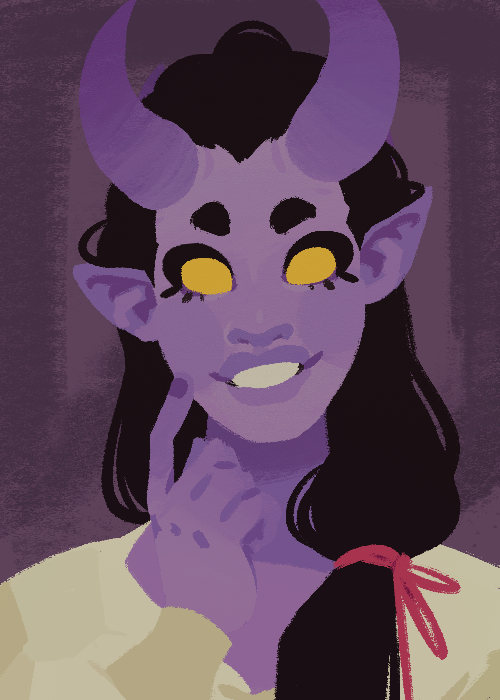 Both being a rather rowdy pair, they do butt heads from time to time—but for the most part they're good friends!

On Sorrel's part, she's deeply interested in Edel's unique form of magic as an innate caster and the things she's learned studying at the Hall of Fables, while on Edel's part she thinks this is all super boring and would rather talk about literally anything else actually.

But, she LOVES Sorrel's willingness to throw fists and puts up with the dull magic questions to beat stuff up.

Edel LOVES [Bear Noises]. She likes to pretend to be able to talk to animals and understand what they're saying and the others have not yet figured out that she's full of absolute shit. Bear figured out she was doing this immediately but "talks" to her anyway.

She won't say this aloud, but Edel is actually terrified of sleeping alone. So meeting a weird elf that talks in bear sounds and turns into a big soft fluffy bear at night that she can sleep on turned out to be an excellent discovery for more reasons than one. Nap buddies!!

Warlon is the Master Fabler of the Hall of Fables, a highly respected craftsman and weaver of tales—but most importantly, Edel's dad :)

Edel may be impulsive. She may have left the guild without telling anyone and might be wildly unprepared for any actual life or death physical altercations, and she might possibly be the last person you'd ever want to go to if you're seeking any kind of wisdom.

But what she isn't, is stupid—so obviously she found herself a sexy bodyguard to protect her on her reckless adventures! A hot bitch to keep her safe and look handsome and hit on relentlessly <3

Elwyn is her little baby cousin who she loves and adores very much!

They don't see each other all that often due to the distance, but when Ellie was a kid and Edel was a teen they would go on "adventures" together, mostly just Edel taking her through the back passages of the Halls, or taking the scenic route through town to get icecreams.

Elwyn looks up to her a great deal and begins studying at the Halls to be just like her big cousin, so when Edel disappears from the guild she's absolutely distraught. 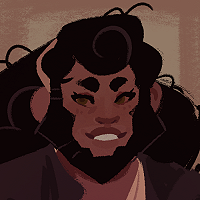 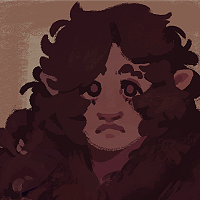 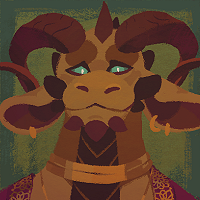 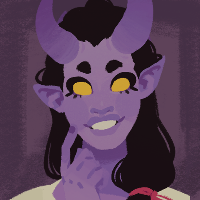 A beautifully crafted blade given to Edel by her father on her 18th birthday.

However, it's not just a pretty piece of art—in the hands of one who knows how to use it, it's a dangerous, deadly weapon.

That said Edel would be a liar if she said she knows how to use it.

But hey, who would you rather take in a fight—an idiot, or an idiot with a sword?

Edel has a natural pull to her that makes it hard to pull your eyes away from her—and not just because of her flashy appearance.

Her voice itself has a quality to it that cuts above the crowd and makes you want to pay attention to what she's saying. And when she pulls her lute out?

It's clear she's a woman raised by the Master Fabler himself—her skill for commanding an audience is undeniable, to say nothing of her musical talents.

A simple wooden flute. Not Edel's instrument of choice, but given the time to set up some echo illusions, it mixes rather sweetly with her voice.

However, Edel mostly carries it around for sentimental value—she made it herself.

An extremely fluffy coat which attracts its wearer a lot of attention, and affords them zero protection.