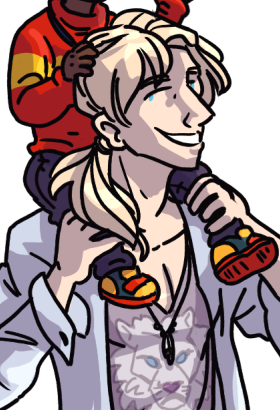 The prodigal son. Trying to be better.

Tunes
For The One - Waters 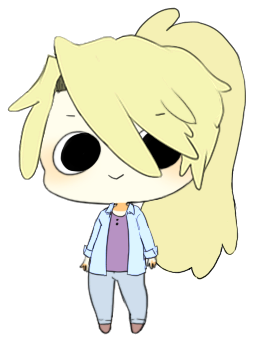 Nash was once a rotten kid, brash and disrespectful and ready to fight the world. He skipped out on his family as soon as he turned 18, leaving his ailing mother in the care of his sister and running away to "find himself." Well, he found a lot of things out West, and now he's responsible for a child. After a situation with his boyfriend Anirudh becomes complicated, Nash finds himself suddenly thrust into being sole caretaker for Ani's little son, Otter. Humbled from his experiences and lost as to how to Be a Dad, he's returned to New York seven years later hoping for forgiveness-- and help with the kid.

Nash is a mountain climber and a new age type, into meditation and yoga. For now, he's working as a yoga instructor. He's also a Bird Guy. Most of all, he's interested in trying to be a better dad to Otter than he was a son and brother, which is a pretty low bar.

Nash is tall and long-legged, with long blond hair that's usually pulled back into a ponytail and bright blue eyes.

He dresses like a new agey or hipster dad, I guess-- he likes loose, airy clothing and light colors. I associate him with lions and birds or feathers.