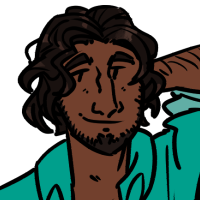 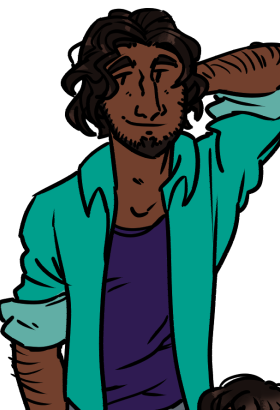 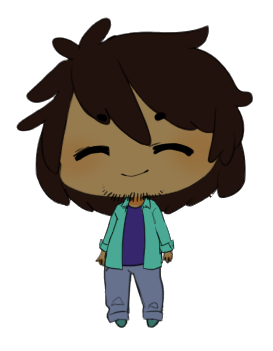 Anirudh, or "Ani," is as chaotic a person as he is a good guy; he and his equally disastrous boyfriend Nash certainly deserve each other. Ani means everything well, but he has a big heart and a tendency to get himself involved in all sorts of things most people would have been wise enough to avoid.

He is Otter's dad, and he loves his little boy more than the sun. He means to be a good dad, too, but he's currently MIA because of a situation that got... complicated. Ani's left Otter in Nash's sole care for now, a role his boyfriend really was not prepared for.

In the meantime, Nash is trying his best to be a parent and really hoping Ani comes back soon.

Anirudh dresses casually and practically, typically with some bold colors.