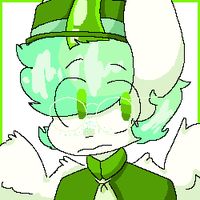 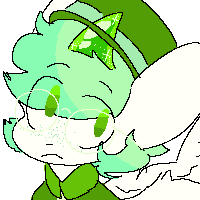 As the integral electromagnetic structure, Farley is the living embodiment of magnetism, color, electromagnetism, electricity, light, and all related imagery, memetics, and concepts. Electromagnetism exists because Farley exists, and he is an overpowered reality warper due to this. He is also one of the strongest Mag Frags, due to the potency of his affinity.

Yet, he does his best to keep out of the way of the others, shirking his responsibility and power like it's going out of style. The idea of having to support others, or - stars forbid - have people depend on him makes Farley clam up, so he spends his days hiding instead.

He was found young, adopted into the COR by Jubilee, who alerted the Mags of the new baby. As the first new Mag they'd ever met, everyone instantly set to fawning over Farley, which set off his "I NEED SPACE" alarm and he instantly withdrew. Though he does love them all and enjoys the attention, he's too terrified to admit it.

In recent years, befriending Vodovorot has helped Farley grow out of his shell a little bit. The other's infectious optimism and unwavering idealism appeal deeply to Farley, who would rather the world be a good place WITHOUT needing his assistance tending to it.

So now he just talks to randos in Internet chatrooms under many pseudonyms.

Tries not to promise anything, because the sheer expectation of having to follow up is crippling. Barely holds down his job; only succeeds because of its menial basic tasks. Immense guilt over the realization of this is paralyzing. Relies on denial to get him through a day without breakdowns.

Loves logic puzzles and processing information, but imposter syndrome stops him from sharing any of it. Terrified of looking stupid if he says anything; convinced everyone else around him is more of an expert than he is. Refuses to share opinions.

Attacks viciously when in a corner. Doesn't know enough about people to manage to conjure personal insults, but tends to be cutting enough to scare others off. Hates this aspect of himself, but can't reason himself out of stopping.

Wishes to be a good, moral role model. Admires collected, calm figures of authority and attempts to emulate them. Finds worth in guiding the younger Mags, as the eldest of their group, and does an OK job at it. Scared to ask for advice.

Envious of people he finds freed or unrestricted, like Juice. Would kill to be like him. Knows he could take concrete steps to become more like Juice, but knows he can't.

need to redo this, but basically: 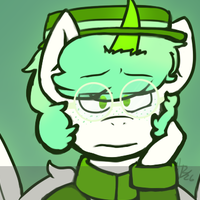 Vodovorot    (partner)
Best friend, if not partner. Sort of less in a romantic way, and more platonic. Feels like he's the only person actually on his own level, and that they just get each other. Relieved to have finally made a proper connection with another person.

Juice    (part...ner...?)
Not sure if they're dating. Trying to quantify it results in Juice laughing in his face. But... likes his personality, and is flattered Juice is so interested in him. So, so happy the weight of being strongest Mag is off his shoulders now. Willing to do shenanigans if they're not dangerous.

Jubilee    (boss)
Was the one who took him in, introduced the Mags to him, and gave him a job when he fled. Admires and deeply appreciates all Jubilee has done for him. This triples whenever he finds out how poorly Juice, Proximity, and Quantum had lived in the meantime.

Proximity    (friend)
They're close, right? He's always around Juice so they've  grown to know each other a bit. Likes Prox's general slight chillness and easygoing nature. Has made attempts to reach out, but they seemingly fall on deaf ears, much to his disappointment.

Peresekat    (go away)
Never leaves him alone. Secretly kinda glad for that; not sure how his mental state would do if he ever thought the Mags lost interest in him. Does think Pere's a little bit too overzealous and... well, self-centered, though, to be a proper friend. So please go away.

Kolo    (help me)
Right so you're the leader - enforcer, whatever. Why aren't you wrangling these other guys more? Please? Can you wrangle them?

Zmeya    (hhhhhhhhhhhhhh?)
Glad Jedana is wrangling this one and not him, because honestly, has no idea how the fuck he's meant to help Zmeya. Feels really, REALLY bad about the Genesis thing, but what can he do? Vodo understands the situation more intimately and is better equipped, anyways.

Devetougao    (friend?)
Juice got to Devy before Farley did, and damn, it shows. Quantum is enraged constantly at this and half-blames Farley, which only worsens his feelings towards Devy. Knows objectively Devy is innocent in this, but is still pissed irrationally.

Trinaestougao    (ah shit)
Oh my stars she has so many issues. Especially regarding self-esteem. Where did she even pick that up?! And the cherry on top is - of course - none of what Farley says seems to ever work. Add her to the pile of therapy failure next to Quantum.

Quantum    (stressful)
The guy is completely unresponsive to any therapy given, and has like a billion complexes. And now that he's friends with Juice, Quantum's withdrawn from Farley even more. How's he supposed to be a good mentor and role model now...?

Shestiugolnik    (acquaintance)
Likes seeing the other around the Internet as a familiar face, but doesn't like interacting. Has spoken with multiple mortals in his hivemind and can't really think of any downsides to the whole idea, since everyone seems happy. Win-win?

Kvadrat    (stalker)
Wishes he'd stop trying to find his accounts and alts. Frightened every single time Kva, without fail, sends a follow request on a new account. Has turned his computer upside-down trying to figure out how the fucker does it.

Dijamant    (um)
Briefly friends with benefits until Farley realized what he was doing and promptly cut it off. Now feels horribly awkward when Dij is around (often) and is full of distilled regret over their past (constantly). Cannot fucking believe Kolo is dating him now.

Srce    (help)
Ok he's just really overbearing and his expectations every time they try to hang out just end up suffocating any goodwill he has towards Srce. He's just too... smothering? Bossy? And simpering, all at the same time. Just a really bad combination.

Farley named himself when he was younger, so his name is stupid and silly. But if he was allowed to name himself now, it'd be something horrible like "Elektrica" or "Magniia." So really Farley is the lesser of two evils.

Haha, as if Farley fights.

But if he did, or was pressured into it, he'd try to resolve it as quickly and peaceably as possible - stripping someone of their magic, encasing them in an inescapable box, putting truth spells or geasa on them to force them to comply to his superior's will. Because Farley isn't going to fight unless authority figures implore him.

Messy, clearly well-lived-in, but not disgusting or repulsive (helped by the fact that he doesn't eat, drink, or use a bathroom). Discarded packaging has stacked near his favored haunts - the computer chair and the bed. Lights are rarely on, but when they are, the full spectrum of gorgeous colors of the furniture and decorations is displayed. He's got an eye for palettes, clearly.

Lives in the COR, in a designated area of headquarters just for his residence. But he does have a corresponding plot of land in Magtown. There's just a door that leads to HQ's room.

Status as a Mag is unknown except by high-ranking COR members (top of the top). Seen by normal workers as just Jubilee's errandboy/that office kid. There's something off about his high position and his lack of history/identity, but most people don't mull it over too long.

To the older Mags, beloved and adored despite his demeanor. They're all waiting for him to finally wisen up and come hang out. No hard feelings or grudges from Farley's behavior.

Among younger Mags, uncertain. Some respect his authority, expertise (lol), and opinions, while others see him as a peer. Nobody looks down on him.

Relieved he doesn't have to do shit. Terrified that he should be doing shit. Completely unable to marry those two warring concepts in his brain; prefers to ignore through denial or purposeful rejection. Copes with self-loathing by pretending it doesn't exist. Suffers extreme guilt whenever he hears about issues and difficulties; feels he should be universally fixing those, as an all-powerful benevolent god should.