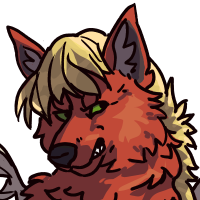 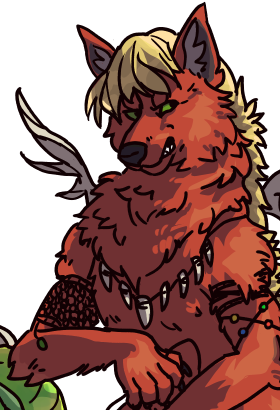 Airassen is an old character I uploaded just for fun.

Airassen (AIR-as-in), or Air, is a trapper, responsible for rigging traps and organizing expeditions to bring back food for the tribe. He is mated to Saxifrage, the healer, and he is also bonded to Fuagarth, his old friend and the tribe's smith, and Teillana, Fuagarth's mate and the chief. Airassen means well, but he's tough and gruff and not much of a people person. People wolf? Wolf wolf?