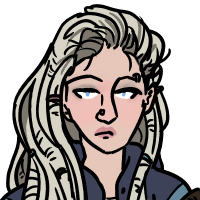 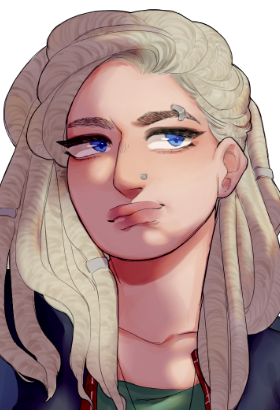 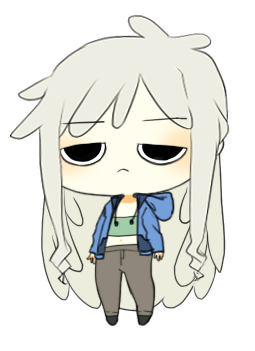 Ida has long, dirty-blonde hair in dreadlocks that come to the middle of her back, with some wraps of different colors. She has a serious face, a nose piercing, an eyebrow piercing, and a pierced bellybutton, and she wears some other jewelry, typically the sort on cords rather than chains.

She dresses in practical outdoors gear like hiking boots and hunting camo-patterned pants, and she carries a canvas-and-leather backpack.