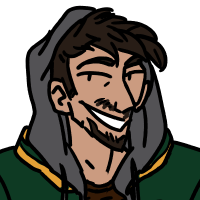 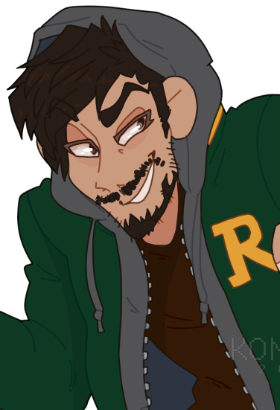 King of the delinquents. 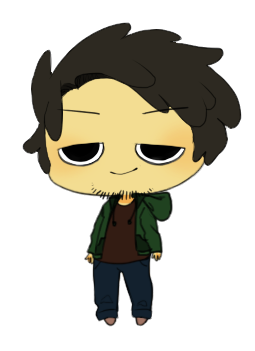 Stuckey is a very tall, almost ungainly-looking guy, but he has some muscle. He has dark brown hair, thick eyebrows and scruffy facial hair, and hooded eyes that shouldn't be trusted.

He typically wears jeans and shirts in some dark color, but he's not a monochrome sort of guy and doesn't wear much black. He's usually wearing a gray hoodie under his green-and-yellow letterman jacket, tan work boots, and the coyote tail keychain he's known for on his right hip. 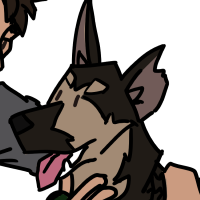 Stuckey has a German Shepherd named Tupac who's nearly always by his side.

Like his owner, Tupac is a creature of the streets, rangy and kind of scruffy. His left ear has been torn off halfway.