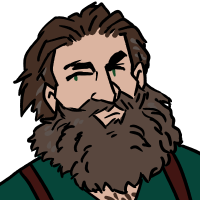 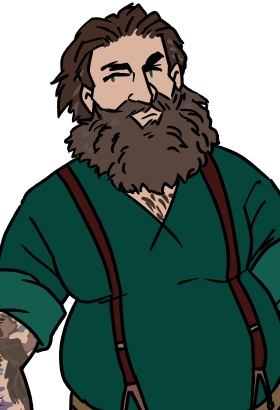 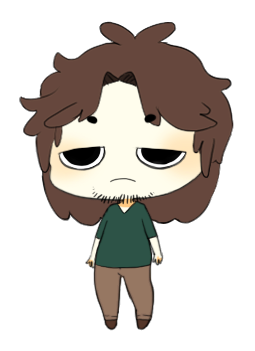 Kjell, let's be real, looks like he belongs on a package of paper towels. He's big and brawny and dresses like a lumberjack, with a bushy beard and serious green eyes.

He has tattoo sleeves on both arms depicting forest animals and woodland scenes (the specifics aren't super important, but the visible tattoos on his ref are as follows: his left arm has, from hand to elbow, a beaver in a lake, a bear, an arctic fox, and some kind of bird; his right has a wolf howling to the moon, a moose, a bald eagle, and other birds).