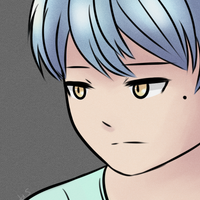 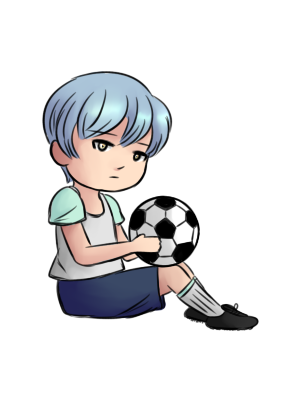 In-su is the son of Hyejin Choi. He doesn’t know much about his father but is close to his mother. He enjoys playing soccer, going to church with his youth group, and traveling with his mom. His friends are usually the children of Hyejin’s friends, in his youth group, or they play on his soccer team. Though his life seems great he has trouble expressing emotions. Even in photos it’s rare for him to smile. The only person that makes him smile the most is his mom when they spend time together.

In-su is a bit tall for his age. He has blue hair and his eyes are a mix of yellow and orange. He’s usually quiet since he can be a bit shy, never knowing what to say. Even when he was a baby he was always quiet.

In-su was born in New York city. He doesn’t remember his father but knows what he looks like from photos and some home videos. When his mom worked around in the family store in New York, he would stay with his grandparents since they helped take care of him. Though he didn’t start school in America because before he could start he ended up moving to South Korea with his mom. For a while he went to a public school but soon transferred to a private school once his mom’s career started earning more income. He isn’t popular in school but still has some friends. His mom would take him to a local church where there is a youth group. He also has a best friend whose in the same soccer team as him. His other best friend is a famous child actress whose father helped In-su’s mom with her music video.

In-su became interested in soccer not that long ago. He plays soccer with friends from school and church. He’s also in an out of school soccer club. He isn’t the best on the team but he also isn’t the worst. He doesn’t really care about being number one so long as he can play. He hopes to continue in middle school and high school. Someday he hopes he can play in the world cup. 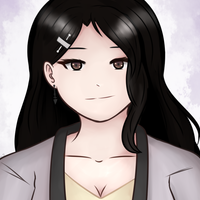 [ Mother ] They get along. In-su hates when she has to stay at work and is gone for a long time. Though he gets sad he still loves his mom. He knows about his mom’s job but he isn’t allowed to listen to her music.

[ Best Friend ] One of In-su’s close friend. She likes him a lot and always wants to spend time with him. In-su has to find other things to do because she sucks at playing soccer. Though he has fun when they go play somewhere.