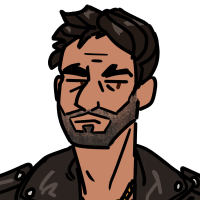 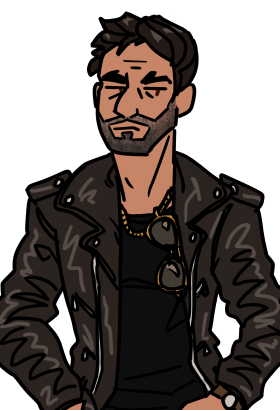 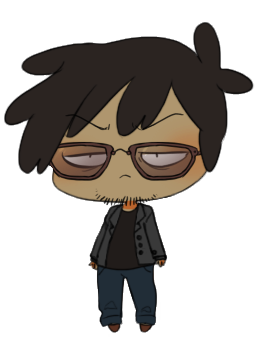 Yusef was in an alt rock band that shot to sudden fame in the '90s on the back of one hit. Unfortunately, it's a song the band hated-- it was totally different from all the rest of their music, but that's what the public latched onto, and at every concert, that's all anyone wanted to hear. To this day nobody cares about the rest of their catalog, and rarely does anyone buy their other albums. The band itself is on a semi-permanent hiatus as all the members went on to find day jobs to pay the bills, and raise their kids. So is the life of a one-hit wonder.

Yusef's still bitter about it, and about the predatory record deal he and his bandmates signed in their youth that leaves them unable even to enjoy the profits from the hit. Regardless, it's not like he had any better gig going, so when he was approached to be a judge for the Catband TV show alongside Wanda and Paloma, he accepted. He does love music-- maybe somewhere more deep down than it used to be-- but it's impossible to say his heart is in this, and Yusef certainly is not eager to help any young bands succeed.

Yusef's not a complicated guy in terms of style-- you'll nearly always find him in jeans and a leather jacket, Ray Bans faithfully in tow.