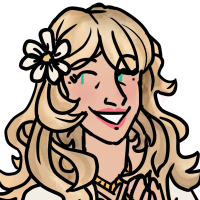 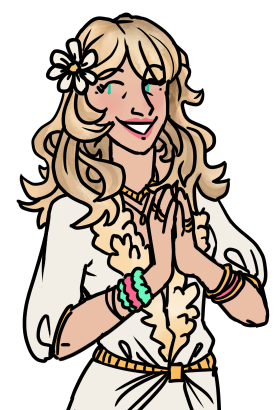 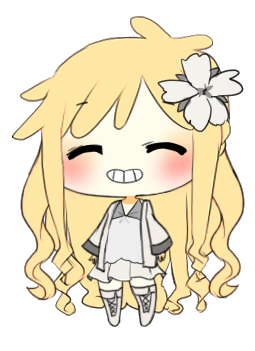 Paloma was in a girl-pop band that was popular once-- enough that money isn't a worry for her anymore-- but there's still enough goodwill in the memories of the band that she gets called for gigs like her current one, where she is a judge on the Catband TV show along with Wanda and Yusef. Unlike the other two judges, who can be blunt and mean or just bored and unhelpful, Palome really loves this opportunity to give back to the music world that she grew up in, and she's eager about the chance to help young artists along their path.

She's not great at it, though. Paloma isn't stupid-- despite how she looks and often acts, it takes a sensible person to make it out of teenage stardom alive and with their future provided for. That aside, her personality is gentle and kind to a fault, and whimsical as she is, she can come across as rather ditzy. Paloma means well and she's trying her best to help the young bands in the contest, but truthfully, she isn't all that helpful.

Paloma dresses... well, like Paloma; she's truly one of a kind. You'll find her in some new and interesting fashion on the daily, but her preferences lean toward 1970s-'80s stage style and other unique and flashy togs.