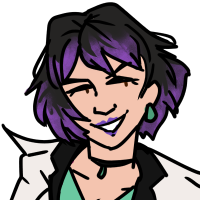 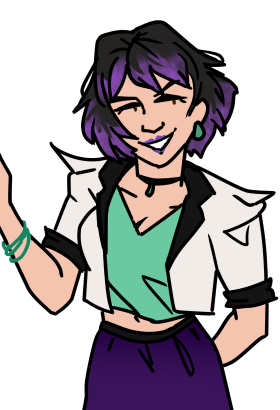 The "don't meet your heroes" judge. 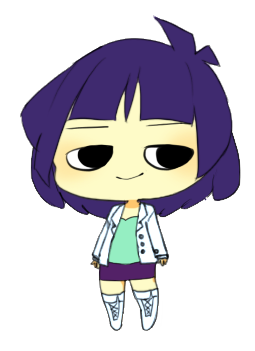 Wanda was in a garage rock/screamo kind of band in the '90s and she's seen as an inspiration in the scene, but that was a long time ago and being influential doesn't pay the bills. She's tried to parlay the remnants of her fame into various money-making opportunities, the latest leading her here: at her agent's urging, she's now one of the three judges of the Catband band competition, along with Yusef and Paloma.

The three of them are supposed to offer guidance and critique of the young bands in the competition, and separate the wheat from the chaff of the first waves of acts, before turning the voting over to the call-in public. Wanda just doesn't have the personality for it, though. She's not a bad person, but she's no better with baby bands than she is with baby babies-- blunt, direct, and kind of bored with the whole thing.

Why bother beating around the bush? It's a reality show. Wanda's just here for her image, and to promote her endorsements. Jill idolizes Wanda, but she's probably not the person Jill thinks she is, and Wanda's not concerned about living up to any kids' expectations.

Wanda's always wearing something hip and sharp-- she likes bold colors like the purple her hair is currently half-dyed, and classic blacks and whites.