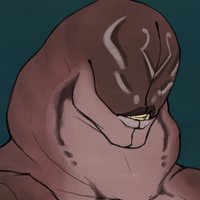 Zephran was captured by DISE and subjected to scrutinizing study and cruel experimentation. After many years, he was selected for a program to pair monsters with human DISE agents in order to track down, subdue, and capture or eliminate monsters in the field. He was matched with Nina Esposito, a young but exemplary agent, as his "handler". They are understandably hostile toward each other at first, but eventually learn to work together, and after gradually opening up to one another, fall in love. They go rogue and start to help the monsters they're assigned instead of capturing or killing them, and begin trying to take DISE down from inside and out.

Zeph observed human society from a distance with great interest before monsters made themselves known. Unfortunately, he was already being tracked by the Open Eyes, and was captured mere months after DISE was formally founded. He spent many years there, subjected to endless cruel experiments.

To his own detriment, Zeph is and always has been very proud, and had a short temper. He fought his captors at every available opportunity, resisted any restraints, and refused to cooperate until he had no choice. DISE agents considered him one of the most difficult and dangerous subjects at that facility, and many dreaded working with him. Any who could successfully subdue or outpace him were granted exclusive bragging rights and the respect of their peers.

Eventually he became too unruly for researchers to study safely with any consistency. Instead, he was submitted for the MA Program, with the logic that statistically speaking, he would most likely die in the field and his remains returned for study regardless. He was matched with Nina, as her superiors were impressed enough by her accomplishments thus far that they wanted to put her capabilities and mettle to the test.

Zeph made it abundantly clear to her from the beginning that he was not going to cooperate any more than strictly necessary for his own self-preservation. Nina had other plans, and "convinced" him to follow orders the hard way. The more time they spent together, the more Zeph came to realize that Nina's beliefs came from a place of misinformation and lack of understanding, not from active malintent. He starts to gradually pick away at her inaccurate beliefs, causing her to grow more sympathetic to him and other monsters and show more of her true self to him. Without the prickly outer exterior, it doesn't take long for him to begin to fall for her. 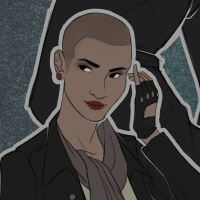 At first Nina believes monsters are meant to be either subservient to humans or eradicated, thanks to a lifetime of DISE conditioning, and treats Zeph more like a fighting dog to do her bidding than a partner. The more time she spends with him, though, the more she realizes how similar he and other monsters are to humans, and eventually falls in love with him. 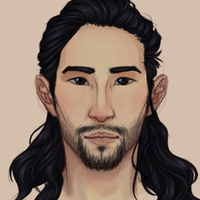 Zeph met Thomas when they were tasked by DISE to find him after he'd gone dark. He is initially extremely distrustful of him, given his history with DISE, and very protective of Nina around him. It doesn't take long for Thomas to prove himself worthy of Zeph's trust, and Zeph actually warms up to him before Nina does. 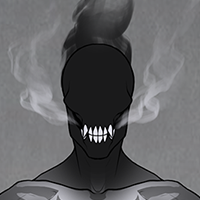 Lockwood is Thomas' assigned monster partner just as Zeph is to Nina, and by the time they meet, already Thomas' romantic partner as well. Zeph was baffled and intrigued by this, as he had begun to acknowledge his own feelings for Nina by now. Lockwood gave him hope that there could be a chance with Nina when he'd already convinced himself otherwise. Talking with Lockwood played a major part in Zeph coming to trust Thomas. Lockwood doesn't dislike him and knows they can count on each other, but finds Zeph too loud and boisterous to tolerate for long periods of time.