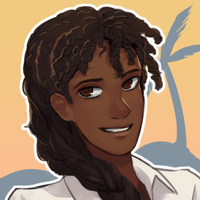 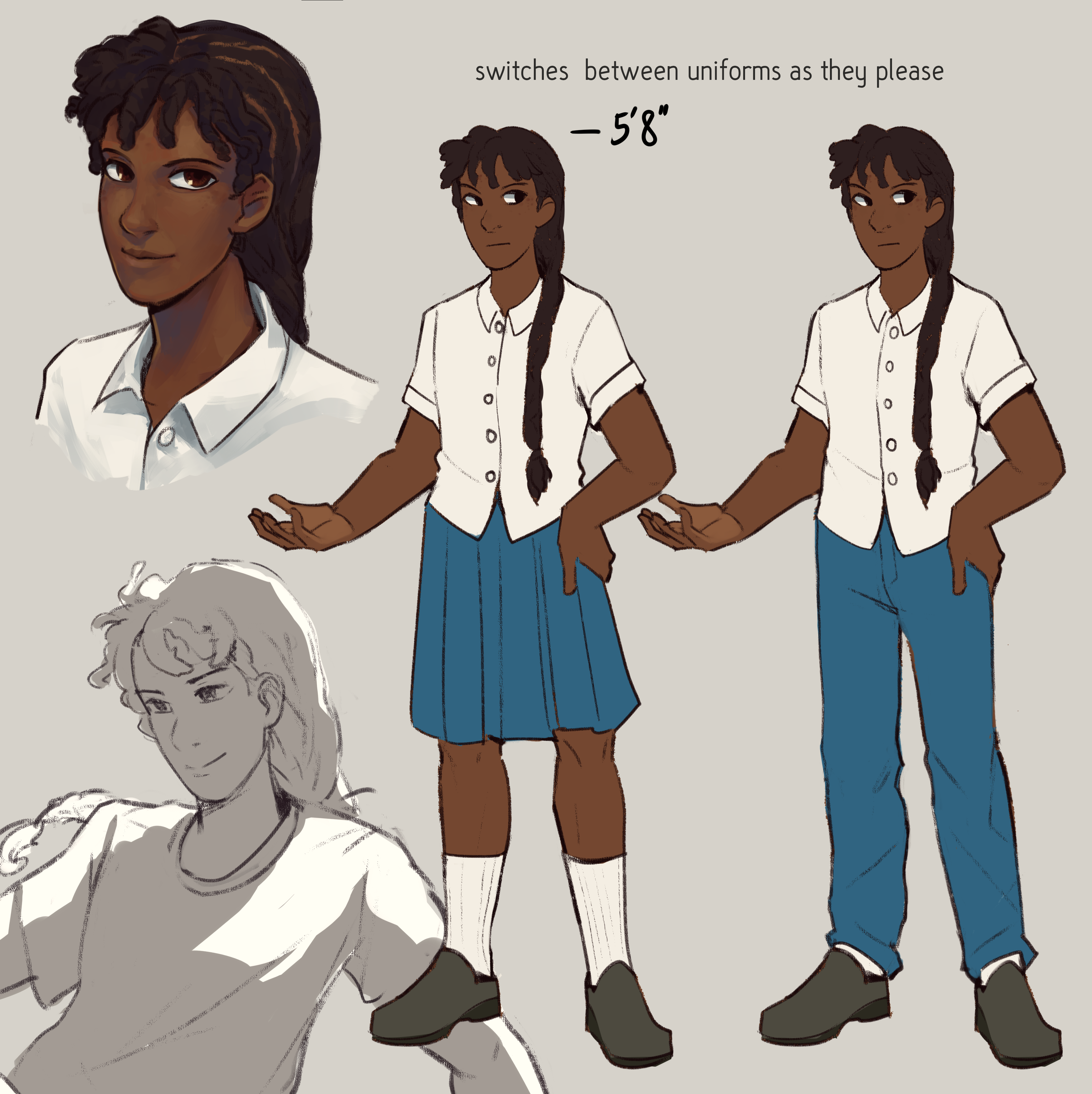 From my novel, Revolving Door. I use alternating pronouns in different sections of this profile to reflect their preferences.
Personality

Hinalei is always on the move: places to be, people to see, etc. If you want to have a chat, you'd better catch them fast because they'll be somewhere else in 5 minutes. An athlete on the track and field team and a hardworking student, they still manage to find the time to join beach care activities on Saturdays, and keep up with friends from two different schools. Yet they manage to be one of the most collected people around, not at all the sort of person who's got dozen things on their plate at all times. They're so cool. So on top of it all.

The fact of the matter is, this image is held up by consistent practice and arduous efforts at "faking it till they make it". Hinalei is, at all times, deliberately affecting an image of effortlessness. They are absolutely more stressed out than they look, and afraid that someone will see through it someday.

For someone so serious about doing things well and punctually, they aren't very good at asserting themself, seeming to hold others' needs in the same regard as their own. This causes problems when others take advantage of their good-heartedness.

Hinalei doesn't think looking like a bookish nerd will earn them many friends, but a nerd they absolutely are, with particular interests in Havaiki history and the history of the region. Their tendency not to express emotions outwardly belies their niceness, and how given they are to making silly quips in response to the teacher's questions.

Hinalei's parents immigrated from Hawai'i (an independent nation in this universe) and the United States. The two met on the plane ride there and never lost touch thereafter. She was born during a visit to her mother's hometown of Kapa'a.

From youth she enjoyed the good fortune of considerable wealth (for Havaiki residents) and parents interested in her happiness and wellbeing. This meant that she had lots of room to explore wildly diverging interests growing up: when she wanted to learn the violin, they took her to lessons till she decided she was done, and when she decided she wanted to try karate, they paid for all her gear and classes.

She was enrolled at the "upper class" South Town School through elementary and middle school, but she missed the high school sign-up date, and by that fluke, was forced to go for the second-best option.

Hinalei didn't mind starting over from the ground up, but outside of Teruo, her partner-in-crime, none of her old friends from STS returned her efforts at maintaining friendship with enough enthusiasm to make it worthwhile.