From The Light Left Under Trees 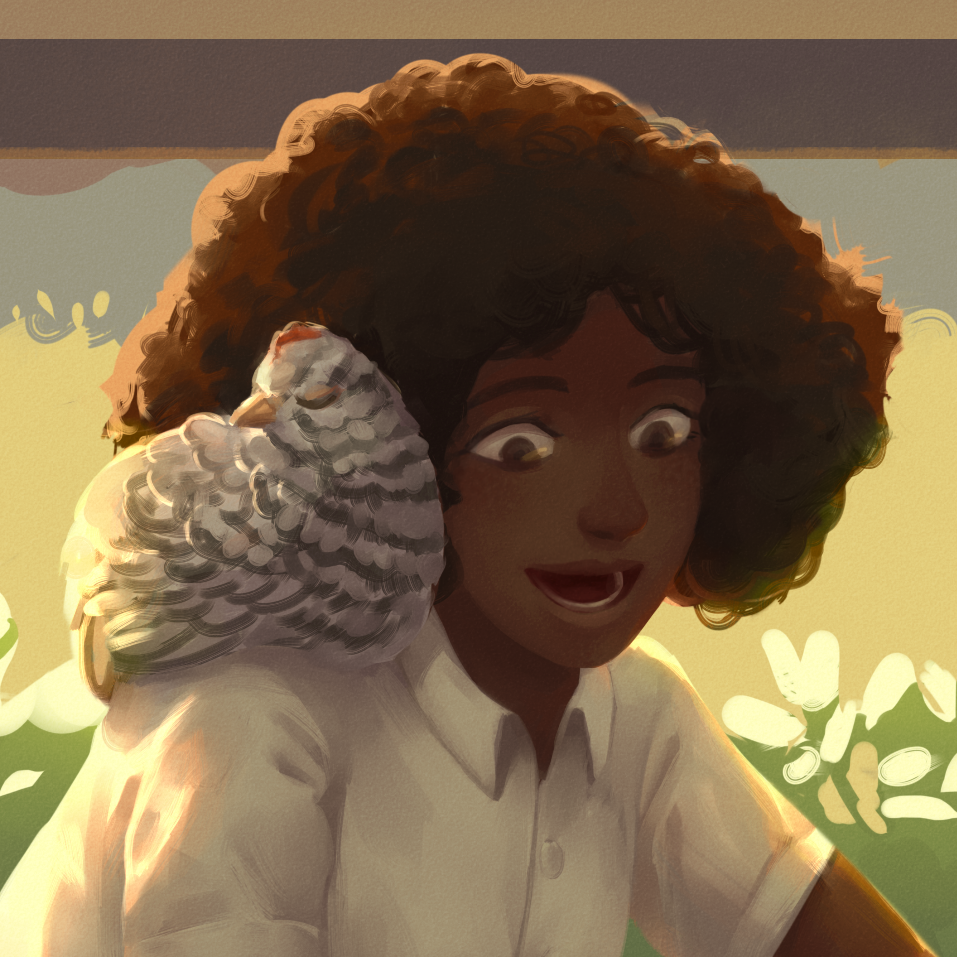 Off the bat, many people peg Lavelua as an easygoing soul—willing to take some shame or discomfort for the greater good. Se lives life by the principle of doing things in the way she most enjoys, often doubling the length of her walks just to detour to the ice-cream and drink carts in the city.

The truth is, even daily life can feel like crossing minefields for Lavelua. Even slight antagonism or forceful demands can throw her into a panic, and she's learned to cope by maintaining a peaceable attitude and accepting whatever she's given, no matter how little she likes it.

She struggles to roll with sudden changes, and goodness knows her life has been full of them. Living through her parents' separation, crossing the sea with her father at a young age and moving from home to home in their new homeland, she's never known stability, and lives under the imaginary threat that it's all about to be upended again. She sometimes sees danger where there's none, and often avoids threatening situations.

Lavelua's best friend is her emotional support chicken Lili, who's been around since she was ten: her presence makes certain activities immensely easier, such as receiving exam results.

She has a few close friends at Sunset High, particularly Roshnah, and many classmates love her for her ideas and her shoes, which have become the class' communal vandalism space (she does have rules, like "no vulgar words or imagery"). She loves escaping into daydreams, and she always chooses the aesthetically-pleasing option over the bland one, be it a pair of socks or a bus route home.

Lavelua was born in Ohonua, the place where she first found her love for chickens and other livestock. It was a modest place a stone's throw from the sea, but it was also where many things happened that she'd rather forget.

Eventually, her father decided it was imperative to flee her then-mother, moving to a different country where they would hopefully never be found. That country was Havaiki, and they restarted their lives with almost nothing to their names.

Holding down a place was never easy when her father was making his income working a shifting roster of odd jobs that earned him little respect. But fear for his daughter's health kept him searching and trying. They moved thrice before he finally landed work with a food catering company that allowed them to start paying off a flat unit.

Meanwhile his daughter was struggling with the fallout of this turmoil. One early blessing in their stay there was Lili, really a feral chicken from the neighbourhood who took up roost in one of their flowerpots. Now the two are inseparable. Having Lili at her side gives Lavelua the fortitude to handle situations she normally couldn't.

Lavelua enrolled in Sunset Middle School and then High School, the only ones whose fees they could afford. The place's laidback atmosphere has made it possibly the best choice, too.

Her hair texture is very finely coiled, so her hair shouldn't be drawn in waves or locks, outside of her fringe. 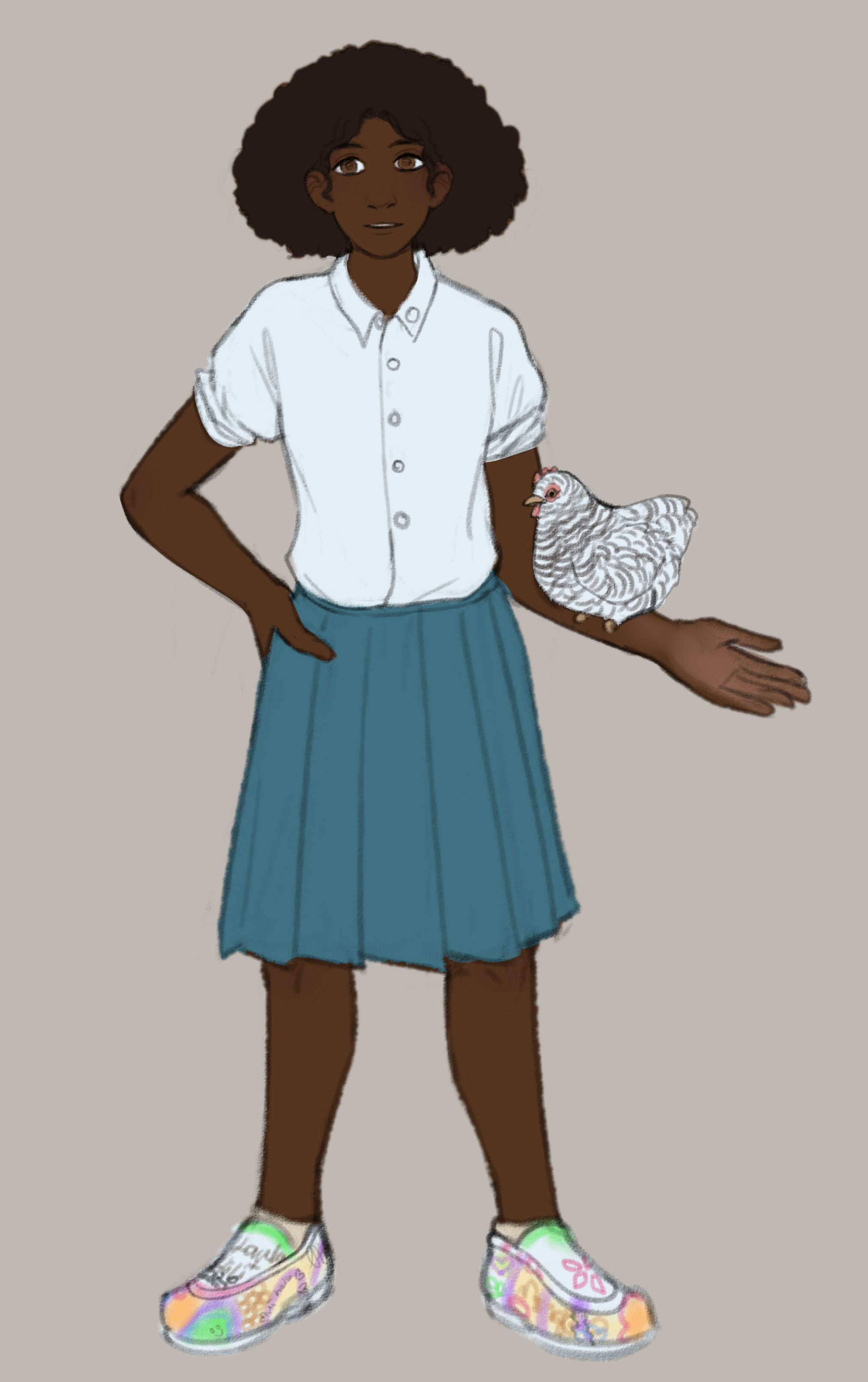