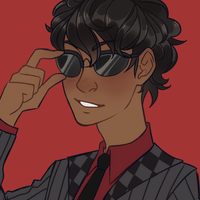 "Right on time. Now, what do you want to know?"

An informant who lives smack-dab in the middle of the Crossroads: a mishmash of worlds and timelines that's as chaotic as it sounds. Deius manages to stand out despite this, thanks to his unique trait of knowing everything. Absolutely everything. All of the past, everything happening now, and precisely what the future will look like. He knows your thoughts, memories, favorite color, and worst fear. He knows how to cook any food, knows how to fix any car, knows how to bend time and space with nothing more than a spoon and a fur coat. Absolutely nothing is unknown to him, not even his own ultimate fate.

Needless to say, the various warring factions in the Crossroads have one thing in common, and it's their need of his services. The one thing they've ever agreed on is not to bring harm to Deius, as the information he'll dispense for a little coin is utterly indispensible. Deius has no fear of betrayal, abduction, death, or just about anything - he's more than happy to kick back in his office, content in the knowledge that he knows exactly what each new second will bring. Follow the script's flow and you'll know true peace: that's the mantra he lives by.

Cool. Confident. Composed. Deius is always in control when he isn't, and it's rare to see a frown on his face. He's easygoing and takes even the most unusual things in stride, feeling at peace due to his omniscience. While such an ability might drive one to madness, make them dread the future, or give them a crisis about the nature of their own will, Deius seems to have a healthy relationship with it. He might know exactly everything he'll ever say or do, but makes no efforts to "break the script," as he calls it, as he claims the script can't be broken.

The script is just that: a script, already written. He says it's a bit of a misnomer to call it a script, since that implies the act of reading or acting it could result in it being read back differently, but that's just what the script has him call it! The way he sees it, it's less that he's reading it before he goes onstage and that he's simply a character who knows there's a script in the first place. It doesn't occur to him to try and change "fate", because he doesn't view it as fate: it's not in his character to not follow the script, and he feels the script is less something he's reading before the show but rather something he's reading afterward. He sees his own future and just thinks, "yeah, that's exactly what I'm going to do". He sees Entirety's future and simply goes "yup, that's exactly what would happen, huh?"

Despite the overwhelming nature of his ability, he comes across as a rather ordinary, if not a bit cocky. Unlimited knowledge doesn't keep him from enjoying hobbies, pursuing new interests, having small talk, and hanging out with people as though he knows nothing at all. Aside from business and some casual mentions of the script here and there, for the most part it just doesn't come up. Even when it comes down to business he'll still do things like ask questions, as if he doesn't know everything there is to know. 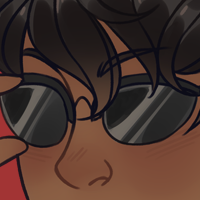 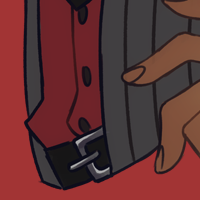 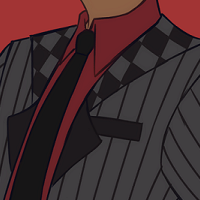 Deius stands at 5'10" and doesn't have much in the way of notable physical attributes. He's fairly average, not much in the way of muscle but still has a maintained build. Maintained is a key word with him: he spends more than a minute on physical grooming, so everything about him is right on point. Bright teeth, neat nails, clean hair, eyebrows right where they should be, not a speck of body hair where he doesn't want it. Still, in some naked void he wouldn't really stand out in a crowd...

...Aside from his eyes, that is. He always wears sunglasses, and while it's mostly for fashion it helps shield Entirety from his eyes. Few have seen them and fewer have dared to speak of them afterward, but they supposedly display something ever-shifting, impossible to focus on and yet impossible to look away from, as though all of the secrets of existence are forced into your own eyes and your brain and comprehend none of it.

Deius is a sharp dresser, seldom seen outside of suits and luxury goods. He likes expensive shades and pricey watches, maybe even a nice jacket here and there. All that informant money's gotta go some place, after all. He favors black and dark reds and likes simple patterns, particularly pinstripe, houndstooth, and checkered patterns in the right places.

Deius is a fairly expressive person despite his level-headed nature, enjoying making a show of himself. His hands and arms are common features, hands often steepled or arms often reclined behind something. He seems to almost make a conscious effort to look relaxed and casual, as if to disarm people who know who he really is, and he succeeds at it in spades.

Nothing too unusual, not too deep but not very high. He has a casual manner of speech, but not overly so - one might call his vocabulary more of a "business casual". He talks like a work buddy, cool and likeable but still just professional enough to not get fired. He doesn't swear terribly often - just when the script calls for it - preferring terms more along the lines of "yikes" or "oof".

Deius' past is a mystery to probably everyone but himself. No one in the Crossroads can remember a time when he wasn't there, hanging around in his neat little office smack dab in the middle of an interdimensional dumping grounds. He's mentioned having a sister who has her own family, so presumably he had some life before the Crossroads and isn't something that was just spawned out of the Crossroads itself, although it's possible that maybe that actually is the case and his sister just moved away afterward.

Whatever the case, Deius was a fixture right from the start, utilized by just about everyone who wanted to lay claim to the Crossroads. His importance has wavered over the eons, but he's never been a nobody. Likewise his own lifestyle has changed around over time, yet he's never strayed far from being someone easily identified as Deius Noceur.

In the past couple decades, he's caught up to his sister a bit. Namely, he fell in love with a woman named Mazarine Perice, and the two of them enjoyed a whirlwind romance for some time before getting married and having a daughter they named Aubergine. Their chemistry was off the charts, their family was happy, and all was well. They decided to buy a house together... and so came the end. Deius and Mazarine were almost immediately torn apart... over what color to paint the living room.

Deius is not a picky man. He has his favorites, sure, but the color of some walls would normally not be a breaking point to him. However, Mazarine was insistent on painting the room taupe. TAUPE! Deius refused, unable to cope with the concept of willingly living in a taupe room. Their differences proven irreconcilable, Mazarine and Deius immediately filed for divorce. They're still friends, and sometimes even seem like they're still married, and they'll even go on family outings sometimes, but what's done is done. She likes taupe, he doesn't... it could never work.

The days, as always, are eventful, especially now that he takes care of Aubergine every other week. Business is booming, and that "the Immortal Guillotine, Aphelion" fellow finally went and revived again, threatening to kill all of the Heads. They hang out sometimes, especially since Aphelion delivers decent pizza, and especially because Aphelion needs his services. Not as much as one would think, though, but that's of no surprise to Deius. After all, Deius told him the truth right away: he was going to win. All that's left for Aphelion now is to figure out the hows and whens...

Someday his thread will get rolling. Someday...

Deius has no particular abilities of note beyond his omniscience, although that's obviously kind of a notable thing. Indeed, Deius knows absolutely anything and everything, and everything he knows is 100% accurate and unchanging. So, in theory he technically knows martial arts and magical incantations and all that jazz, but he never seems to utilize any of that. If you didn't know him, it'd be easy enough to mistake him for an ordinary human being.

Some people doubt his abilities. He's known to lie from time to time, purely because the script calls for it, but it's led some to believe he's a fraud who - while certainly smart and informed - just bullshits everyone and claims he was just lying for ulterior purposes whenever he ends up being wrong. Deius lets people believe what they want to believe, though, since life's just more fun that way.

[ For information on what these stats mean, click here! ]

[ Click a character's name to view their profile! These are only a few of Deius' relationships; check his links page for more! ] 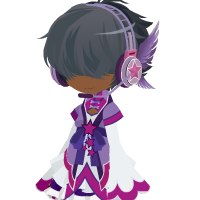 "Best kid around, easy. Feels like I was waiting my whole life for this part of the script. Can't wait to see what she does in life. I mean, I already know, but living it? That's a whole 'nother thing." 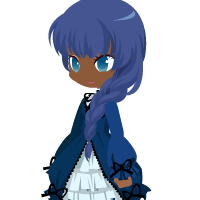 "Ah, Maz. The perfect woman. Never gonna meet another one like her. Shame about the taupe thing, though." 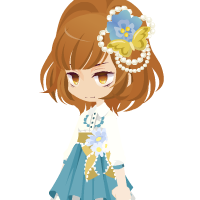 "Lonia's something else. In a good way, though. Haven't had a problem with her yet, and really I never will. Perfect fit for the job, gotta give myself a pat on the back for that." 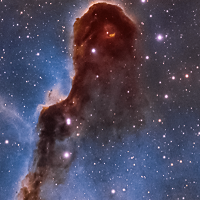 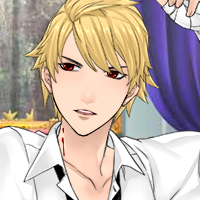 "Been a minute since the last time we met, so it's good to see him again. Shame because we got a couple good Heads right now, but that's life. Also: five-star delivery every time, the man'll move heaven and earth to get there under half an hour." 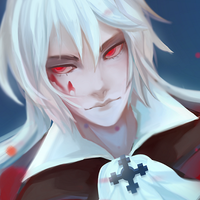 "The Blood King might be my favorite of the bunch. Great conversationalist, always asks for interesting info, easy on the eyes. It's really too bad Aphelion's gonna kill him." 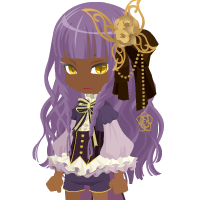 "Can't put a number on the last time we spoke, but I obviously know what she's been up to. Being bitter, mostly. Easy for me to say, but I've always found it funny that she's so mad about losing so much power when she's still probably got an edge over me." 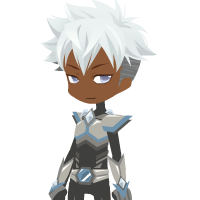 "Wacky kid. A real treat. Calls me Uncle Spaghetti for some reason. I guess there are worse nicknames to have. Anyway, I wonder what it must like to be in their head. Even I can't really comprehend it, and that's saying something." 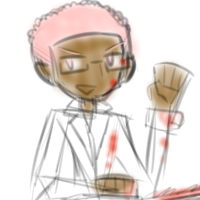 "What a character. I'm honestly not sure how he and Ametrine wound up together in the first place. Must've been some alternate Entirety nonsense. Still, he's a riot at family gatherings. Just in general, really. Chainsawing people back to health, what a concept."

[ This tab details what this OC is like in other Entireties, if applicable. An Entirety is sort of like an AU or alternate timeline, but not quite that since an Entirety can contain multiple of such things. On a meta-level an Entirety is a subforum where my friends and I roleplay with our OCs in a different context than the "main" Entirety (Ent1rety). ] 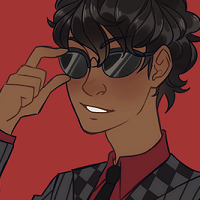 Deius' life isn't much different in En2rety aside from the Crossroads being under 2gnis' control. All it means is that he sees his nibling 2hiro and ex-BIL Doctor Chainsaw around more often and that his customers tend to be more purple now. He makes plenty more money now, what with the value of his ability to an empire seeking to conquer all of existence, so he doesn't have much to complain about.