Your favorite design by the person above!

I thought about how there are games to pick your favorite characters or art from the person above, but not one for designs specifically!

Like those other games, for this you'll go to the profile of the person who posts above you, but click on their "Designs" tab INSTEAD and pick your favorite-- based ONLY on the character's visual design, not their profile or personality. For this game, it's fine to pick designs that the person created but don't currently own. Then talk about what you like about the design!

Have fun guys! The first person can just claim and get a free response.

Want to play more OC compliment games? (Unlike this game, these aren't design-specific)

All my forum games and threads

this bunny guy is so cute! the skin tone compliments all the pastels nicely i think :0 i love the stockings too haha 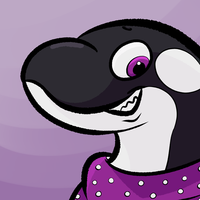 Your designs in general are pretty rad, but I love Eliza so much. I can't recall seeing another leopard gecko character, so seeing one is really awesome. I also appreciate that she has a feminine appearance without looking too humanoid. The pink is muted enough to work well with the colors of her body, and the hair and lips are also executed well. Also, I just really like her fashion sense.

The contrast between Baz and James color-wise....I never even thought about that. Good eye. 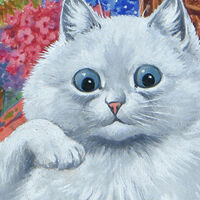 Baz has a simple design that just... strikes me as really charming for some reason?? the simplicity fits him fairly well as that contrasts against his fleshed out personality. seeing that you plan to get into animation someday iirc, it also works because it means that animating and drawing him will be easy, always something nice when it comes to characters falling under the medium of animation. plus, his design complements the design of James really nicely; Baz is monochrome while James is really bright, which makes the connection between the two all the more impactful!!

on a less analytical note, I just also happen to really like birds, especially corvids, so he just screams "valid" to me tbh lmao-

Mikhin is super cute! I'm always a fan of Pokemon, and I love Snivy~ The rounded leaves on the tail works well with the fact that she dislikes fighting and the long frill on the neck gives off the finicky and careful traits she has as well. I'm also a fan of the longer tail! anyways! i really like ramu! her hair is 10/10 would steal and honestly i'm a huge sucker for ram horns and demons in general, i have quite a few. she seems like a really fun person to hang out with, i really like this line from her bio "If she's not flirting with her patrons, she's probably listening to their woes." that's just a really neat idea in my opinion and she's a cool take on a succubus character!

I uh, didn't design that character lol. I don't even own that one

whoops! i had a bunch of tabs open at the time and i must have been totally in the wrong tab like an idiot!
super sorry! i fixed my claim!!