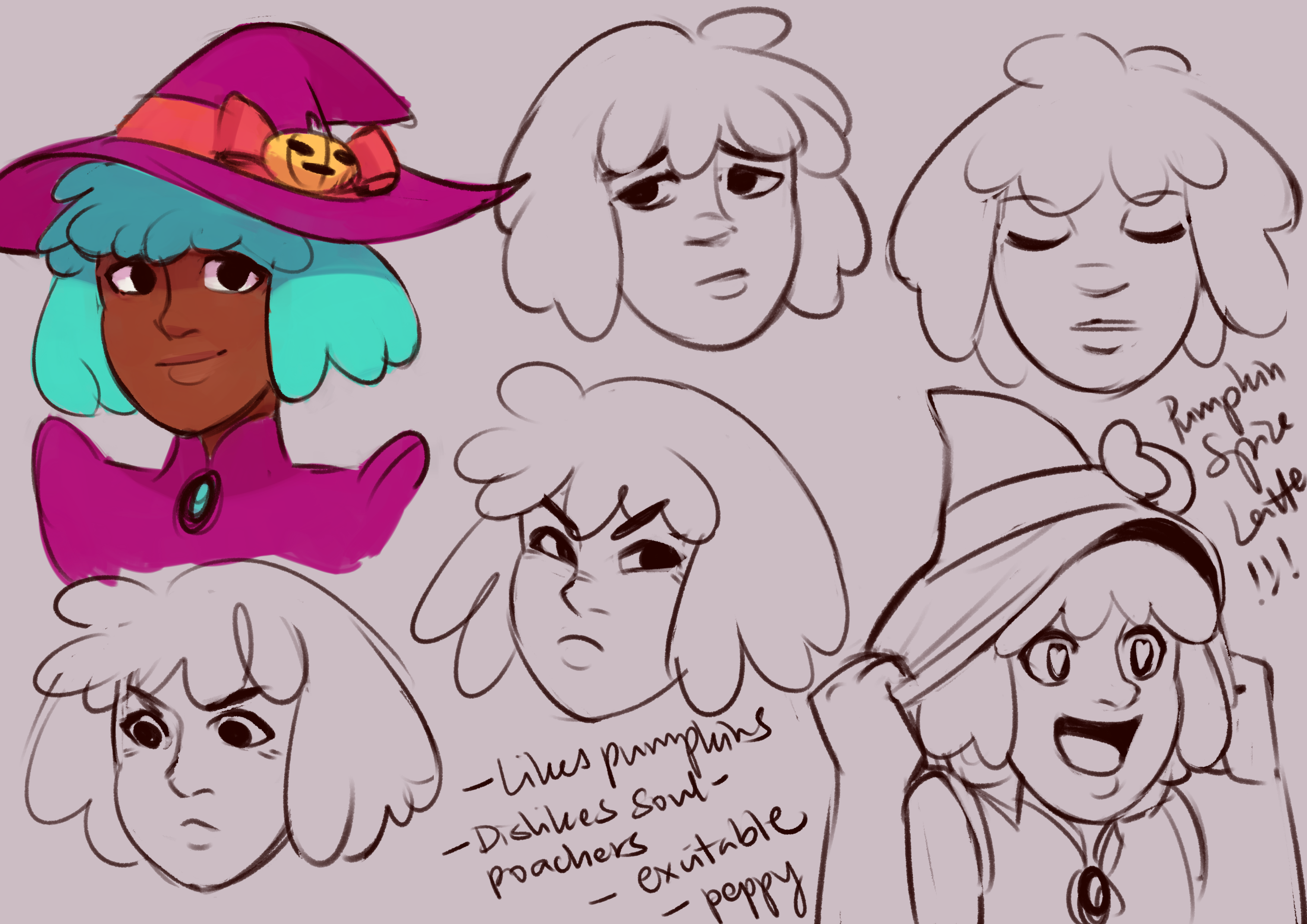 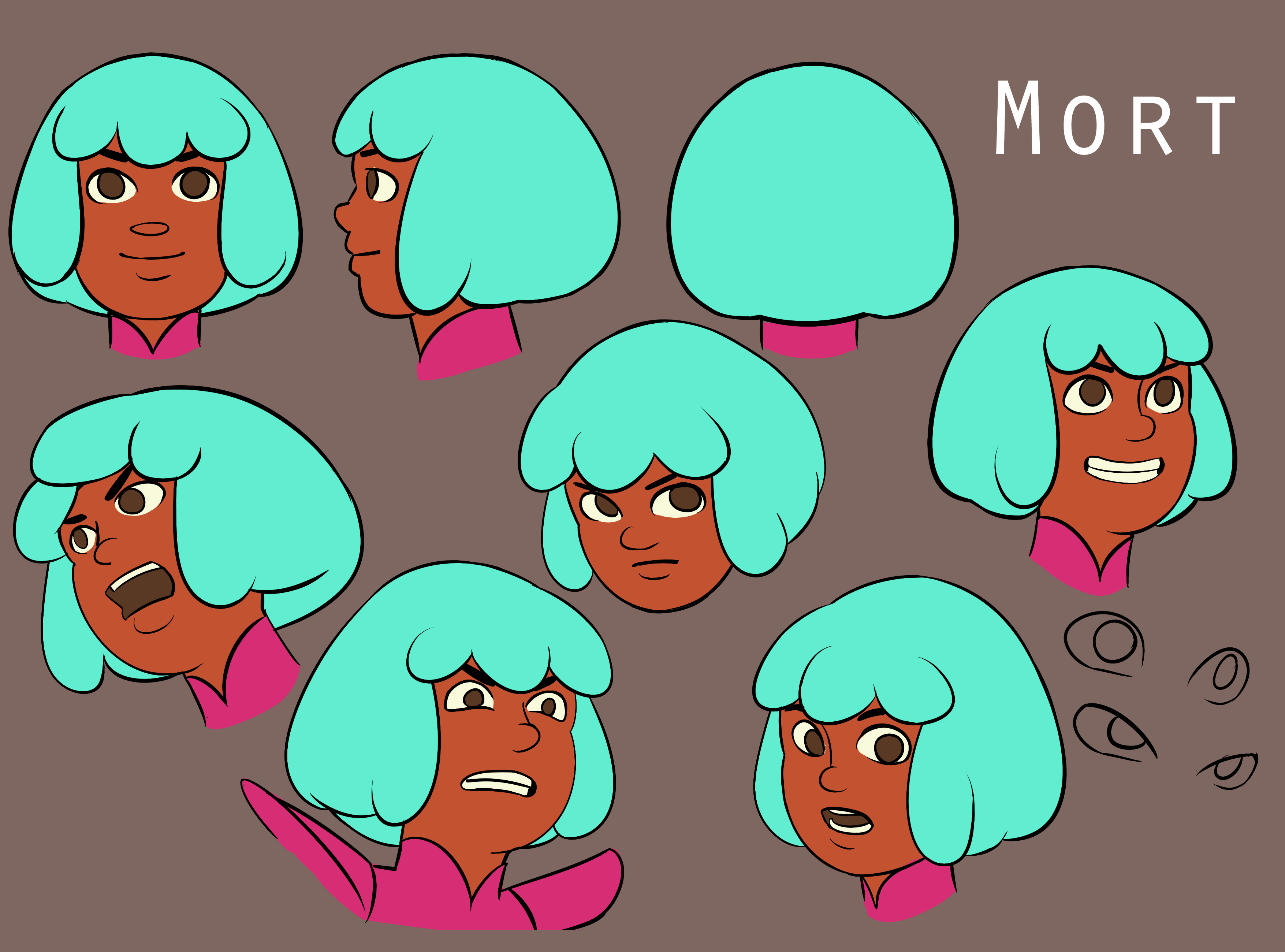 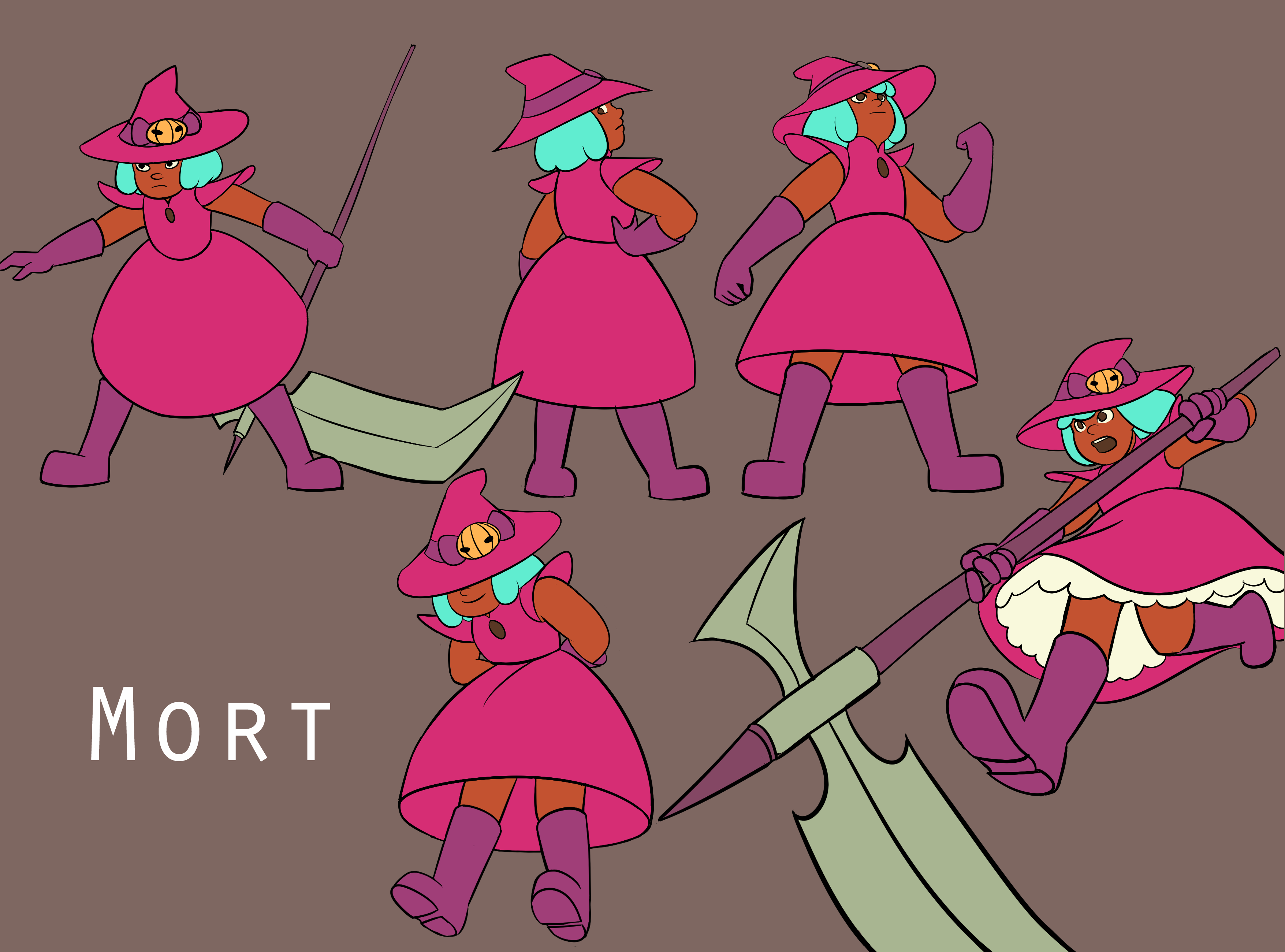 Mort is a peppy immortal child who loves all things Halloween, especially pumpkins. She may be a reaper, but she dresses like a witch because she really liked those back when she was alive and thought nothing would be cooler than getting to look like one every day. The bureaucracy of Death may not be terribly flexible, but its dress code is practically nonexistent—there's too many death festivals to manage, too many ghost escapees to catch, for the superiors to really bother with the minutiae of what their employees use their shapeshifting privileges to conjure up for themselves.

Anyway, Mort thought she was being real clever when she came up with her alias as a play on her given name Morana. She's silly, she's fun-loving, she loves cute mascots like the plushie pumpkin she wears on her hat, and is elated that she's gotten the chance to live again (in a way).

That is, until it comes to business. No one's more determined to do her soul-taking job well, and with as much passion, as Mort. In particular, because hers was a life that was taken unfairly, she really hates people who cheat death and get away with living longer than they should.

Mort died in a vehicle accident at thirteen; she queued almost two years for a hearing at her city's court of death. Her patience paid off when she was ruled to have died in an unjust manner at an unfairly young age, and was offered the chance to live again as a reaper, with the task of gathering up the souls of the imminently-dead, and pursuing death-evaders.

She was initially sceptical of having to perform a job that involved dealing death to the living, but she missed being alive too much to refuse, and took it on. While he job itself is hard, its perks truly delighted her, especially her freedom to travel to any part of the world via fire, as did the fact that she could visit her family and experience the sensations of the real world again (albeit invisible, being still a ghost of sorts).

Over three-odd years she has worked, she has grown more comfortable in the necessity of her job even though, every now and then, a particularly draining assignment comes along. Her pet peeve is Amari, a magician from Umbar who has escaped death countless times, both onstage and off it.