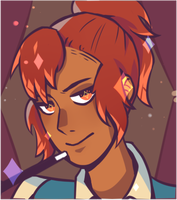 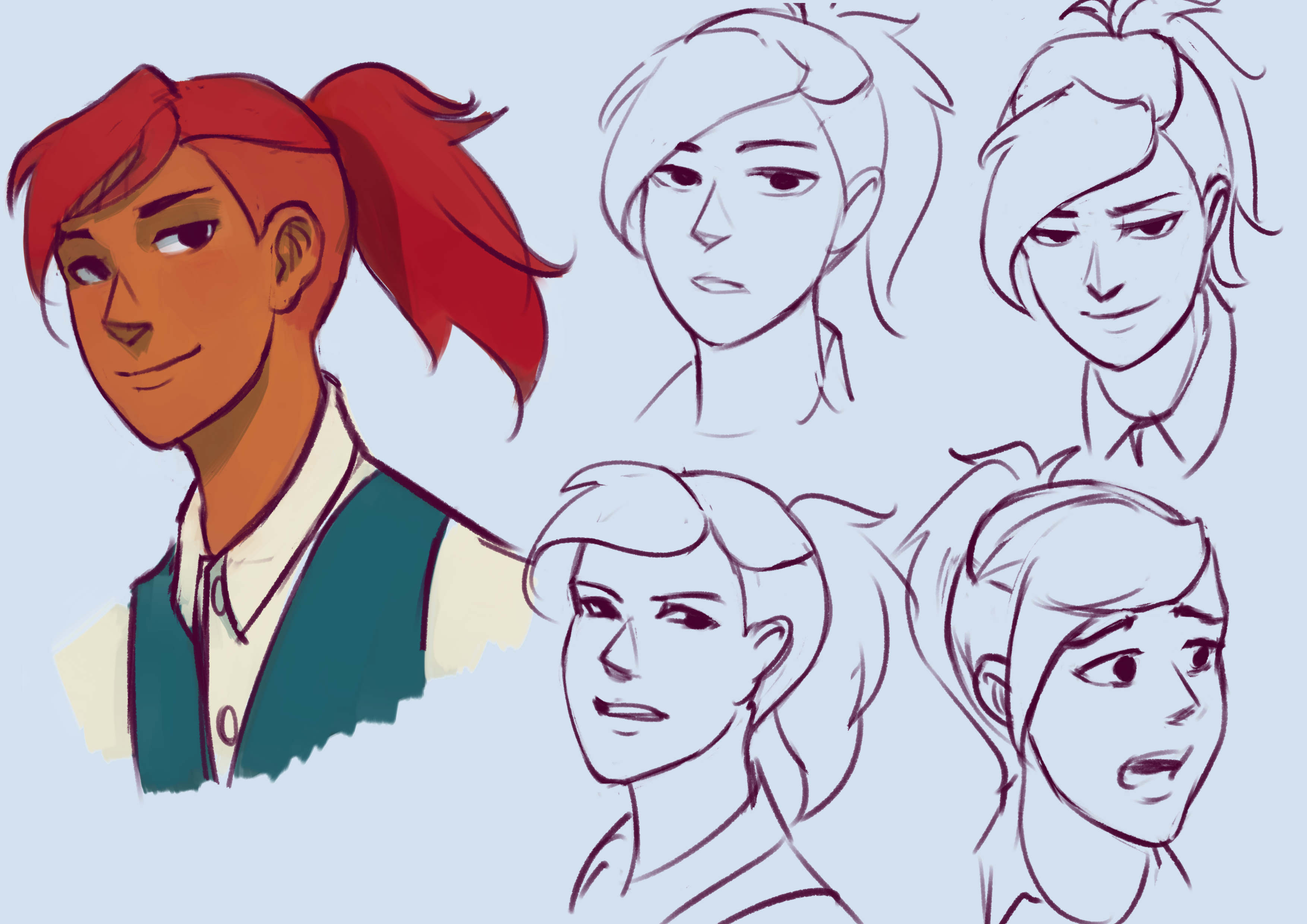 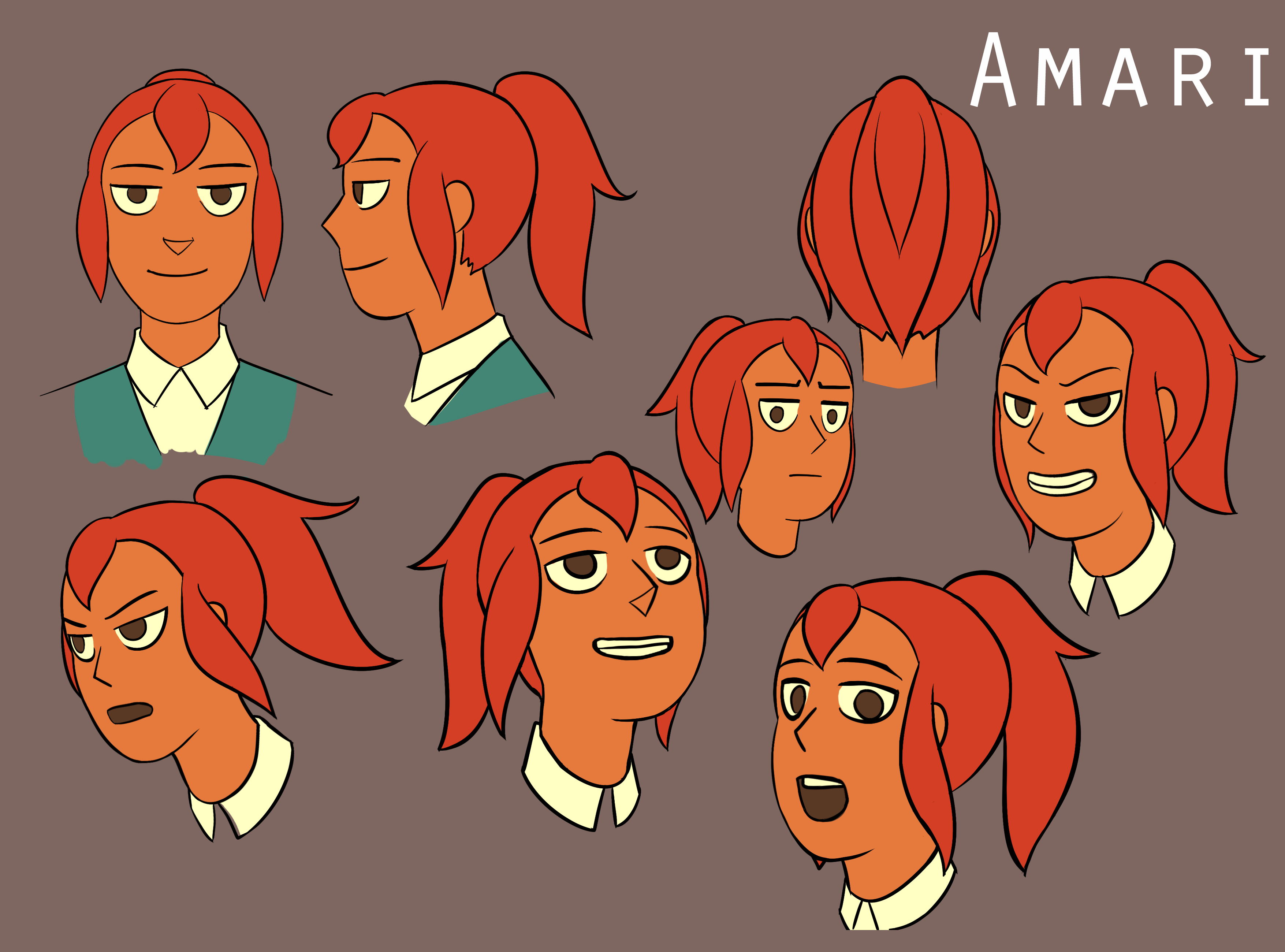 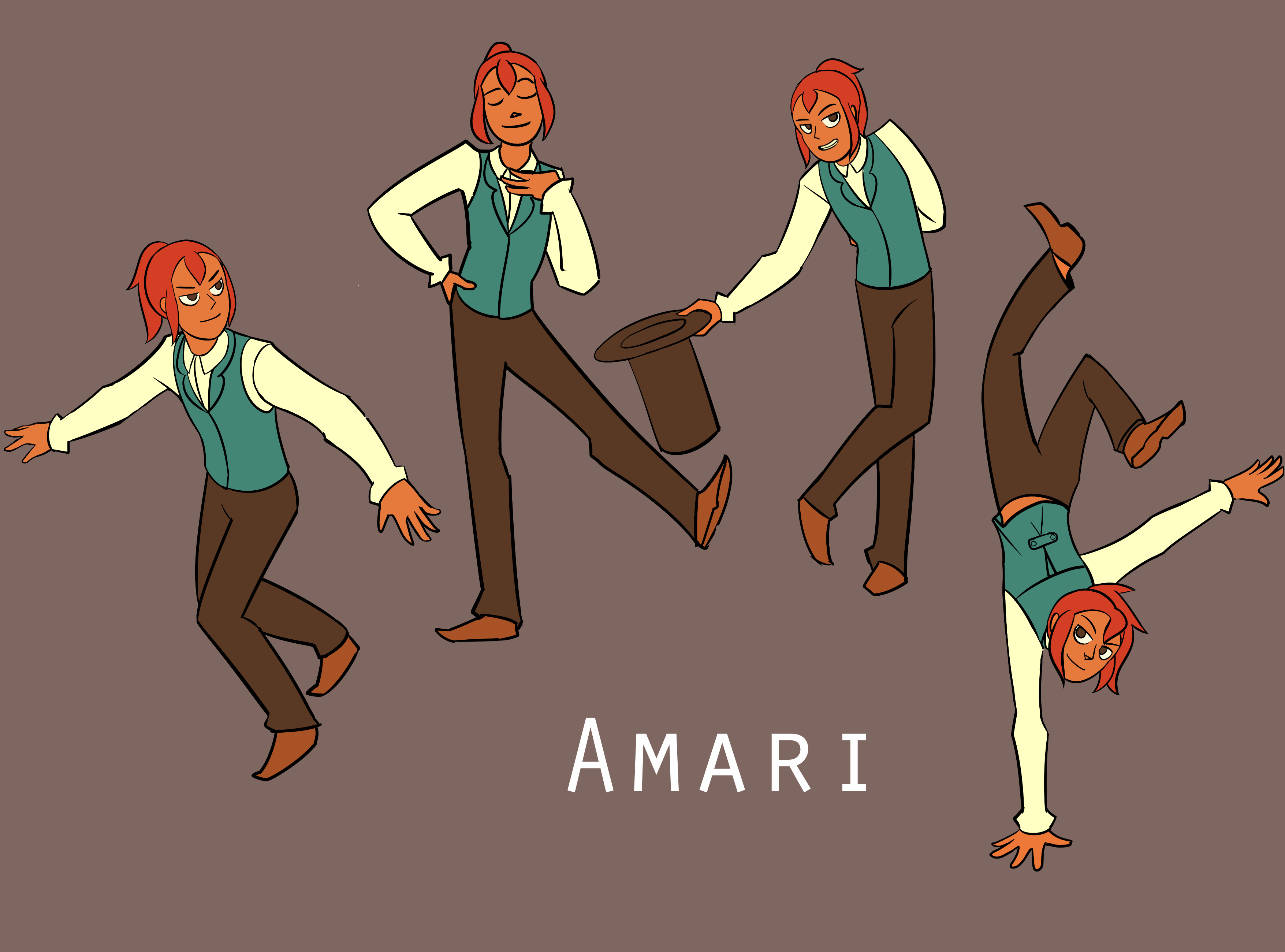 Amari takes pleasure in meaningless diversions: games, jokes, riddles, pointless capers among other things. They're deft with their hands and a consummate actor, talents they could well have put to use as a thief or con artist, but their love for attention and mystifying others, as well as their unerring commitment to doing good (as they define it, anyway), led them to the natural conclusion that they should become a magician instead.

As slippery as a fish, Amari is impossible to catch in one place, especially if you're trying to do so. Creative and quick-witted with a keen eye for detail, you can always trust them to find a way out of a pickle—much to the frustration of their enemies, particularly a reaper named Mort, who is as tireless in her pursuit of them as they are capable of slipping out of her grasp.

Possessing the ability to see dead things, and fascinated with the bureaucracy of death, which they have gradually begun to understand, they have made it their mission to keep snatching souls from the edge of death to offer them a second lease of life...without paying much mind the the notion that death might be better for them, sometimes.

Amari wasn't always capable of seeing the beings of Death. Angels, reapers, ghosts, all became visible to them when they drowned in a river on the outskirts of Umbar and were saved by the minor spirit Musad, who fished their soul out of the current of death as he was bowing his head to drink.

Because the process of dying had been arrested midway, they now straddled the line between living and dead, and were now able to see beings from both sides. This state of being came with a few other perks: they weighed almost a fraction of what they once had, and were as such far more agile than before.

Along with their already existing penchant for trickery and their ownership of an ancient wand of teleportation, they took to performing death-defying feats for audiences seeking thrill.

One day, they happened upon the reaper Mort in the process of reaping the soul of a sickly homeless child. Deciding to pay Musad's favour forward, they sent the child to safety, garnering Mort's eternal hatred.